Feb 14, 2017 4:29 PM PHT
Jee Y. Geronimo
Facebook Twitter Copy URL
Copied
Environment Secretary Gina Lopez is unfazed by the move of the mining industry to block her confirmation by the Commission on Appointments 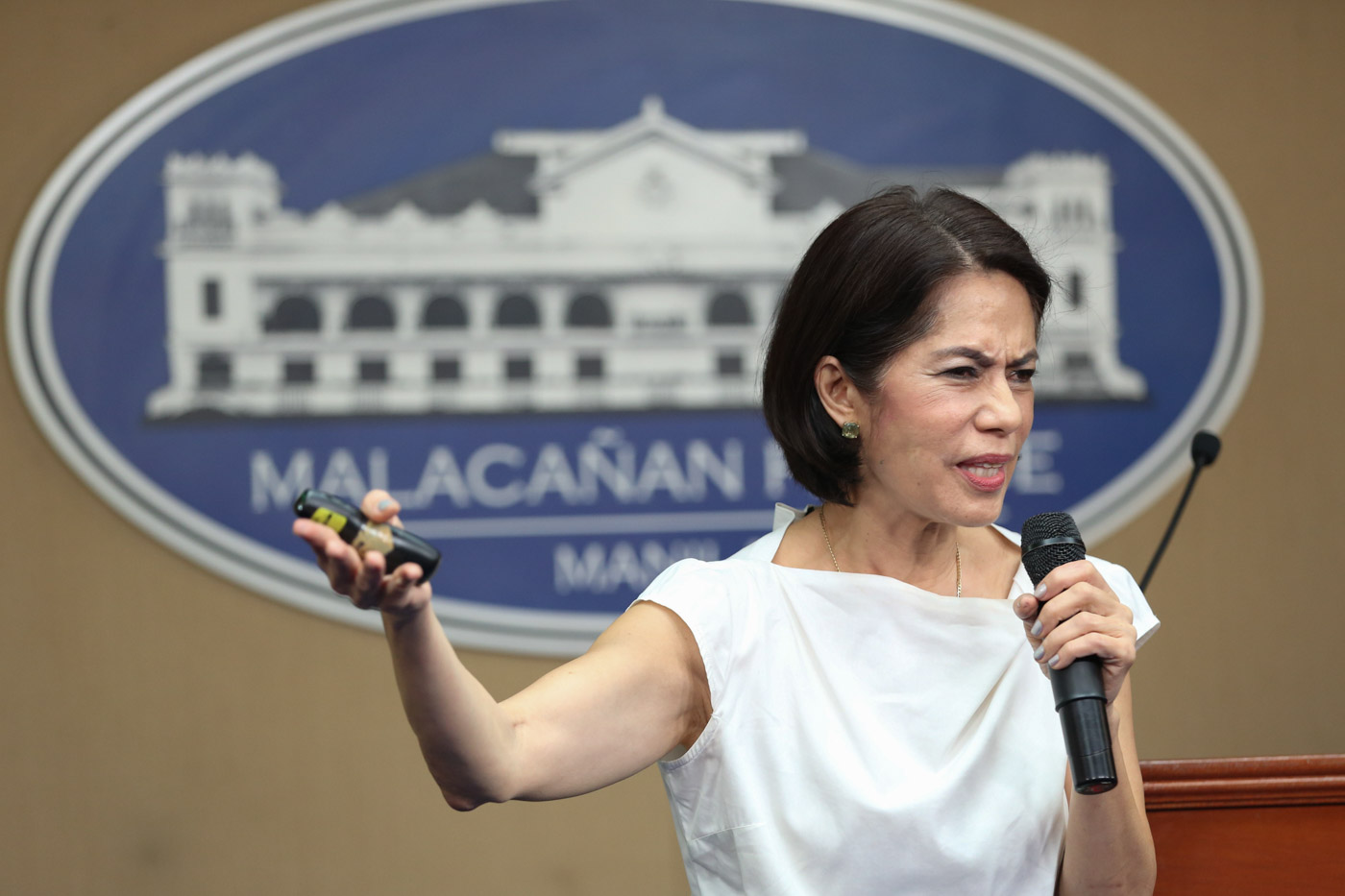 MANILA, Philippines – Environment Secretary Gina Lopez said she asked for the deferral of her Commission on Appointments (CA) hearing to March 1 so she can come up with a plan for mining communities affected by her suspension and closure orders.

“I want to have the time to be able to show that there is a way….Part of the process is I’m coming up with a plan,” Lopez told reporters during a press conference on Tuesday, February 14.

On February 2, Lopez ordered the closure of 23 mining sites in the country and the suspension of 5 others.

She said she will go to Dinagat Islands and Surigao within the month to talk to “local government units, church, academe, displaced workers, farmers, and fishermen.”

“You can’t and must not build an economy based on suffering, where a few benefit and everyone else suffers. So we do an economic plan there….and we come up with a viable plan that will have results in the shortest possible time and if the Commission on Appointments asks, I will show them [that] I’ve gone around,” she explained.

The Chamber of Mines of the Philippines (COMP) on Monday, February 13, filed a two-page position paper opposing the confirmation of Lopez as environment secretary. COMP said the miners tried to work with Lopez, but “her recent actions have been influenced by her prejudices.” (READ: Miners band together to oppose Gina Lopez’s confirmation)

On groups opposing her confirmation, Lopez on Tuesday said it’s the “reality of the Philippine situation” that “mining money funds political campaigns.”

On Tuesday, Lopez ordered the cancellation of 75 mineral production sharing agreements (MPSAs) in watersheds all over the country.

The Department of Environment and Natural Resources (DENR) will issue show cause orders on Tuesday and Wednesday, February 15, after which mining companies will be given 7 days to reply.

According to the DENR, these MPSAs were approved by the department before Lopez’s term. – Rappler.com