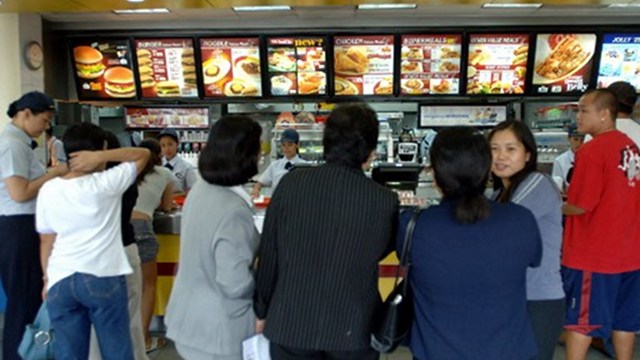 MANILA, Philippines – Homegrown fastfood giant Jollibee Foods Corporation saw its net income in 2016 surge by 24.6% to P6.14 billion in 2016, from P4.93 billion in 2015, after it registered its highest number of new stores last year.

Jollibee said in a disclosure to the local bourse that it opened a total of 340 stores last year, of which 243 are in the Philippines, while 97 are abroad including China, the US, Southeast Asia, and Middle East.

This is the highest number of store opening in a single year in the history of the fastfood firm.

To sustain the company’s continued growth, Jollibee said it will spend P14 billion in capital expenditures for 2017.

“In 2016, we opened the most number of new stores in JFC’s history,” Jollibee chief executive Ernesto Tanmantiong said in a statement.

“This was made possible by improving the return on investment on our stores and by increasing our organization’s capability to build and open more stores in better locations and with better quality than ever before on a worldwide basis,” he added.

“We look forward to continued strong profitable growth in the years ahead in the Philippines and abroad,” Tanmantiong added.

Same store sales growth pertains to restaurants that were already open for at least 15 months. It excludes sales growth from new store opening.

Fourth quarter system-wide sales in the Philippines grew 14%, while foreign business grew 14.5% with China growing by 6%, US by 19.4% and Southeast Asia and Middle East by 33%.

This was the foreign business’ highest quarterly sales growth in 2016 and was driven by the recovery in China, particularly the Yonghe King brand.