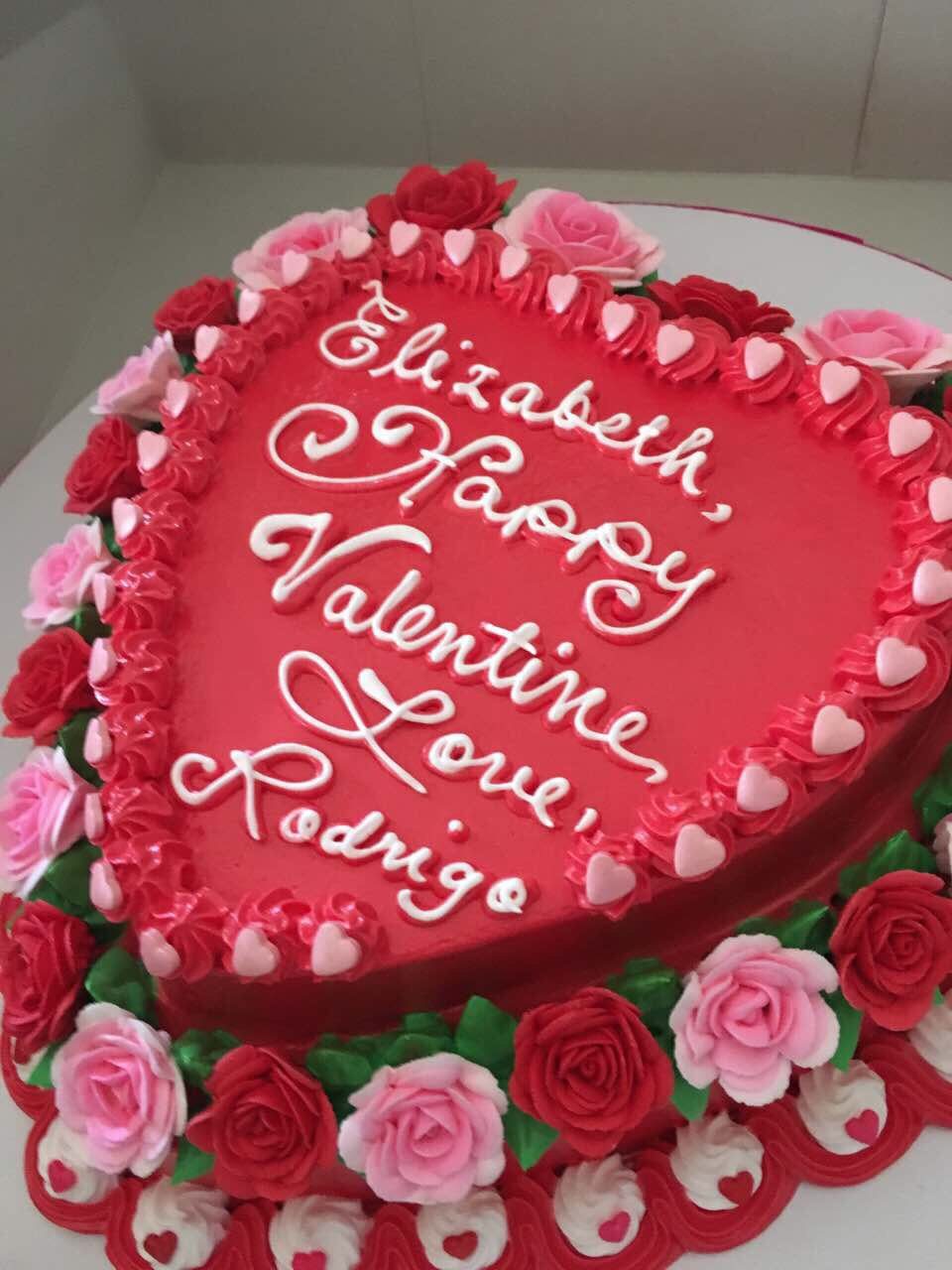 MANILA, Philippines – His first year as President of the Philippines did not prevent Rodrigo Duterte from keeping his Valentine’s Day tradition: sending flowers and a cake to former wife Elizabeth Zimmerman.

The President sent Zimmerman, the mother of 3 of his children, a bouquet of red roses and a heart-shaped red cake both bearing the message, “Elizabeth, Happy Valentine. Love, Rodrigo.”

Davao City Mayor Sara Duterte, the President’s only daughter with Zimmerman, said that while they do not see their father on Valentine’s Day, he has never failed to send gifts to her mother. In 2016, despite being in the middle of his presidential campaign, the older Duterte sent Zimmerman flowers and a cake.

The President spent his February 14 in the company of his second family, common-law wife Honeylet Avanceña and their 12-year-old daughter Veronica.

He retreated with them to his rest house in the countryside, Barangay Carmen in Davao City. – Rappler.com