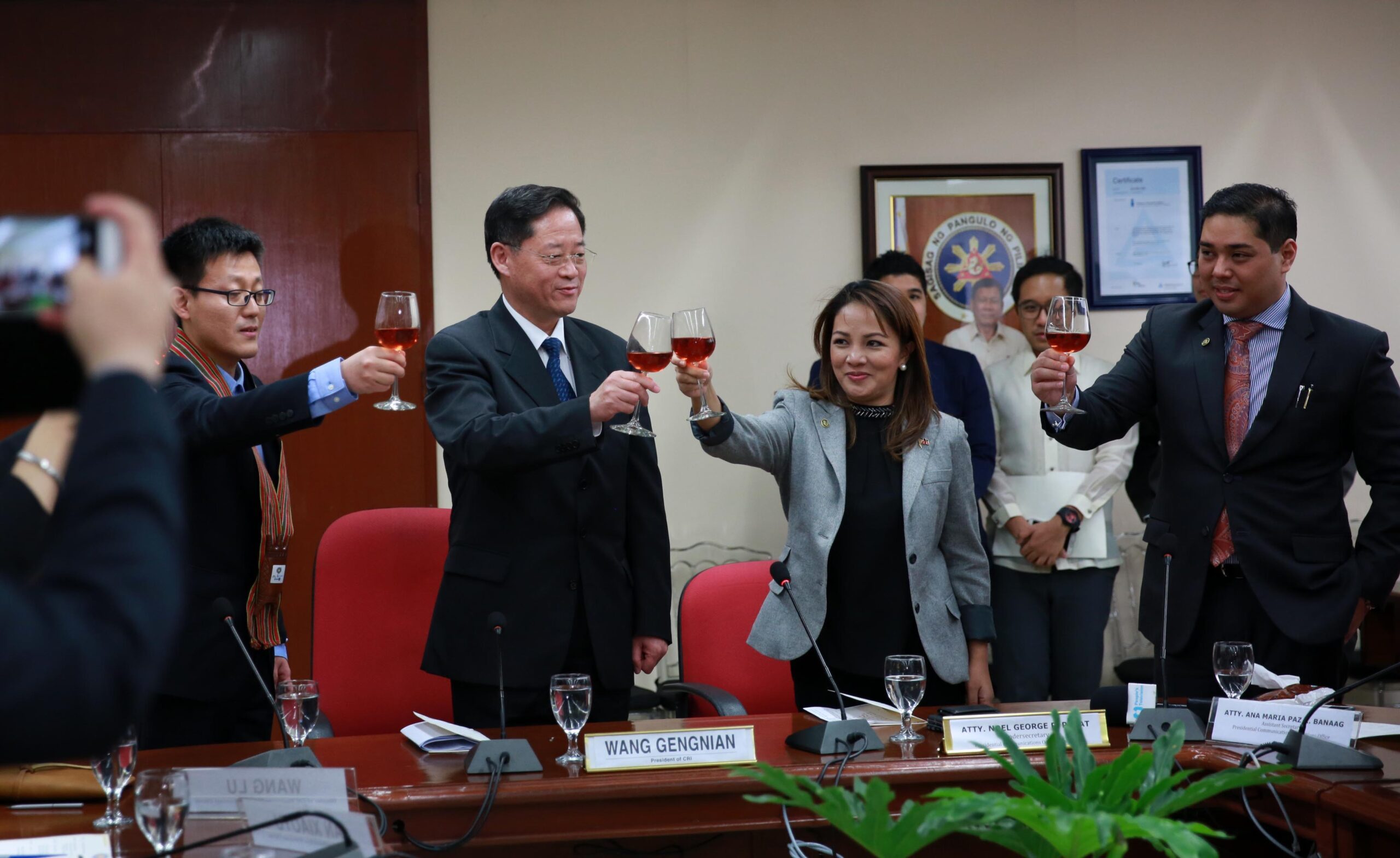 Officials of the PCO and China Radio International (CRI) signed the memorandum of agreement at the Philippine Information Agency in Quezon City on Tuesday, February 14.

The signing of the deals comes months after the PCO and China’s State Council Information Office signed a MOA on news and information exchange, and training. The deal was among 12 signed during President Rodrigo Duterte’s state visit to China in October 2016.

The visit led to the “full recovery” of ties between China and the Philippines and paved the way for other forms of cooperation, for instance, in infrastructure and acquisition of defense equipment.

Undersecretary Noel Puyat and Assistant Secretary Marie Banaag represented the PCO at the signing ceremony, while CRI president Wang Gengnian represented the other side.

The two agencies agreed on cooperation between CRI and Philippine government-run media outfits, all overseen by the PCO.

Both CRI and the PCO’s affiliated media outfits agreed to conduct “news production related” training for the other party’s staff that could last from 3 months to a year, with expenses to be discussed by both parties.

There will also be sharing of content between the two agencies as a result of the MOA.

CRI and the PCO agreed to use each other’s copyrighted material as long as the user acknowledges the source in its reports and programs.

For urgent and major events in the Philippines and China, the two agencies agreed to assist each other in information gathering by conducting joint interviews online, on-air, or via phone call.

Under the MOA, the PCO will assist CRI in its bid to put up its first Philippine bureau.

CRI broadcasts and maintains online sites in different languages, including Filipino. According to CRI Online Filipino, CRI has been airing its half-hour “Serbisyo Filipino” Filipino-language program since October 30, 1965. – Rappler.com