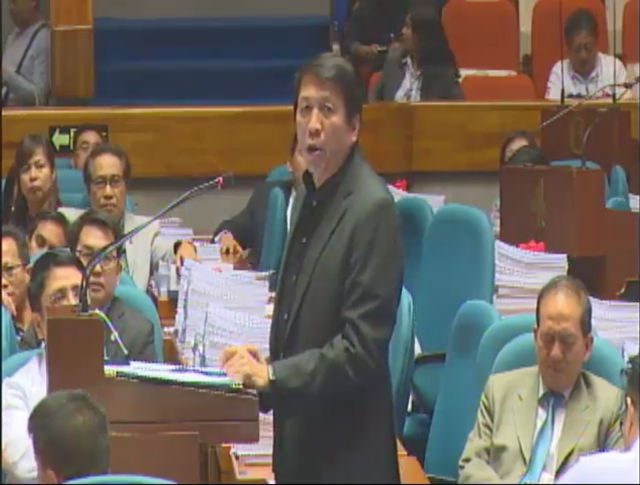 During the session on Wednesday, February 15, Fariñas said he will be calling for a caucus among the more than 260 congressmen in the majority bloc to ask them if they still want to debate on House Bill (HB) 4727.

Fariñas said the plenary debate, which Speaker Pantaleon Alvarez wants to be finished by March 8, will end if that’s what the majority bloc lawmakers decide on.

This comes after a heated exchange between Deputy Speaker Raneo Abu and Albay 1st District Representative Edcel Lagman, who wanted the session to be adjourned since he claimed two hours into the session that there was no quorum anymore.

During the roll call of members at the start of the session, 202 congressmen were present. Section 75 of the Rules of the House of Representatives states that congressmen cannot transact business without the presence of a majority, also known as a quorum.

For several minutes, Abu and Lagman argued about how the House rules should be interpreted. Buhay Representative Lito Atienza also jumped in to defend Lagman’s argument.

Session was then temporarily suspended as Fariñas, Abu, Lagman, Atienza, and other lawmakers huddled to resolve the conflict on the floor.

It was after this huddle that Fariñas issued his warning to the 50 anti-death penalty lawmakers lined up to interpellate HB 4727’s sponsors.

“Because they want to speak, we are accommodating them to speak. But when they speak, they demand that at least 51% should be present here to speak. Eh ‘di na namin problema ‘yun kung walang gustong makinig sa inyo (It’s not our problem anymore if no one wants to listen to you),” said Fariñas.

He said lawmakers can opt to watch the death penalty debate in their own offices because the session is being livestreamed on the House website.

Fariñas added that congressmen can also read the news about the session.

“I will now lay on the floor that we will meet in the committee on rules… and I will call for the caucus of the majority. And if the majority says, ‘Enough debates already. Let us vote on the matter,’ eh maski gusto ko po kayong pagbigyan, kung ayaw na ng nakakarami, eh baka mapilitan po kaming itigil na ang debate dito at pagbotohan (even if I want to accommodate you, if the majority doesn’t want to, then we may be forced to stop the debate and just vote on the bill),” said the Ilocos Norte 1st District Representative.

The Majority Leader already issued a similar warning against those opposing the death penalty measure on February 7. – Rappler.com