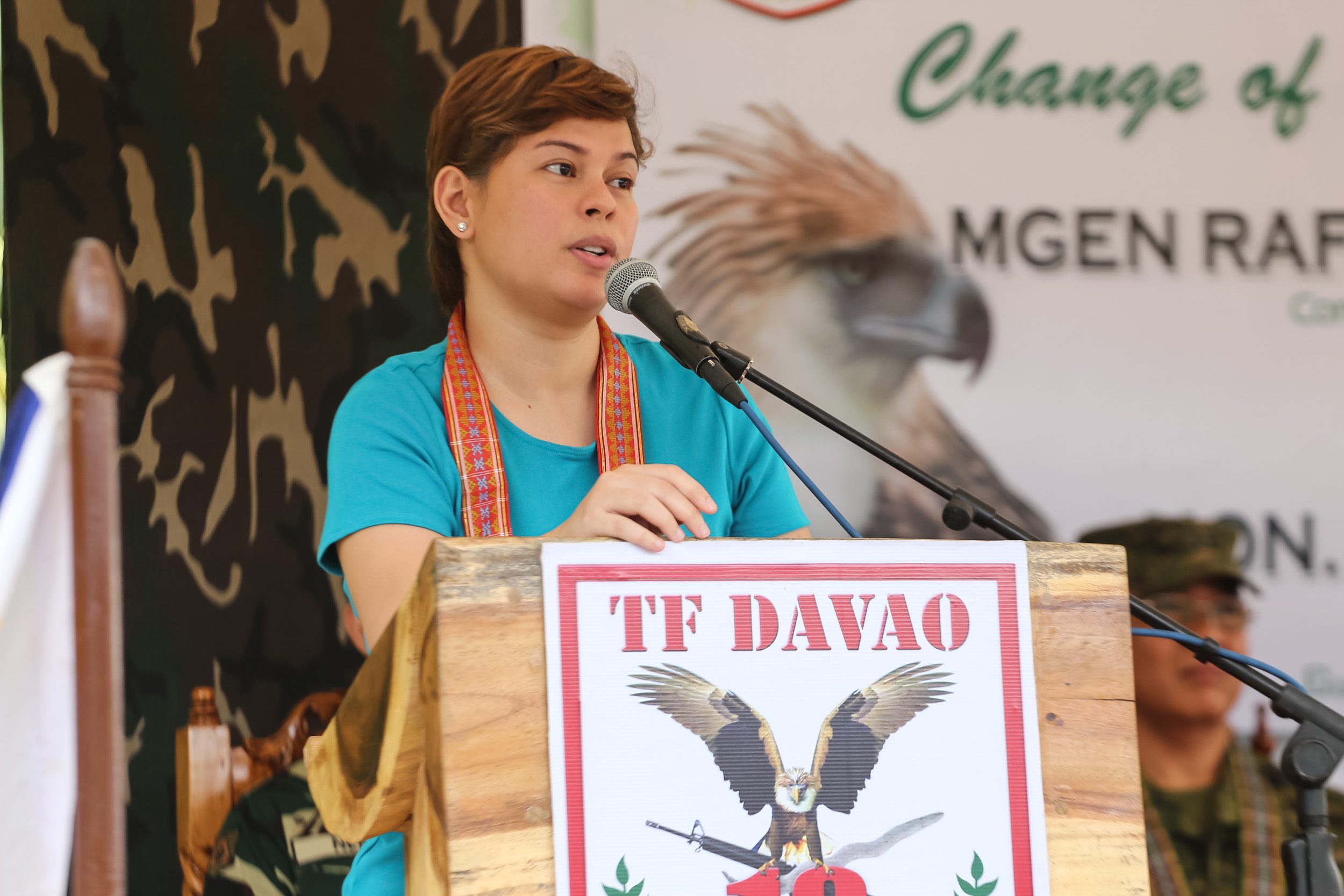 MANILA, Philippines (UPDATED) – Davao City Mayor Sara Duterte-Carpio and Vice Mayor Paolo Duterte on Thursday, February 16, responded to the accusations of Senator Antonio Trillanes IV about the alleged millions of pesos in transactions to bank accounts under their names.

In a statement sent to media on Thursday, Sara, the eldest daughter of President Rodrigo Duterte, said, “If Trillanes can show where my alleged P121 million is right now and how it became illegal, kunin natin at ibigay ko sa inyo lahat (let’s get it and I’ll give it to all of you).”

Responding to claims that her family has been deceiving the public for years, Sara said, “Wala akong postura labas sa kung ano ang nakikita ng lahat (I am not putting up a front). I never pretended to be what I am not.”

Documents presented by Trillanes to media early Thursday supposedly show transactions involving millions of pesos to bank accounts under the President’s name and that of his family members.

Sara stopped short of directly addressing the lawmaker’s claims, saying she would leave it up to her father to deal with the accusations. (READ: Campaign donor gave P118M to Honeylet, 3 Duterte kids – Trillanes)

“I read the press statement of Trillanes and the challenge to answer the allegations was addressed to the President. Let us allow PRD (President Rodrigo Duterte) to decide on how he wants this issue to go down,” she said.

Duterte has since responded to Trillanes’ allegations through a video message late Thursday night, saying he would resign if the senator can prove his claims in court.

“He earlier accused me of being a drug user and when I had proven that I am not, now he accuses me of having millions in questionable wealth,” Paolo said.

“From drug test and now bank test. If I may suggest for him to take a psychiatric test as something is very, very wrong with his mind.”

Paolo added that if Trillanes can prove he has millions of pesos in the supposed bank accounts, he would “give them all to the victims of the earthquake in Surigao.”

Sara’s name also cropped up when Trillanes first raised the issue of the “secret” bank accounts before the 2016 elections.

Duterte, then a presidential candidate, dismissed the allegations as “garbage” but showed Bank of the Philippine Islands documents that showed the balances of the accounts in question.

However, Trillanes was not satisfied by these documents because he had asked Duterte to reveal his entire bank transaction record, which Duterte has not yet shown.

On Thursday, the senator made public documents that supposedly show the transaction history of the bank accounts that had as much as P2.4 billion, spanning the period 2006 to 2015. – Rappler.com