Robredo: Relocation sites in Bulacan to have potable water soon 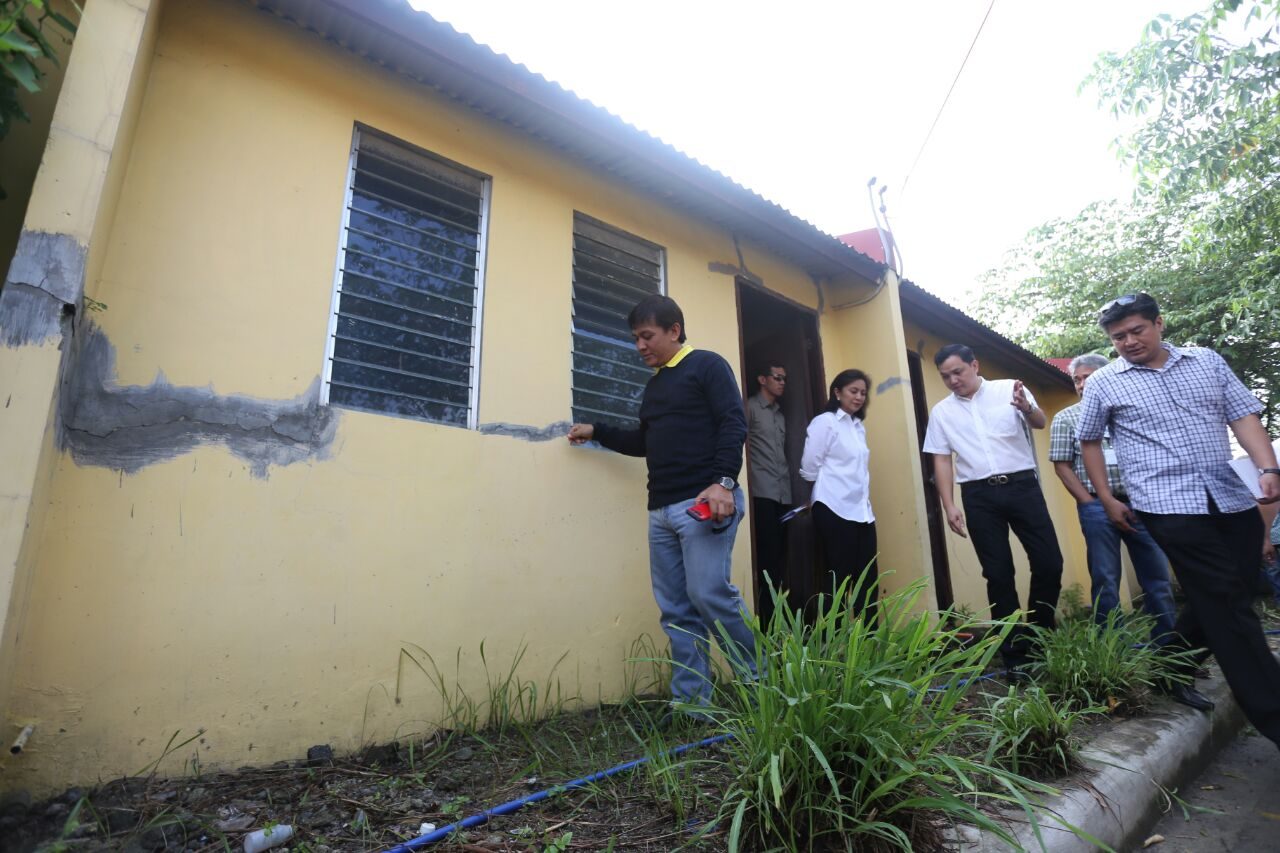 Facebook Twitter Copy URL
Copied
The Office of the Vice President signs a memorandum of agreement with Maynilad and local water providers to ensure water supply for housing sites in Norzagaray, Pandi, and Bocaue

MANILA, Philippines – Lack of basic utilities has long been a problem in several relocation sites for informal settlers, but residents of some housing units in Bulacan will soon have access to potable water.

Vice President Leni Robredo, former housing chief, said her office forged an agreement with concerned agencies to ensure the provision of water in relocation sites located in the municipalities of Norzagaray, Pandi, and Bocaue in Bulacan.

“Within the year we expect that the relocation sites in Pandi and Norzagaray will have water already,” said Robredo in a forum organized by Phinma Properties on Thursday, February 16.

The Office of the Vice President (OVP), through its anti-poverty platform Angat Buhay, signed a memorandum of agreement with the local government units, water providers, and the Local Water Utilities Administration (LWUA) last January.

The agreement states their specific pledges and roles in providing water for Pandi and Norzagaray. (READ: VP Robredo pushes for creation of housing department)

Meanwhile, the OVP also met with Maynilad to tackle the water crisis in a relocation site in Bocaue, Bulacan. Robredo said Maynilad earlier proposed to source water from the lines of Philippine Arena, the multipurpose arena owned by the religious group Iglesia ni Cristo (INC).

“The INC agreed already (water tapping). There is already a MOA between the Philippine Arena and Maynilad. I think on Wednesday, we’re meeting them in our office to talk about the details. We are also talking to local water providers. It looks like water will be provided already,” said Robredo in a mix of English and Filipino.

During her 5-month stint as chairperson of the Housing and Urban Development Coordinating Council (HUDCC), Robredo visited several relocation sites to identify and assess the problems on the ground.

Among the most pronounced concerns is the lack of water and electricity in the areas, aside from their far-flung locations away from the settlers’ source of livelihood.

The Vice President resigned from the HUDCC last December 5 after Malacañang ordered her to stop attending Cabinet meetings. Since then, Robredo has incorporated housing as one of her office’s advocacies in its drive against poverty.

Launched in October last year, Angat Buhay is the OVP’s platform that connects government agencies and the private sector to poor local government units in need of aid.

“The Office of the Vice President has very limited resources. I think we have the smallest budget in the entire bureaucracy. But with you guys there, we’d just do the sales pitch. When we see a need, if you can give us an opportunity to present that need and for you to help us create models where we can replicate many good business practices,” said the Vice President.

Currently, Angat Buhay has teamed up with 300 private institutions and at least 50 local government units in need of assistance in alleviating poverty. – Rappler.com