Military ‘ready’ for war on drugs, vows no TokHang 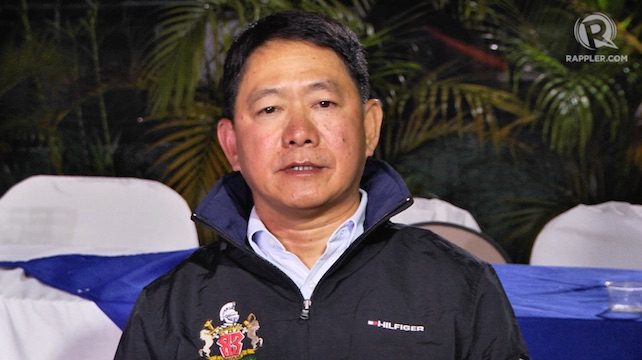 Facebook Twitter Copy URL
Copied
The Armed Forces of the Philippines will create a 500-man task force to assist the Philippine Drug Enforcement Agency, but the AFP's main focus will still be internal threats

BAGUIO CITY, Philippines – Armed Forces of the Philippines (AFP) chief General Eduardo Año has made arrangements with the Philippine Drug Enforcement Agency (PDEA) to obey the orders of President Rodrigo Duterte to help in the war against illegal drugs.

“We are ready to operate with PDEA. PDEA is main [operating unit]. We are just support. Nag-usap na kami (We have talked). We can start operations kung mayroon na (as soon as there’s a) target package,” Año said in a press briefing on Saturday night, February 18, in Baguio City. (READ: Duterte to military: I need you in leading the country)

But the military will not carry out Oplan TokHang, the controversial police strategy of literally knocking on people’s houses to persuade suspected drug pushers and users to surrender. Cops have been accused of abuses under the campaign, with at least 2,555 killed in police operations since July 1, 2016.

“The AFP will not do that. We will not be involved in running after street pushers,” Año said.

The AFP chief plans to create a battalion-size task force that will help PDEA in running after high-level drug syndicates. Año emphasized that the military’s main focus continues to be addressing internal threats such as local terrorist group Abu Sayyaf.

“There will be an AFP task force with PDEA. Not the whole AFP will be conducting anti-drug operations. Our mandate is still to run after internal threats to the country,” he said.

The AFP chief added that he met with PDEA Director Isidro Lapeña even before the President announced he was ending the cops’ drug war because of the murder of a Korean businessman that exposed how the campaign has been abused by corrupt cops.

Año said they renewed and adjusted an existing memorandum of agreement (MOA) between the AFP and PDEA to follow Duterte’s specific instructions.

The Department of National Defense earlier asked Malacañang for an executive order (EO) to provide a legal basis for the AFP to make arrests in connection with the war on drugs, a power that traditionally lies with the police.

Año said the EO is still necessary to allow training for personnel who will be part of the military’s anti-drug task force. The unit will be composed of about 500 soldiers and may still be expanded based on the need.

The new task force is separate from the existing Task Force Noah, which weeds out drug users in the military and shares information to other government institutions.

Año also said the new task force will have its own strike force. – Rappler.com