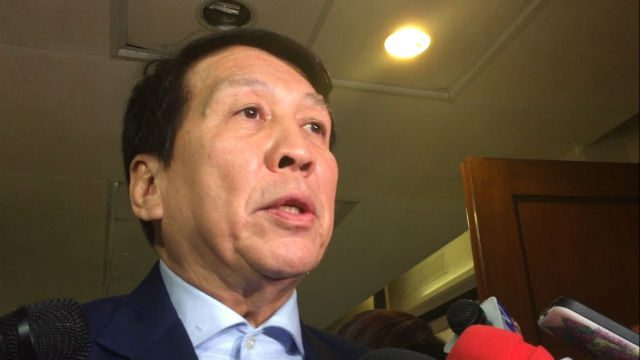 Majority Leader Rodolfo Fariñas revealed this to the media after a majority caucus on Monday, February 20.

“We agreed to whittle it down to the minimum number of offenses: drug-related offenses and then plunder and then treason,” said the Ilocos Norte 1st district representative in a mix of English and Filipino.

He also issued a statement on Tuesday to clarify that rape will also stay under the bill.

In its current form, House Bill 4727 lists down a total of 21 crimes to be punishable by death. But with the latest majority decision, only the following crimes will be included in the measure:

Other crimes like murder and possession of drugs will be removed from HB 4727.

Congressmen have also agreed to remove the mandatory penalty of death in the bill, giving judges the option to punish perpetrators of heinous crimes with either life imprisonment or death.

“We all agree that treason – especially now in our challenging global situation where there are problems in our properties, territories – that giving aid and comfort to the enemy is against the state and that it is [a] heinous crime which would merit death penalty, depending on the circumstances,” said Fariñas.

This was met by public criticism, prompting Alvarez to clarify that plunder remains in the bill and proposed changes can only be finalized during the period of amendments during the session. (READ: Plunder cases in the Philippines: Was anyone punished?)

This was echoed by Fariñas.

“Plunder, so we included it. I mean, to maintain it in the bill. Media had the notion that it was removed from the bill. We did not remove anything. In fact the bill, as it stands, includes plunder and 20 other offenses. So upon our agreement, we will introduce an amendatory bill,” he said.

Fariñas added that the majority bloc has agreed to terminate the death penalty debate by February 28, a week earlier than Alvarez’s original deadline. – Rappler.com