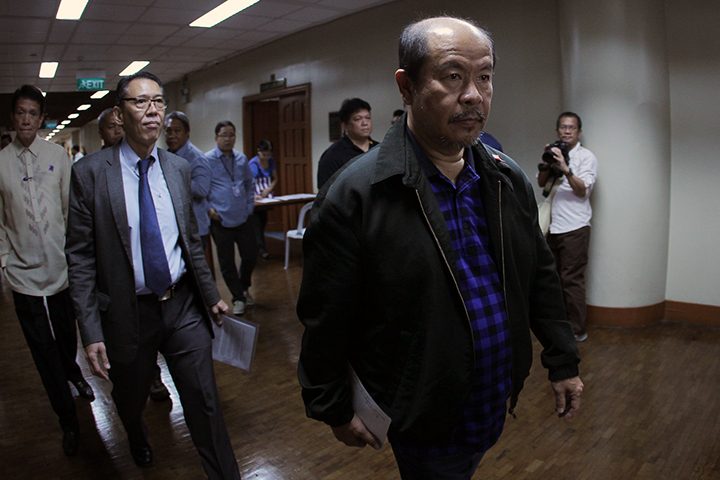 Is second time’s the charm? This manic week brings explosive revelations by a second-time witness doing a 360 against President Rodrigo Duterte. Then there’s the communications secretary who never seems to tire of alienating mediamen, first the Palace journalists and now the Senate media. And who would have thought the Comelec would find itself in a second possible data breach within the span of a year?

Jose Manuel Diokno, Arno Sanidad, and Alexander Padilla have taken up the case of retired policeman Arturo Lascañas, who is linking President Duterte to death squad killings. Who are these lawyers? They’ve been defending human rights in and out of court in the last 4 decades. The three belong to the Free Legal Assistance Group (FLAG), a nationwide human rights lawyers organization that provides free legal assistance. But before Lascañas, there was self-confessed former Davao Death Squad member Edgar Matobato stories. Which information from Matobato does Lascañas corroborate? He talked about the killing of radio broadcaster Jun Pala in 2013, the death of religious leader Jun Barsabal and the Mosque bombing of 1993. And who is Lascañas, the man who said “blind obedience should end now”? Communications Secretary Martin Andanar is at it again. He claimed he received reports that as much as $1,000 was given to members of the media for them to cover the press conference of retired SPO3 Arturo “Arthur” Lascañas. This is the same secretary who said Palace reporters “misreported” on the President’s statements despite video and transcripts that corroborate the journalists’ accounts. The Senate media dared Andanar to prove his “unsubstantiated and irresponsible” claims that they were offered $1,000 as bribe. They also told him to apologize for his “fake news”. The Commission on Elections confirmed that a copy of the national voters’ list was on a computer that was stolen in January at the poll body’s field office in Wao, Lanao del Sur. The list contains the demographics data of nearly 76 million voters but not their biometrics data. Only the biometrics data of voters in Wao are on the stolen computer. National Privacy Commissioner Raymund Liboro said, “This is the 2nd breach involving the Comelec voter registration database” in a span of less than a year. The Philippine peso depreciated further to P50.23 against the dollar on Monday, its weakest performance in a decade, weighed down by the political uncertainties in Europe and optimism ahead of America’s tax plan. Vice President Leni Robredo called for an investigation into the killings of environmental defenders, following the death of a Bohol-based lawyer. She said, “It is alarming that in the first 7 months of this administration, there are already 12 environment advocates who have been killed.” Members of the House majority bloc on Monday watered down the controversial death penalty bill to include just 9 crimes: plunder, treason, and 7 drug-related offenses. In its current form, the death penalty bill lists 21 crimes to be punishable by death. House Majority Leader Rodolfo Fariñas said treason, in light of Manila and Beijing’s dispute on the West Philippine Sea and South China Sea, merits the death penalty. House Speaker Pantaleon Alvarez earlier said majority bloc lawmakers wanted to remove plunder from the bill. This was met with public criticism, prompting Alvarez to backtrack. 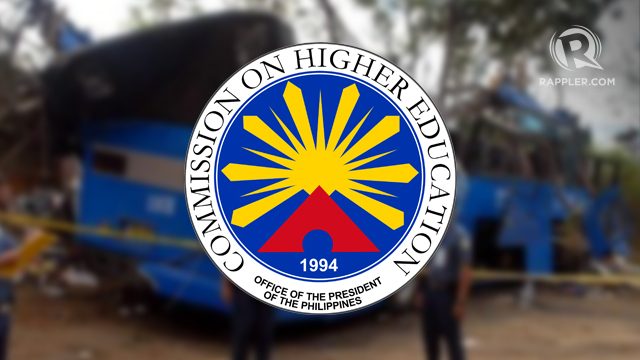 Commission on Higher Education Commissioner Prospero de Vera III wants an immediate temporary ban on all field trips and educational tours until a probe into the Tanay bus accident is completed. At least 15 people were killed after a bus traveling along Sitio Bayucan in Barangay Sampaloc, Tanay, crashed into an electric post on Monday, February 20. The bus was taking around 50 students from BestLink College of the Philippines to a camping trip in Tanay. Donald Trump tapped counterinsurgency strategist and Army lieutenant general H.R. McMaster as his national security adviser Monday, hoping to course correct after his first pick resigned and his second turned down the vital post. The announcement ended a one-week search to replace Michael Flynn, who lasted less than a month on the job. Flynn was forced to resign after questionable contacts with the Russian government and revelations that he lied about them to the vice president and the FBI. Disney has released a brand new clip from the Beauty and the Beast live-action movie! In the 1-minute scene, Emma Watson as Belle walks through the village as she and townsfolk sing the classic “Belle.”