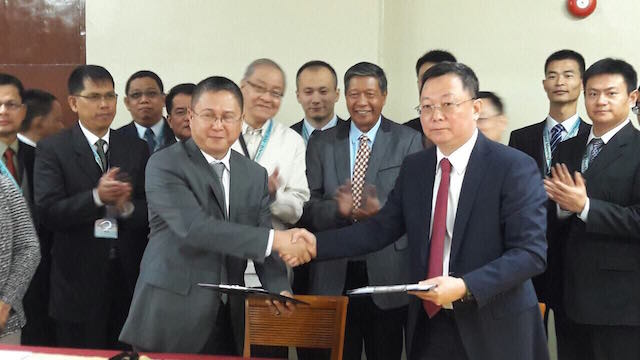 MANILA, Philippines – The coast guards of the Philippines and China lined up joint drills to be conducted within the year to implement an agreement that President Rodrigo Duterte signed during his state visit to China in October 2016.

Balilo said there will be drills on search and rescue, oil pollution management, boarding, and law enforcement, particularly on combating drug trafficking and other transnational crimes.

Officials of the China Foreign Affairs Ministry and China Coast Guard were in the Philippines for 3 days this week, February 20-22, for the 2nd meeting of the Joint Coast Guard Committee (JCGC). The committee’s task is to enhance relations amid territorial disputes over the West Philippine Sea (South China Sea).

The two coast guards have adopted implementing guidelines for the memorandum of understanding signed by Duterte and Chinese President Xi Jinping, as well as terms of reference for the working groups that will implement the agreement.

The Philippines is seeking warmer ties with China following years of shutting down communication lines. Manila filed an arbitration case against Beijing before the Permanent Court of Arbitration in The Hague, Netherlands, which dismissed China’s sweeping claims over the South China Sea. China refused to acknowledge the ruling, however. – Rappler.com