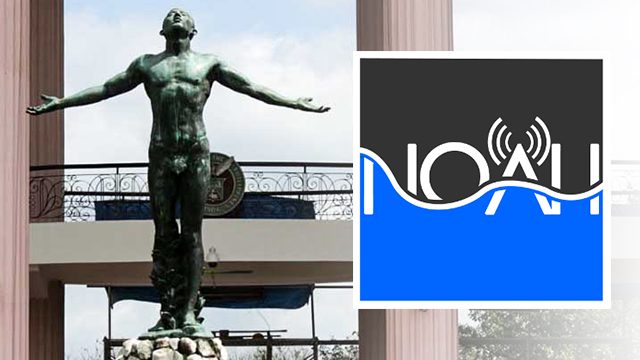 Facebook Twitter Copy URL
Copied
Project NOAH 'has literally been a lifesaver for millions of Filipinos threatened by natural disasters like floods, landslides, and storm surges....UP is happy to welcome it into its fold,' says UP president Danilo Concepcion

MANILA, Philippines – Five days before the country’s flagship disaster management program is set to end, the University of the Philippines (UP) Board of Regents approved a proposal to adopt Project Nationwide Operational Assessment of Hazards (NOAH).

“The program will now fall under the Office of the President in UP,” the university confirmed in a statement on its website on Thursday, February 23.

“The project’s benefits go far beyond its research value. It has literally been a lifesaver for millions of Filipinos threatened by natural disasters like floods, landslides, and storm surges. It deserves a new lease on life, and UP is happy to welcome it into its fold,” UP president Danilo Concepcion said in the statement.

Project NOAH executive director Mahar Lagmay said in a text message to Rappler that there are ongoing talks between him and Concepcion on how this will proceed.

“We were a program in need of a home,” the UP statement quoted Lagmay as saying.

“UP is an interdisciplinary community and will make the perfect home for us, given that our disaster problem will grow even bigger in the future. We remain deeply grateful to DOST (Department of Science and Technology) for having hosted us, and we look forward to complementing the work of its agencies toward our common goal of mitigating the effects of disasters on our people,” Lagmay added.

In a previous statement, the DOST, where Project NOAH began as a research program in 2012, said that state weather bureau PAGASA will take care of the tools and technologies it developed in the past years.

However, the two institutions have yet to address this. “It is now between UP and DOST to discuss. But all deliverables are open access as always,” Lagmay told Rappler. – with a report from Gwen de la Cruz / Rappler.com