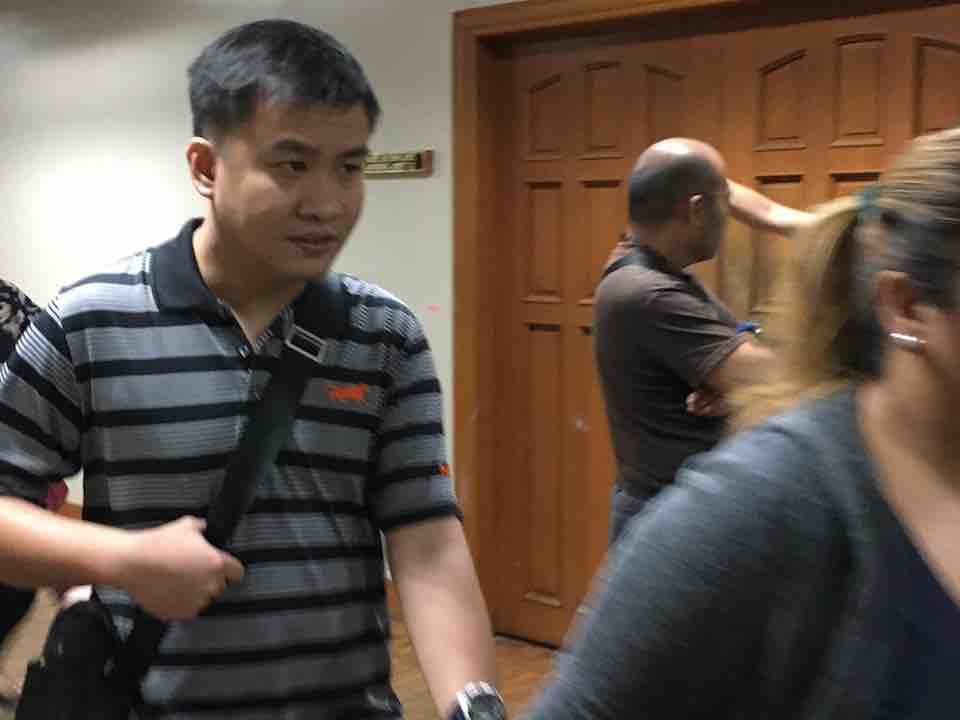 Israel Bohol, 33, was seen entering the office of his mother at around past 10:30 pm.

De Lima earlier went home after her camp reached an agreement with Interior and Local Government Secretary Mike Sueno that she would be arrested Friday morning.

But she failed to meet her two sons Israel and Vincent at home. She rushed back to the Senate after finding out that the arresting team from the Criminal Investigation and Detection Group (CIDG) was on its way to her house to arrest her.

Later in the evening Thursday, De Lima’s office said the CIDG gave the senator until 10 am Friday before she would be arrested. Senate sergeant-at-arms Jose Balajadia said on radio dzBB they expected the arrest warrant to be served before 10 am.

De Lima, a week ago, met with her family, including her siblings, to psychologically prepare them for her impending arrest.

She said she intentionally did not include her 83-year-old mother and her son Israel, who has a special condition, in the meeting.

(There was an arrangement. I was not going to escape, I wasn’t going to evade them that’s why I was confident that I would be staing overnight in the house. The decision suddenly changed. Looks like it was the decision of Director [General Ronald] Dela Rosa. – Rappler.com