IN PHOTOS: Thousands gather at Luneta to support Duterte Facebook Twitter Copy URL
Copied
(UPDATED) It is a show of force to support President Rodrigo Duterte. It also coincides with the 31st anniversary of the EDSA People Power Revolution.

MANILA, Philippines (UPDATED) – An estimated crowd of hundreds of thousands – said to reach as many as 400,000, according to organizers – gathered at the Quirino Grandstand Saturday, February 25.

It was a show of force to support President Rodrigo Duterte that also coincided with the 31st anniversary of the EDSA People Power Revolution.

Some members of the Cabinet like Justice Secretary Vitaliano Aguirre II and Health Secretary Paulyn Ubial were seen at the Luneta and spoke briefly on stage. Others who attended the rally came from Cavite and as far as Davao.

Flor Selma from Davao said she fears an alleged plan to overthrow Duterte. Hasana Panolong from Bacoor, Cavite came with Mayor Lani Mercado who reportedly paid for their expenses going to the Luneta. Others who came said they were told by their mayors and councilors the President was coming. He is in Davao.

The program is expected to end at about 2 am, Sunday, February 26.

All photos by Rambo Talabong. – Rappler.com 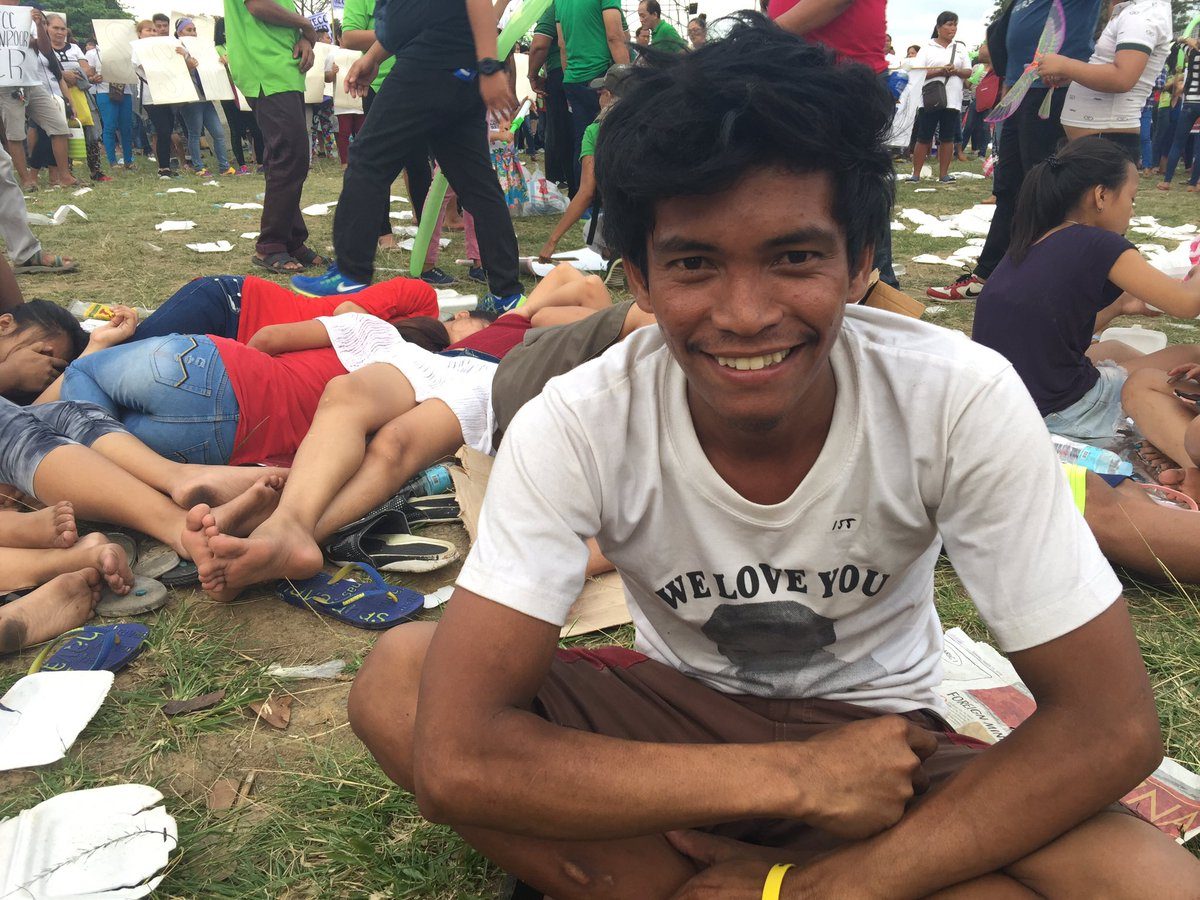 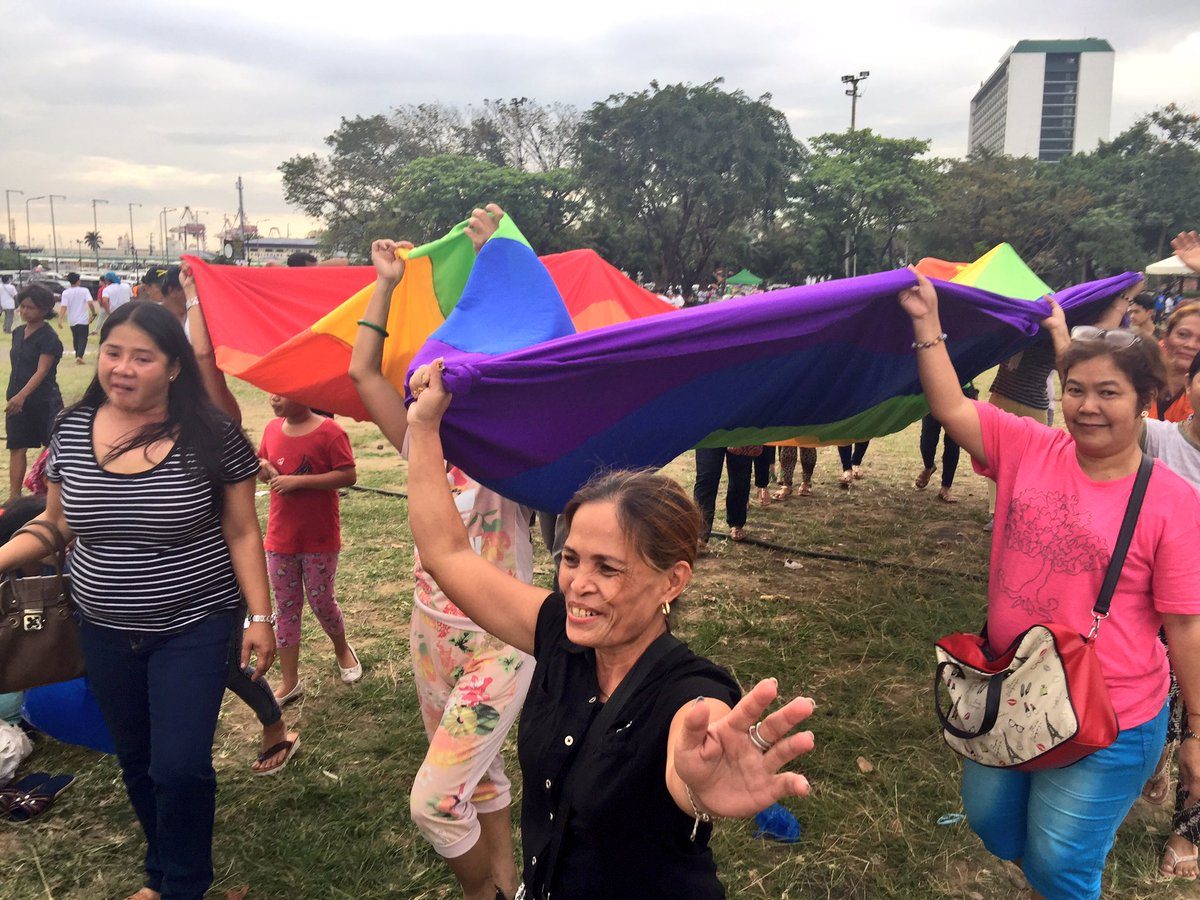 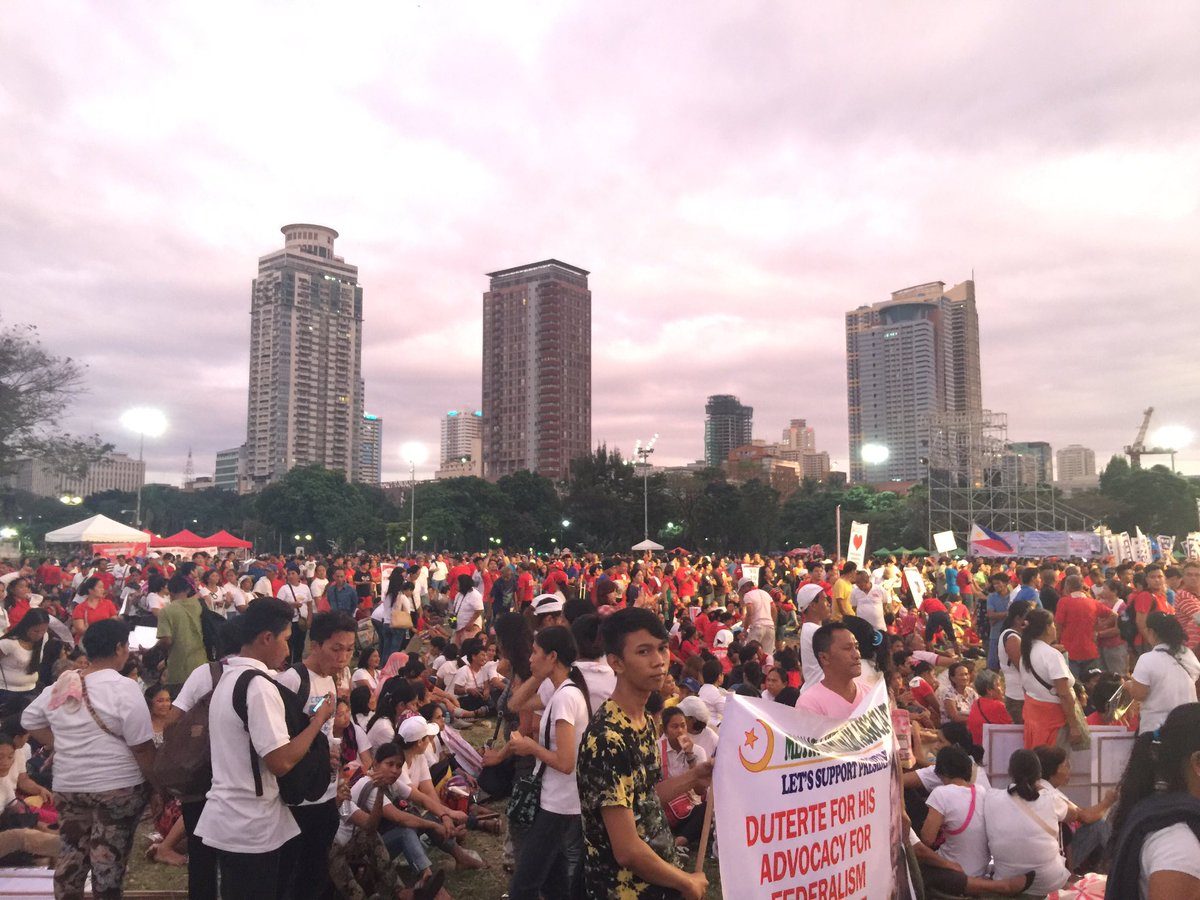