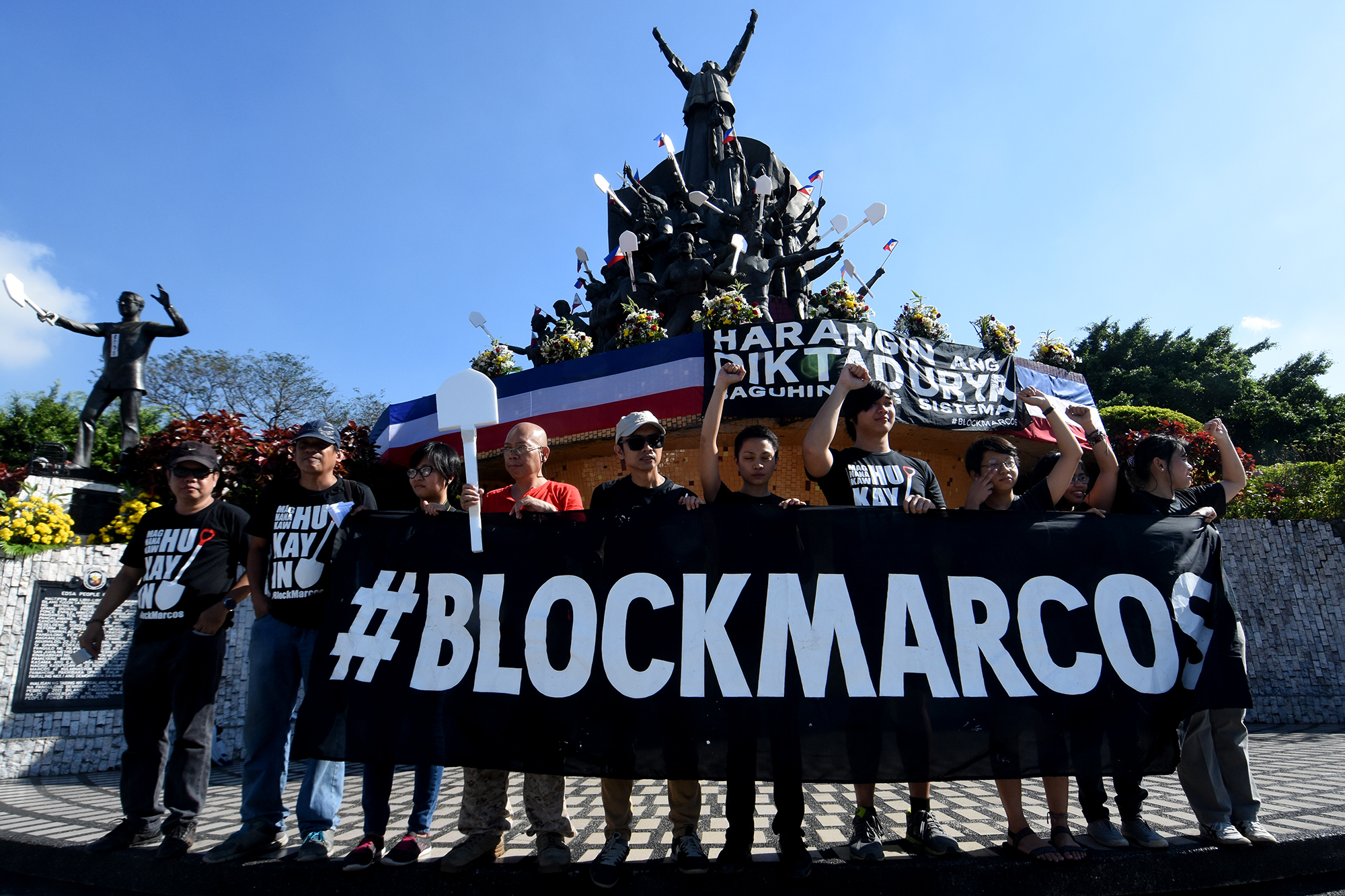 MANILA, Philippines – The 31st anniversary of the EDSA People Power uprising was remembered via a series of protests by various groups critical of the Duterte administration. 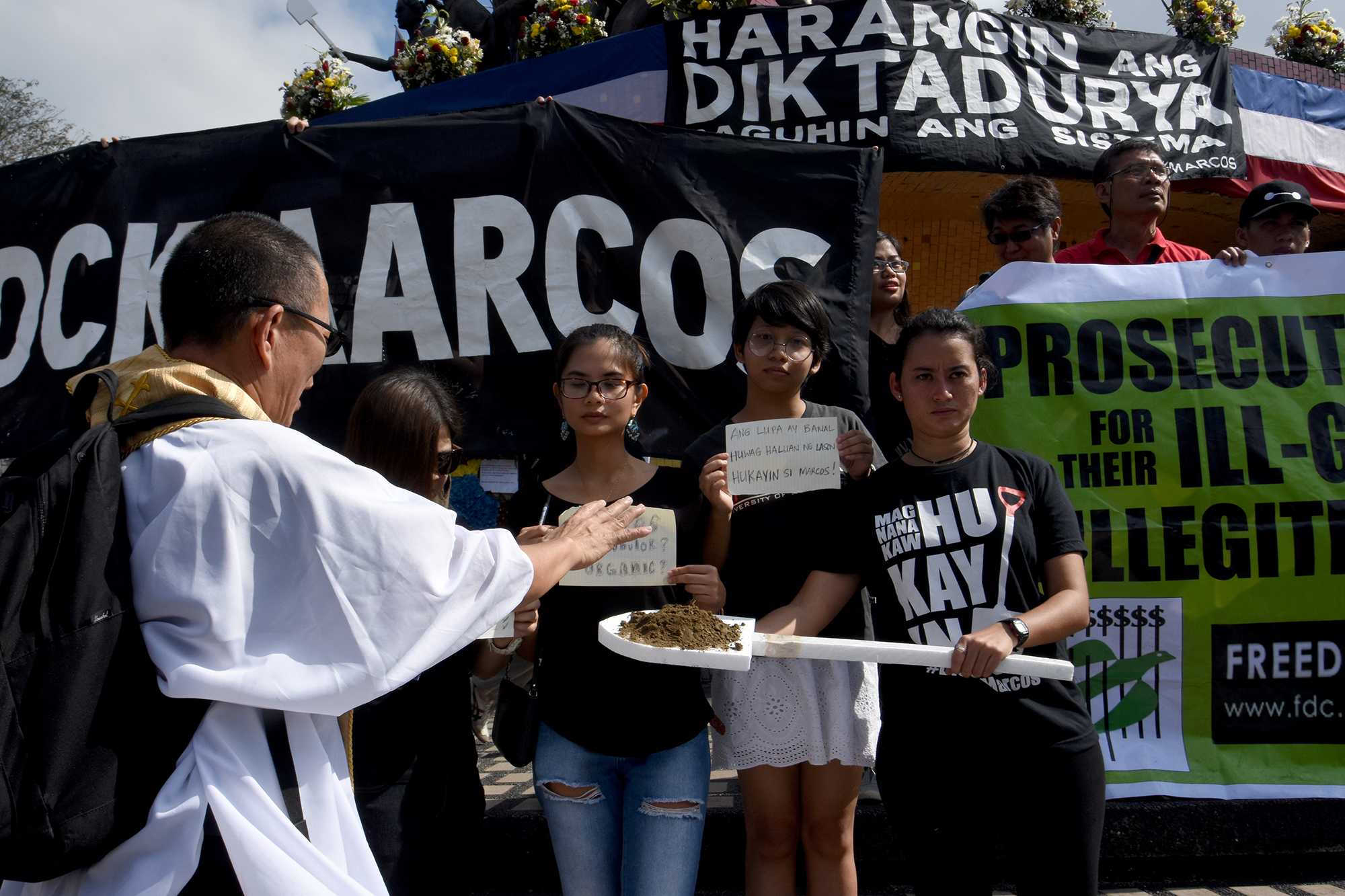 Mid-morning of February 25, protesters that numbered more than a thousand belonging to the urban poor group Kadamay marched to the US embassy in Manila to condemn the government’s war on drugs. The war has resulted in the killing of more than 7,000 people, who they claimed, came from their communities. 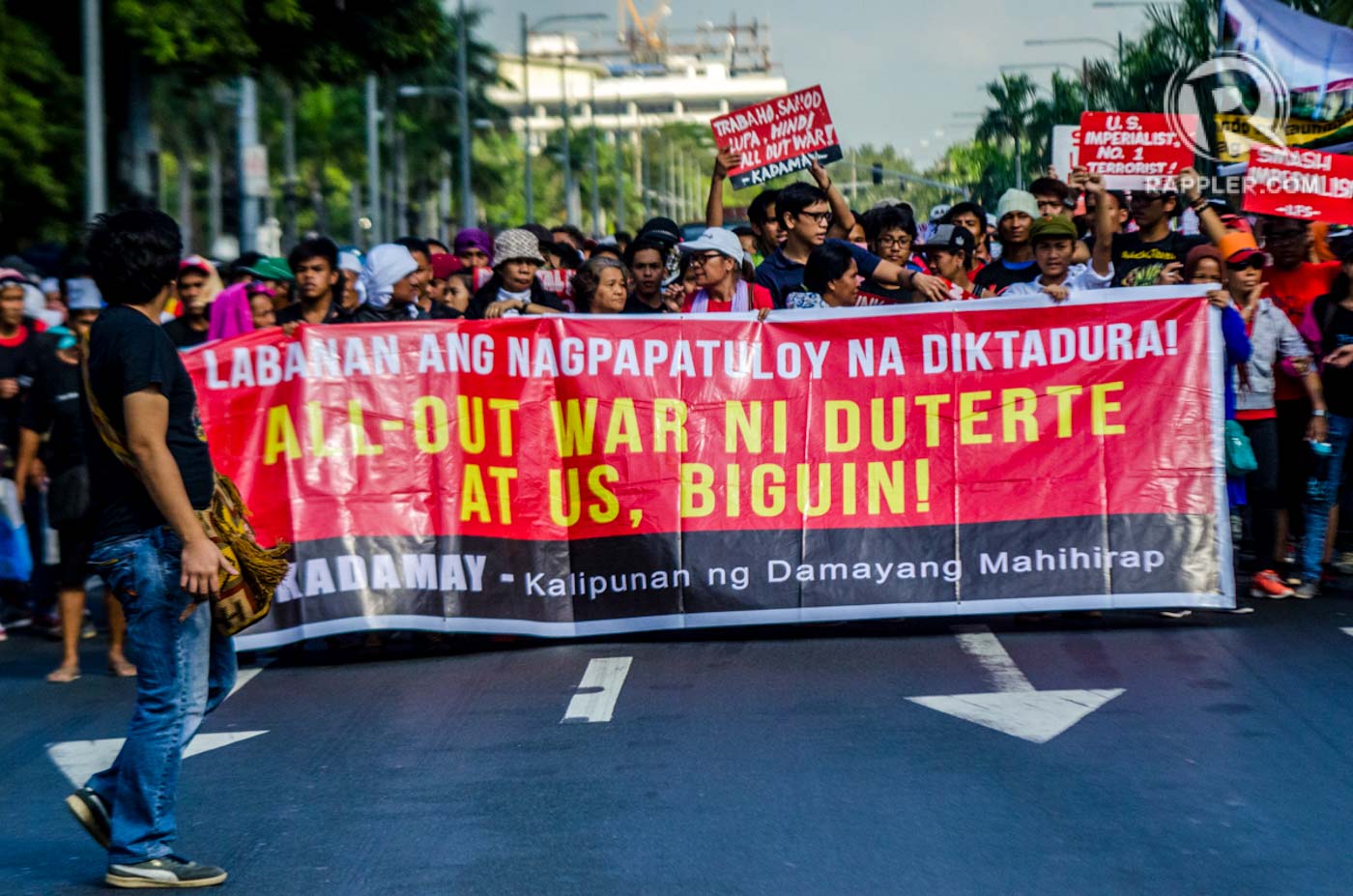 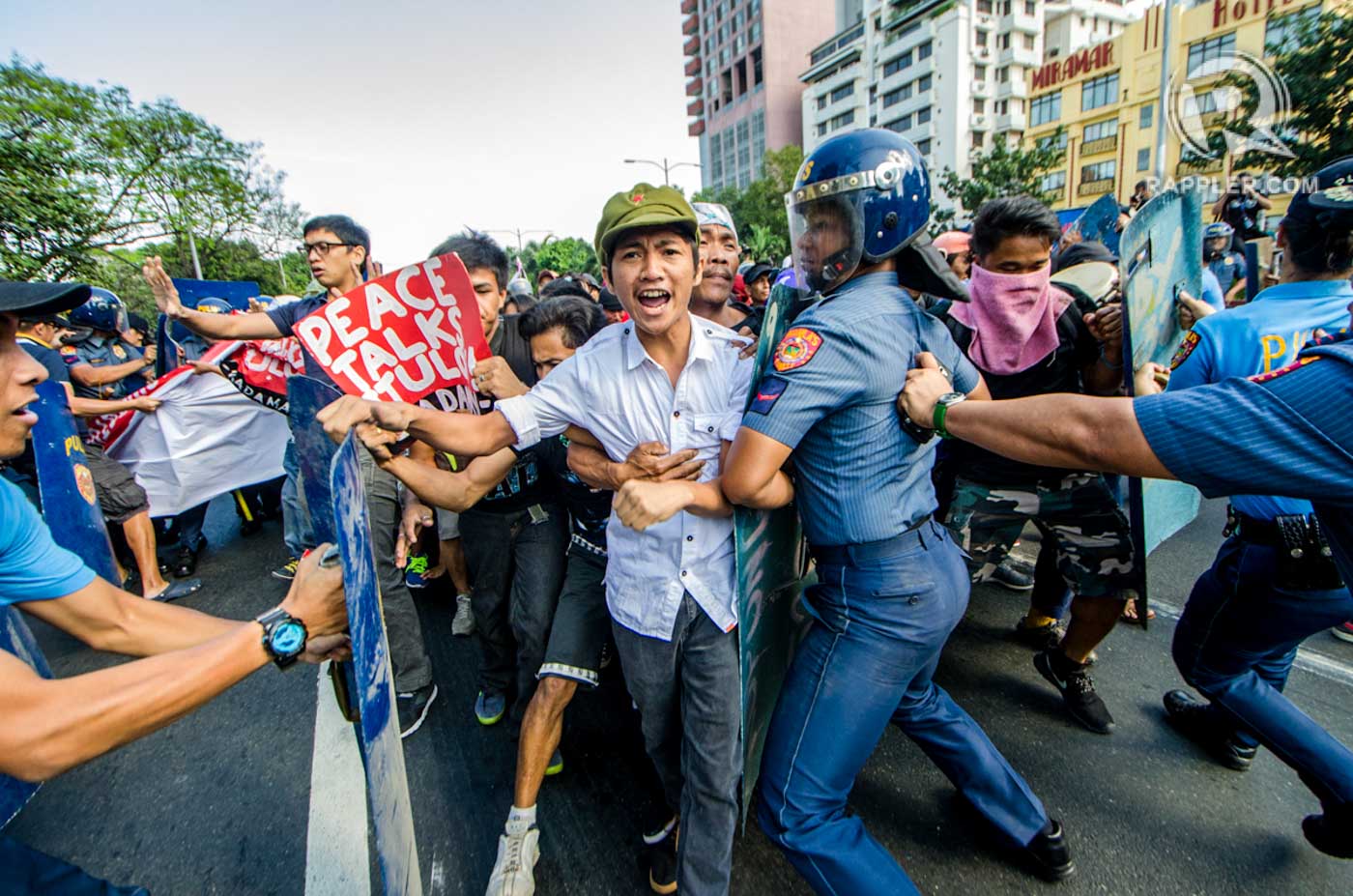 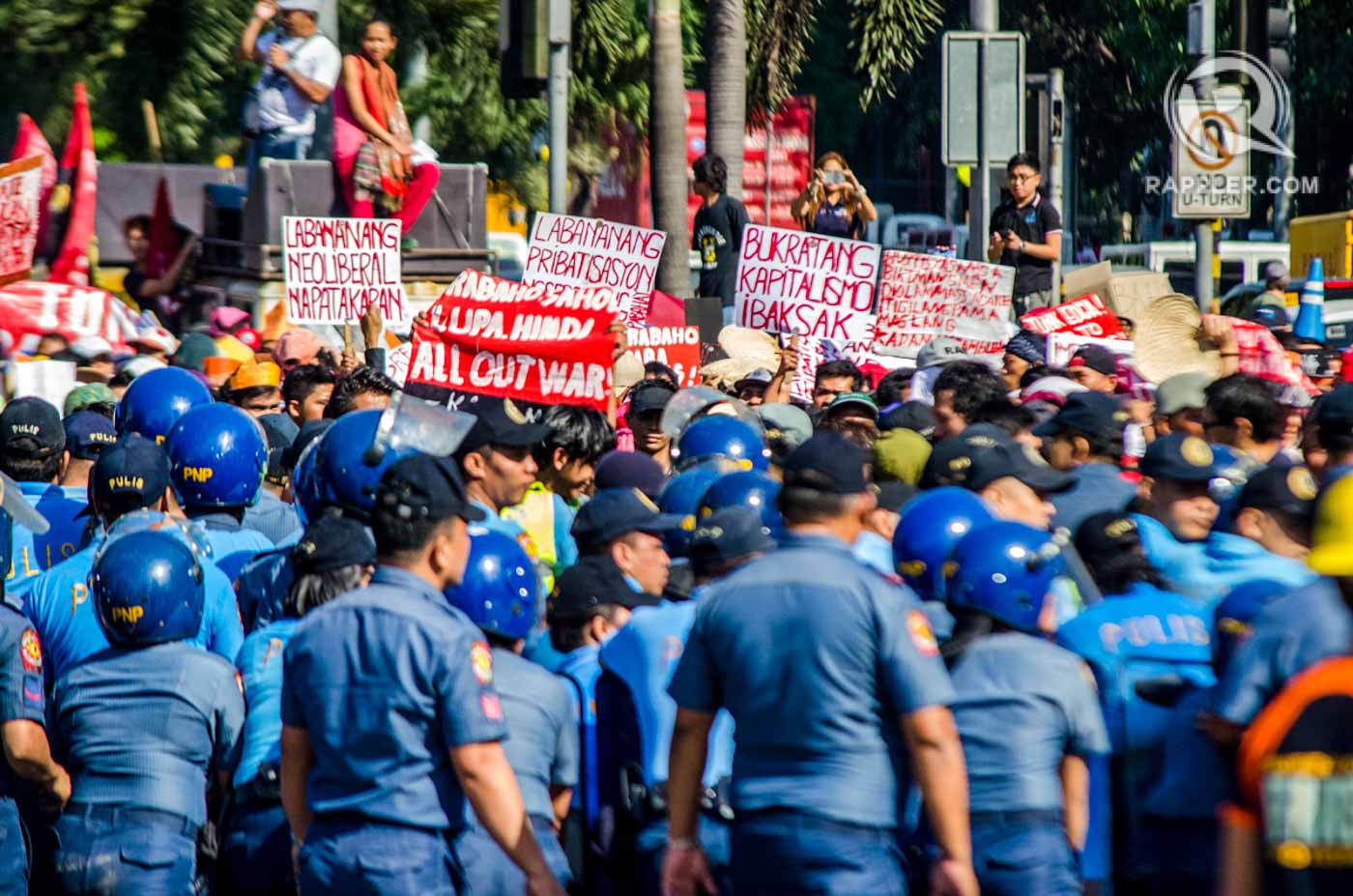 Around noon, the embassy rallyists then joined their counterparts waiting at the EDSA People Power Shrine. The group, Campaign Against the Return of the Marcoses to Malacañang, in partnership with Bagong Alyansang Makabayan, marched along EDSA towards Camp Aguinaldo where they staged a program.

The left-leaning rallyists called on the Duterte admistration for “genuine peace” and the resumption of peace talks with communist rebels. The rally ended peacefully after a brief confrontation between rallyists and policemen manning the camp. 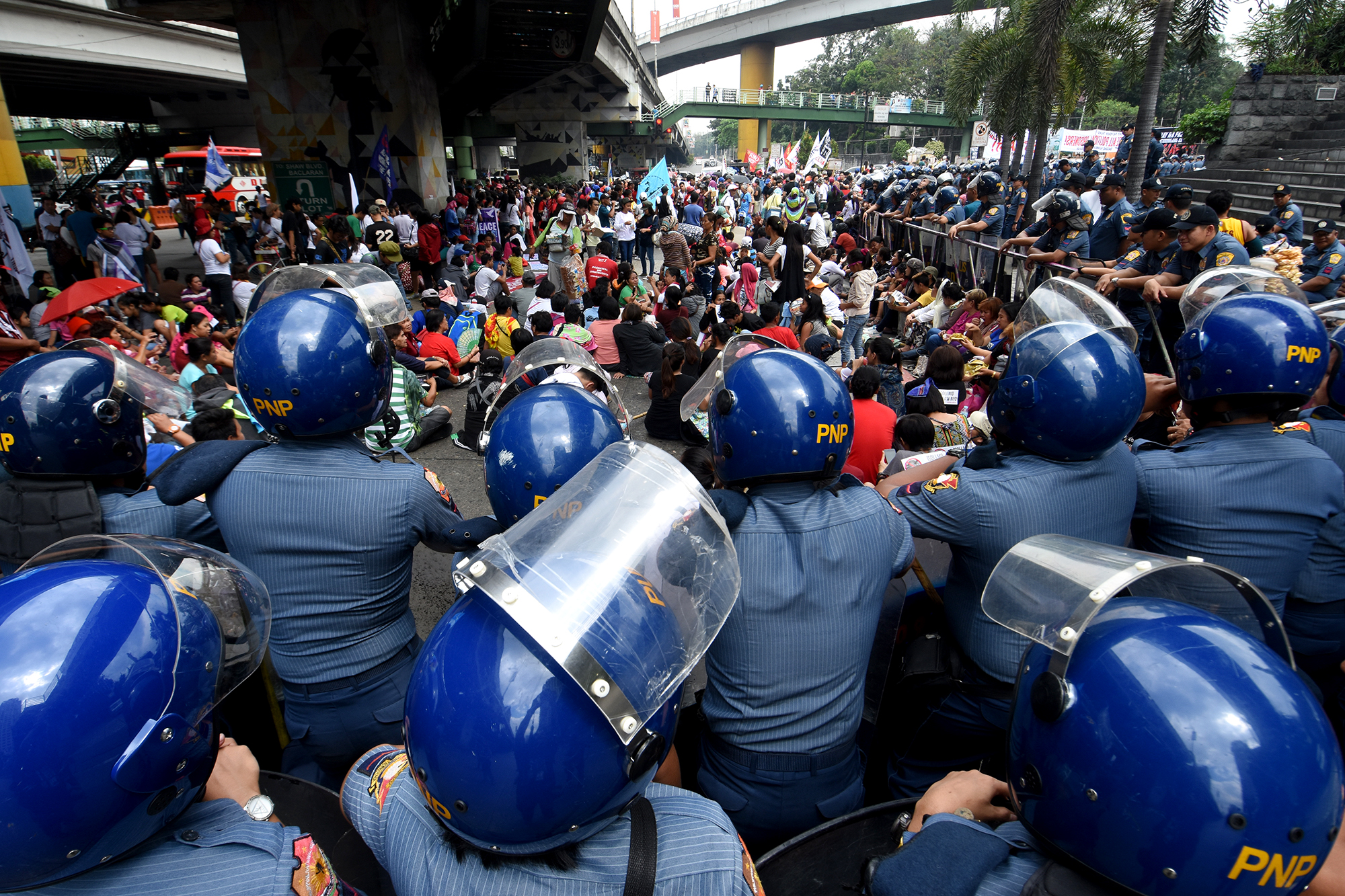 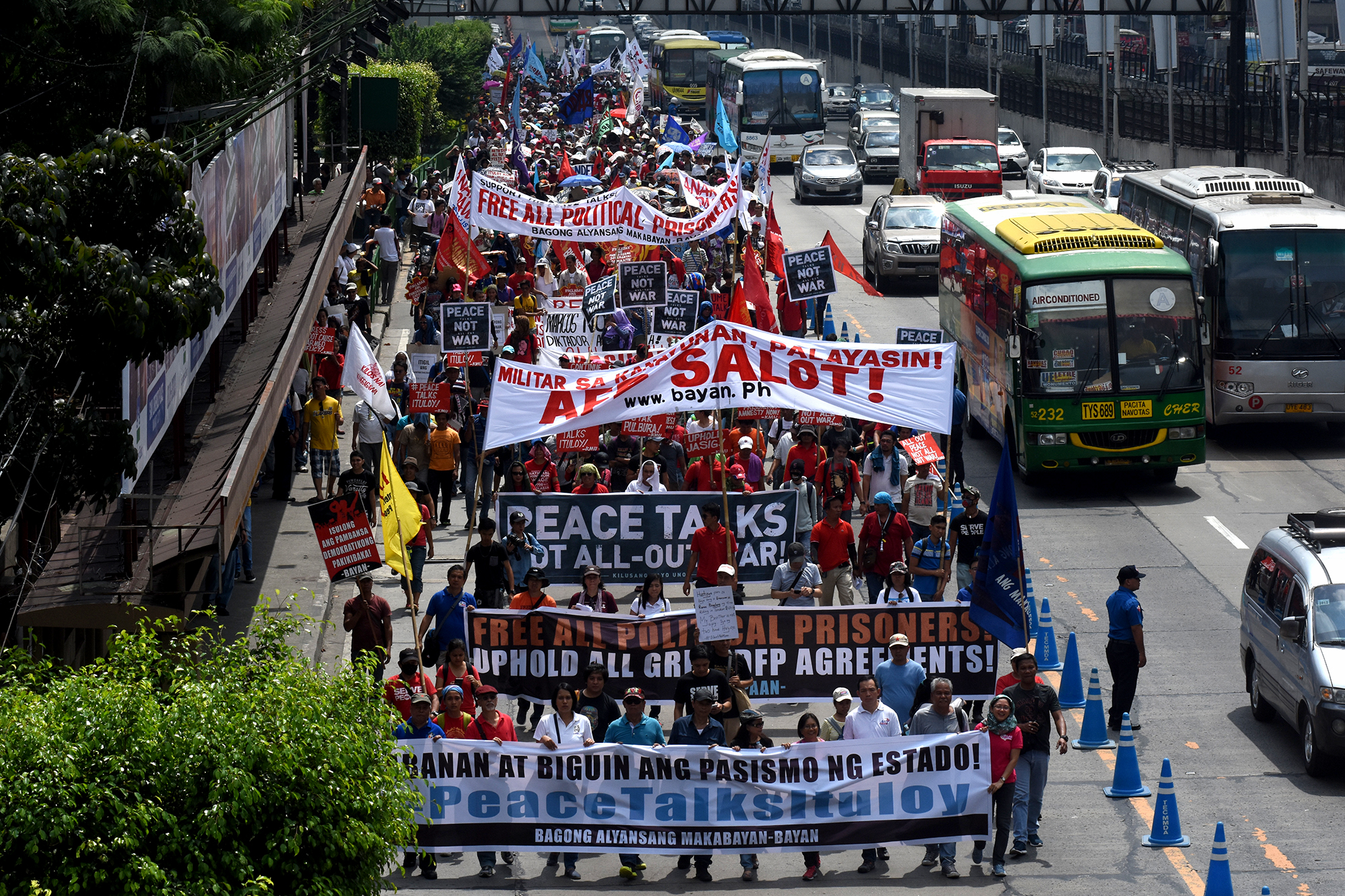 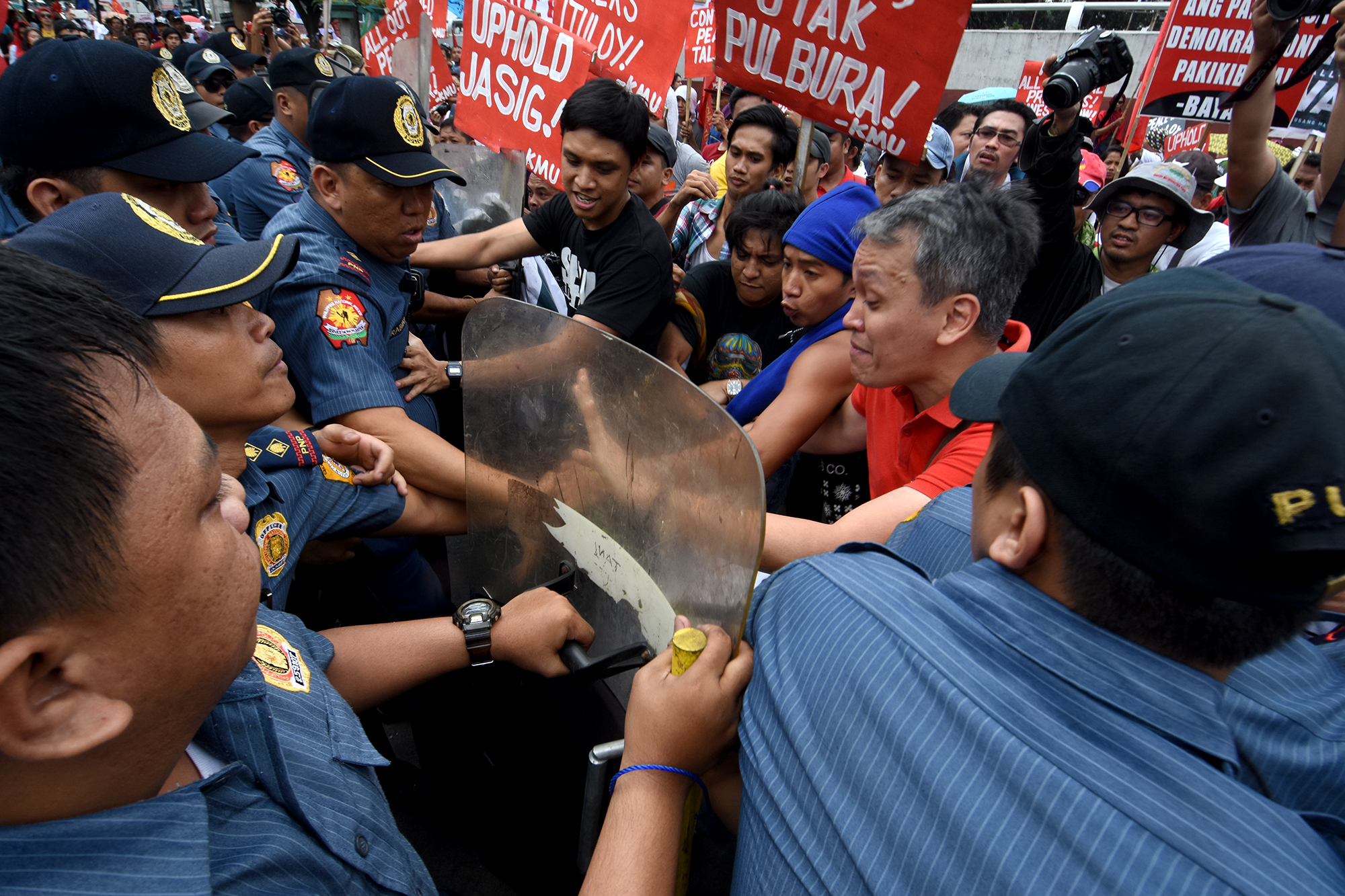 On the other end of EDSA, groups belonging to the February 25 coalition (Coalition Against the Marcos Burial at the Libingan ng mga Bayani and 71other organizations) gathered at the People Power monument. Former president Benigno Aquino III, VP Leni Robredo and some politicians from the Liberal Party joined the “Power of We” rally participants.

Aside from remembering the EDSA Revolution, the coalition pushed for the respect for human rights given extrajudicial killings linked to the Duterte administration’s bloody war on drugs. 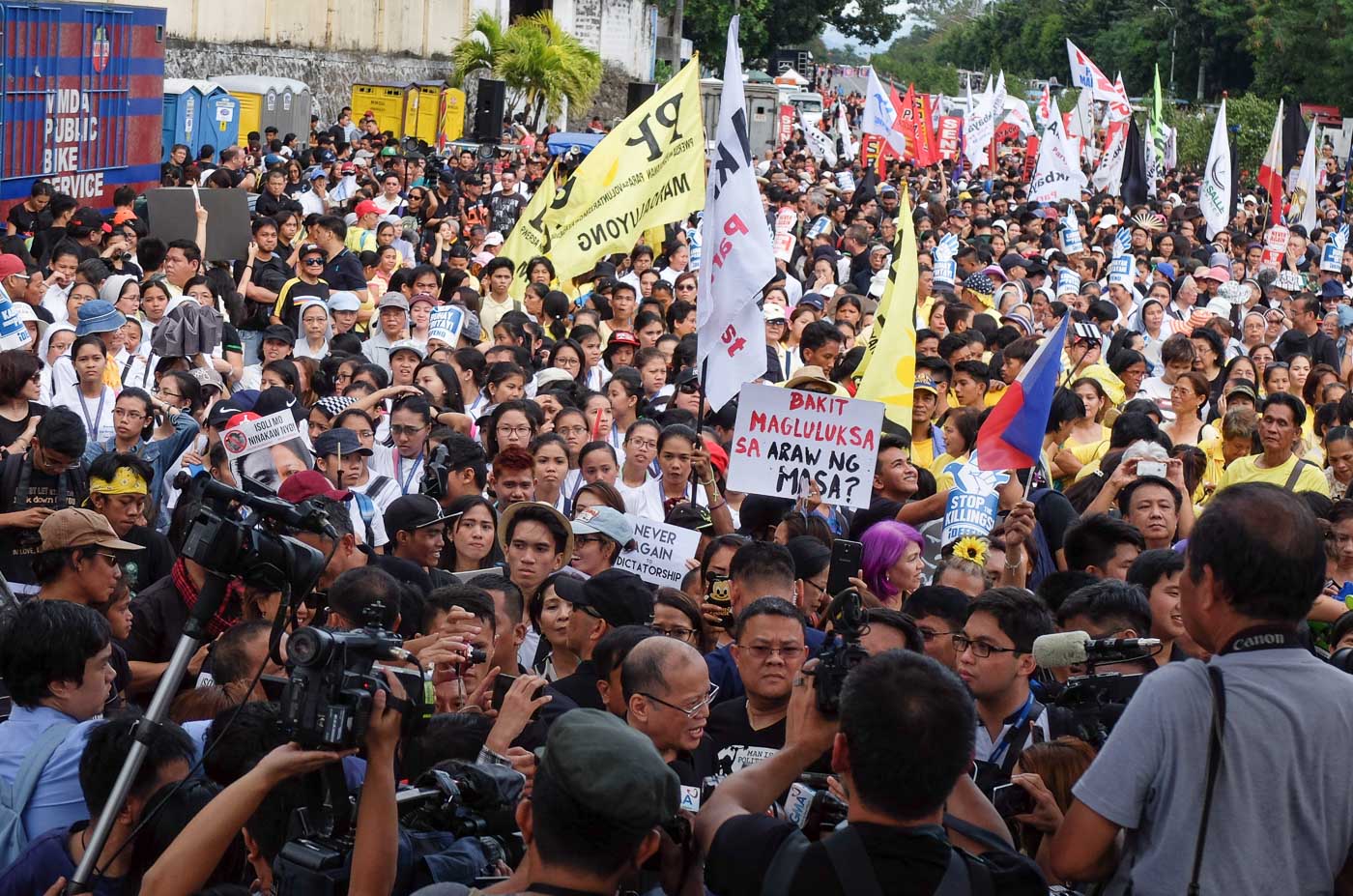 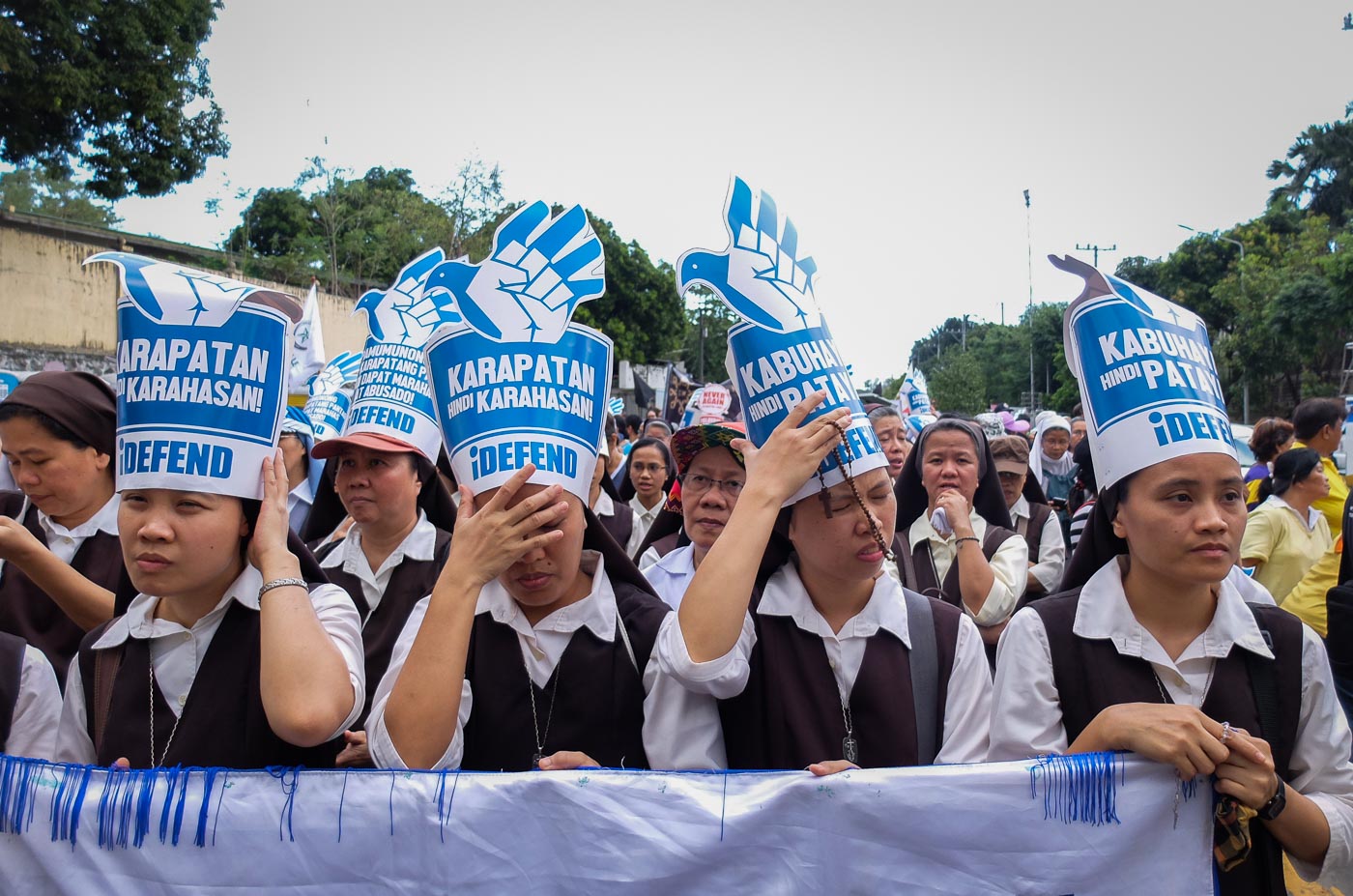 As the “Power of We” rally was ongoing, 7 members of the Duterte Youth staged their own rally at the foot of the People Power monument trigerring the ire of some protesters. (READ: Duterte critics, supporters clash along EDSA) 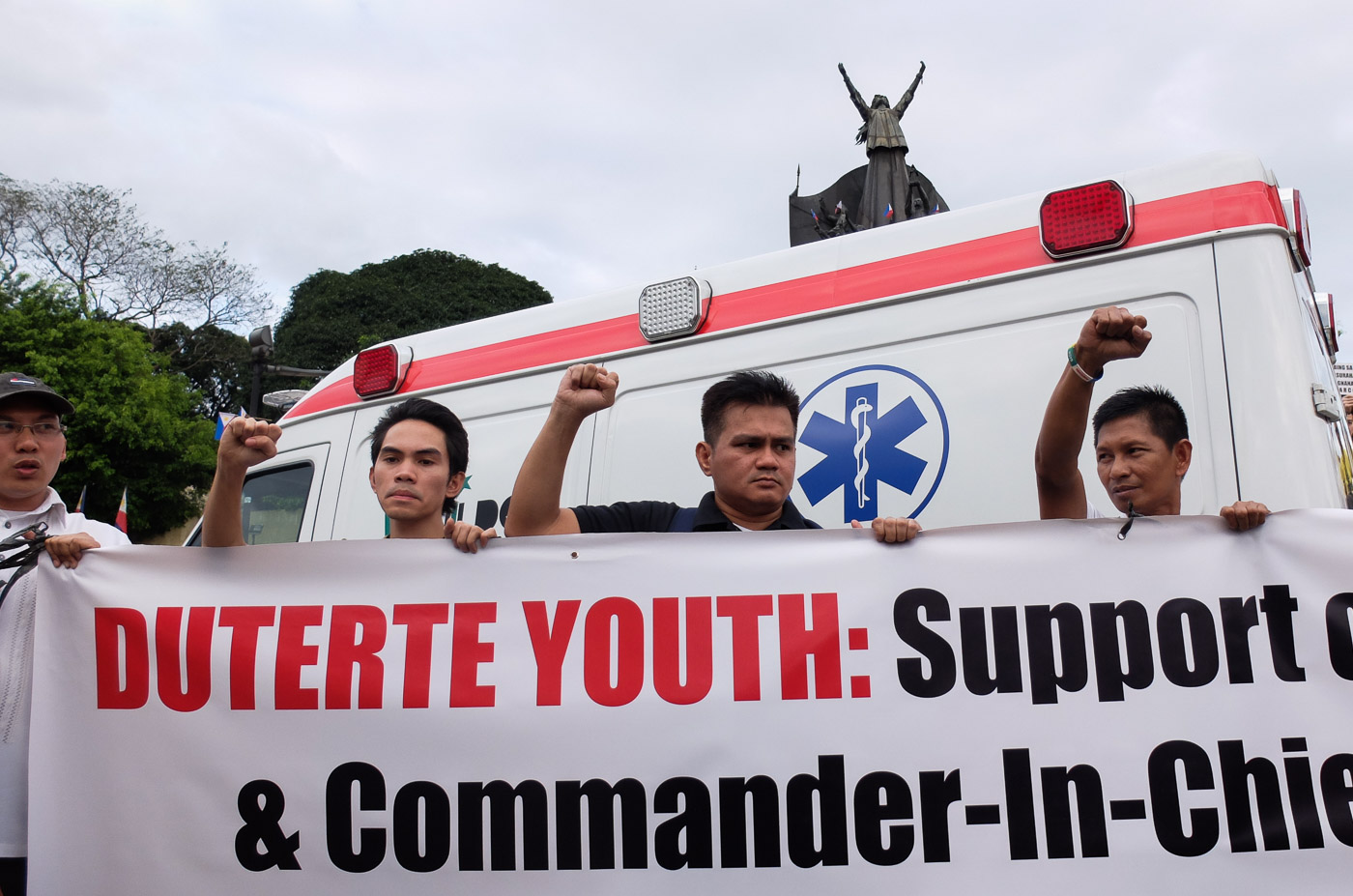 The “Power of We” rally ended with a noise barrage of participants along EDSA. 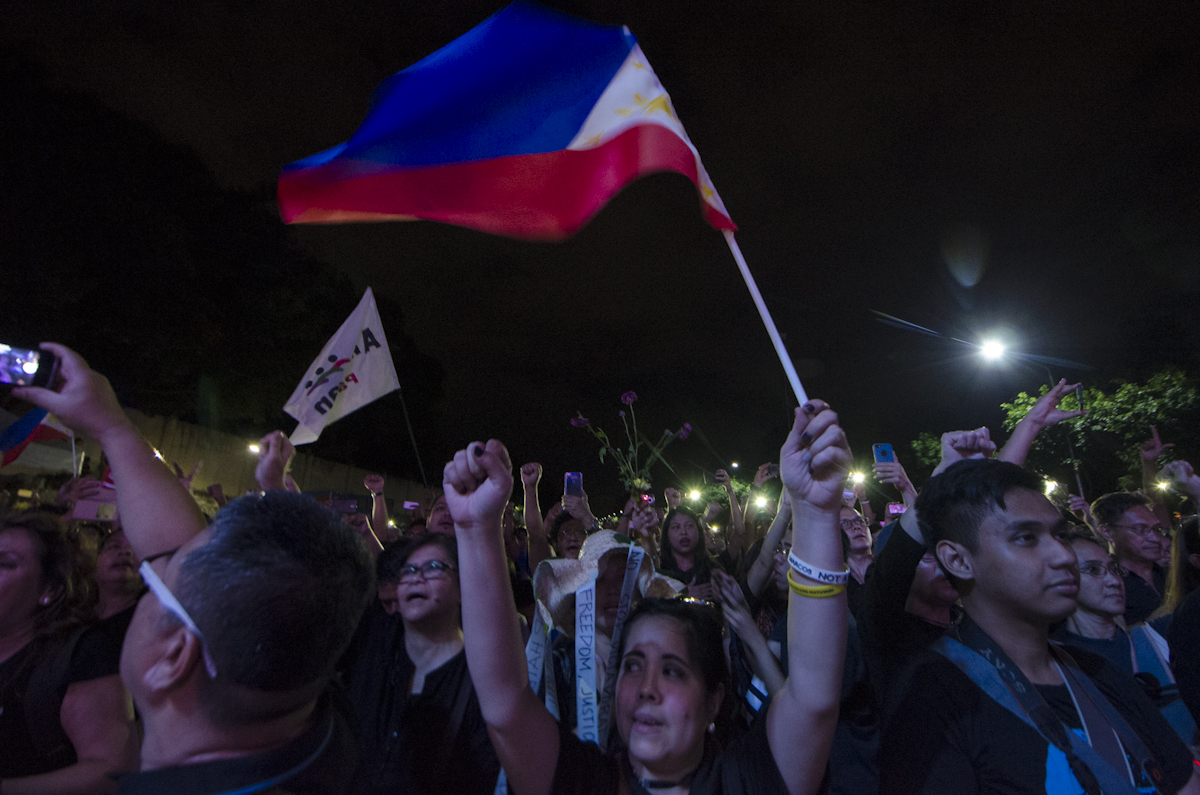