Solgen Calida: Trillanes should be charged for ‘coddling’ Lascañas 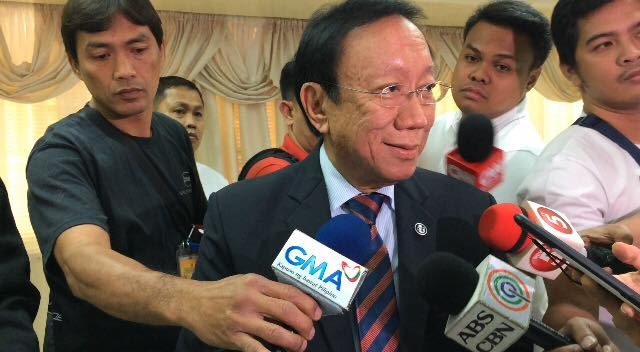 Facebook Twitter Copy URL
Copied
Asked what kind of case will be filed against the opposition senator, Calida says, 'Give me more time and I will have the proper case to be filed against him'

“As a senator, he should help in the administration of justice. Why is he protecting, coddling, and hiding this self-confessed criminal?” Calida said in a news conference on Monday, February 27.

Lascañas is the latest whistleblower to come forward and accuse Duterte of being involved in the DDS, which has been tagged in the murder of more than 1,000 individuals.

Four months after denying under oath that the DDS existed, Lascañas resurfaced. Trillanes and lawyers from the Free Legal Assistance Group (FLAG) arranged for him a press conference at the Senate, where he turned around and made his explosive statements against Duterte.

He confessed to being Duterte’s hitmen in several kill orders, including of an entire family whose patriarch was a suspected kidnapper. (READ: TIMELINE: Witness lists killings allegedly ‘ordered’ by Duterte)

Calida said Lascañas should be arrested first before he can be allowed to testify. Even then, however, the retired cop already perjured himself when he made claims that contradicted what he testified on in October 2016.

“How can we believe of a perjurer, a proven perjurer? But since he wants to be in the limelight, he claims to have killed these persons, let’s arrest him first,” Calida said.

The Senate, in a controversial secret vote, decided to reopen the investigation into Lascañas. Trillanes said this is making the Duterte administration nervous.

“Sumusobra na kasi itong si Senator Trillanes eh. He is accusing the President of plotting to kill him, I dont know where he gets his ideas, perhaps he should see a shrink,” Calida added. (Senator Trillanes is too much)

Calida is breaking traditions in his office as the first Solicitor General in recent years to publicly comment on, if not condemn, individuals and cases which are not handled by the OSG.

The news conference on Monday revolved around the arrest of Senator Leila de Lima, whom Calida called a “hypocrite,” followed by the awarding of “republic defender” pins to members of a youth group supporting President Rodrigo Duterte. The youth group figured in a scuffle with musician Jim Paredes during the celebration of the EDSA People Power Revolution.

The solicitor general was recently criticized for filing a manifestation before the Court of Appeals that recommended the acquittal of alleged pork barrel scam mastermind Janet Lim-Napoles in the serious illegal detention case filed against her by whistleblower Benhur Luy. – Rappler.com