Feb 28, 2017 2:23 PM PHT
Jee Y. Geronimo
Facebook Twitter Copy URL
Copied
'I feel that whoever is in the Commission on Appointments must have no vested business interests, because the rhyme and reason for appointment should be public service,' says Environment Secretary Gina Lopez 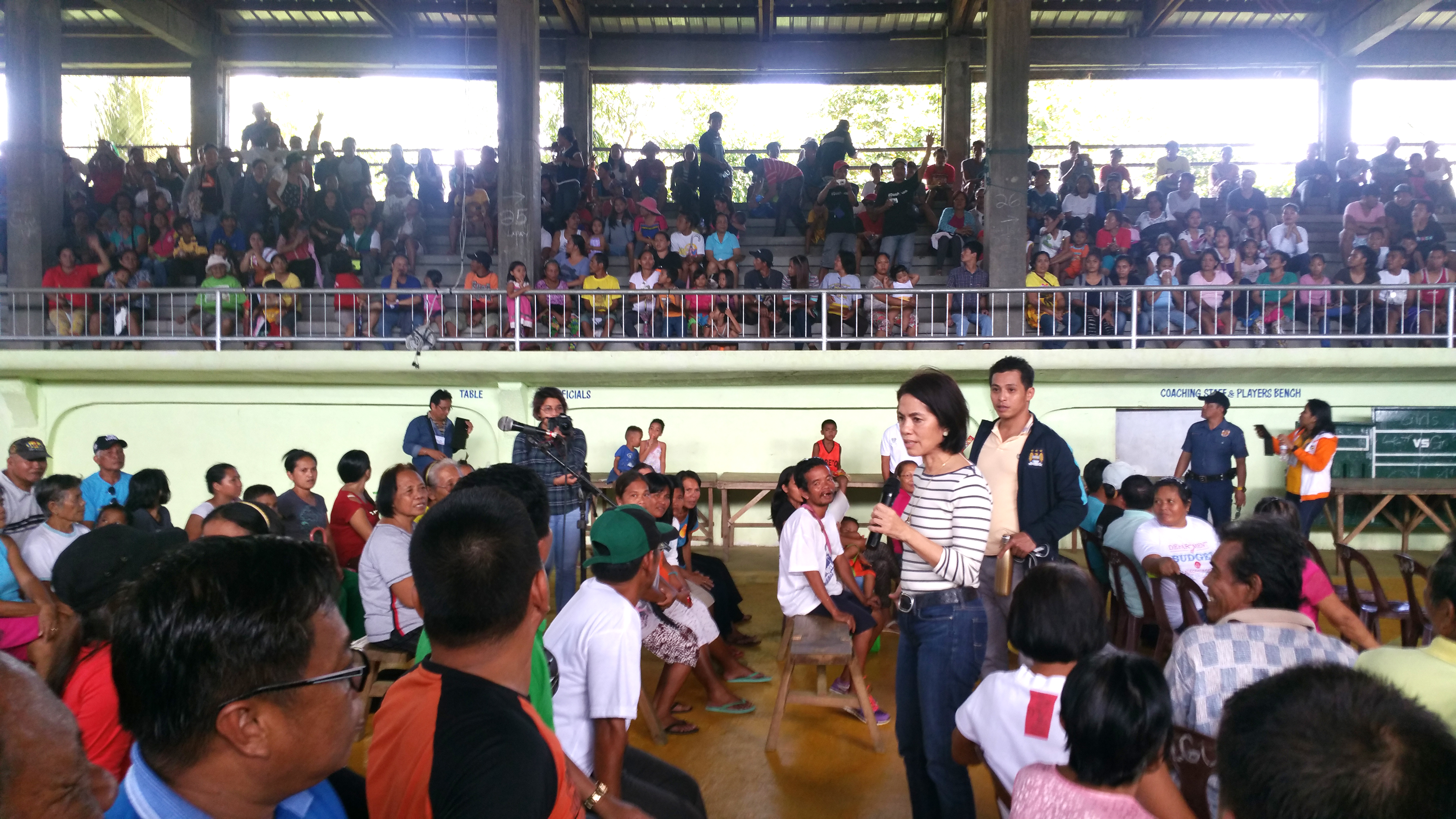 MANILA, Philippines – Environment Secretary Gina Lopez on Tuesday, February 28, urged the Commission on Appointments (CA) to consider “experience and sincerity” as its top criteria when it deliberates on her confirmation.

“I hope and I pray that whoever is in the Commission will make decisions based on the common good,” Lopez said in a news briefing, in response to questions about her confirmation hearing which was supposed to be on Wednesday, March 1, but has been postponed anew.

Lopez said the postponement of her CA hearing may be due to the reorganization in the Senate, which would require some changes in the composition of the CA, particularly on the Senate side.

While responding to questions about the commission, Lopez talked about CA vice chair, San Juan City Representative Ronaldo Zamora, who, she said, has “mining interests.”

“The problem with the CA – I mean, I’ll just be really open about it, ‘no (ok)? – the chairman of the Commission on Appointments in Congress is a miner,” Lopez said.

“By history, everybody knows it….By history, like for many decades already, Congress votes as a bloc. It’s not only now, so I’m not blaming anyone,” Lopez said.

The environment secretary said that the Department of Environment and Natural Resources (DENR) “failed” Nickel Asia’s Hinatuan Mining Corporation along with 22 other mining operations ordered closed on February 2 for alleged violation of environmental laws.

She said she arrived at the decision “without knowing that it was his (Zamora’s) mine.”

“For me, when the head of the Commission on Appointments in Congress – and by history they vote as a bloc – has mining interests, it feels kind of parang malabo ‘di ba (uncertain, right)?” she said, referring to her pending confirmation as environment secretary.

Calling the CA a “very noble, important institution,” Lopez said there shouldn’t be any individuals in the commission “with strong business dealings which will influence and affect the decision that they make.”

“I feel that whoever is in the Commission on Appointments must have no vested business interests, because the rhyme and reason for appointment should be public service,” she said.

“You choose the people who you think can best serve the country, and you don’t choose based on whether it will affect your business interest or not. That taints and influences the decisions that you have,” Lopez added.

She insisted, however, that she is “not accusing anyone” and that she’s only explaining the realities appointees have to face at the CA.

After her department ordered the closure and suspension of 23 mines in the country, Lopez said she “won’t stop doing the right thing” just to please the CA.

In a February 23 press conference, she also clarified reports quoting her as saying lawmakers were offered P50 million ($995,123.59) to vote against her confirmation as environment secretary.

She said it was only something she said casually, and that there is no evidence to it at all. – Rappler.com