Mar 1, 2017 2:38 PM PHT
Camille Elemia
Facebook Twitter Copy URL
Copied
Senator Loren Legarda, who is set to sponsor the measure, is confident they have the numbers to concur with the ratification of the Paris climate deal 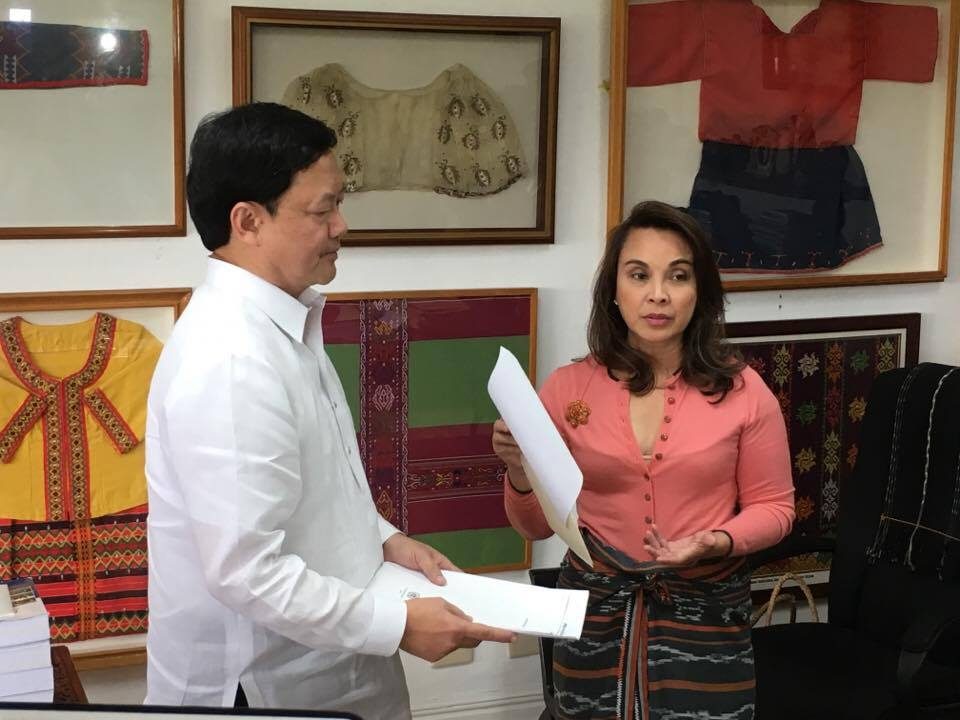 MANILA, Philippines – The Senate eyes to complete the final step to make the Philippines a signatory to the Paris climate deal before session adjourns on March 18

This is according to Senator Loren Legarda, a climate change committee chair, who is set to sponsor the measure soon.

President Rodrigo Duterte, after much uncertainty, finally signed the Instrument of Accession, which signifies the country’s ratification of the deal. On Wednesday, March 1, Deputy Executive Secretary Meynard Guevarra and Legarda held a ceremonial transmittal of the climate agreement in the Senate.

After the President’s signature, the agreement would then be sent to the Senate for concurrence before it finally becomes a treaty. A vote of 2/3 of the chamber, or at least 16 senators, is needed for this.

“I hope that before Earth Day on April 25, we would have concurred in the ratification so the whole process would have been completed. And that means when we adjourn middle of March we have completed process of ratification,” Legarda, who is the chair of the Senate’s climate change committee, told reporters.

Like any other bill, the agreement would undergo committee hearings and interpellations. Legarda expressed confidence that there would only be one hearing on the climate deal, as it has long been awaited.

“Isa lang ‘to, alam na natin ‘to. Ang tagal na nating hinihintay,” the senator said. (There will be just one hearing, I’m sure. We’ve been waiting for this for so long.)

Asked if the concurrence is already in the bag, Legarda said there is no known “climate change denier” among senators.

“I don’t think there is any climate [change] denier in our midst. Ayoko magsalita ng patapos (I don’t want to say anything final) but I am optimistic and confident. There was really a call for ratification and so we hope that this kind of support continues,” she said.

Senate President Aquilino Pimentel earlier said they have the numbers in the Senate.

“Ang pakiramdam namin sa Senado (We feel that in the Senate) we need 16 votes to concur, [and] we have the 16,” Pimentel said on January 9.

Once the Philippines ultimately adopts the treaty, Legarda said the country would have access to the Green Climate Fund, which seeks to help developing countries limit or reduce greenhouse gas emissions and to help vulnerable societies adapt to the impact of climate change.

The Department of Environment and Natural Resources (DENR) will have to submit a proposal first to the GCF before it can be given access.

“USAID was in my office yesterday and they’re bringing in people to help the DENR, which is nationally designated to come up with a proposal, so we could access the GCF,” she added.

Aside from this, Legarda said the country would also gain technical and financial assistance once it adopts the treaty.

The Philippines is one of the more than 190 countries which agreed to adopt the Paris Agreement on Climate Change in December 2015.

The agreement asks countries to volunteer how much of its carbon emissions it will reduce in the next decades to keep the world from warming by more than 2 degrees Celsius (3.6 degrees Fahrenheit).

Duterte initially expressed his misgivings about the climate deal, but after several Cabinet meetings and with a near-unanimous decision in favor of it, he finally agreed to abide by the agreement.

Duterte has reiterated that he has a problem with the treaty’s lack of sanctions for countries which violate carbon emission restrictions. (READ: Climate change real but Paris treaty unfair) – Rappler.com