Mar 5, 2017 5:20 PM PHT
Lian Buan
Facebook Twitter Copy URL
Copied
Some construction projects meant to be funded by Malampaya royalties appear on reports as complete or nearly complete, but turn out to be far from finished 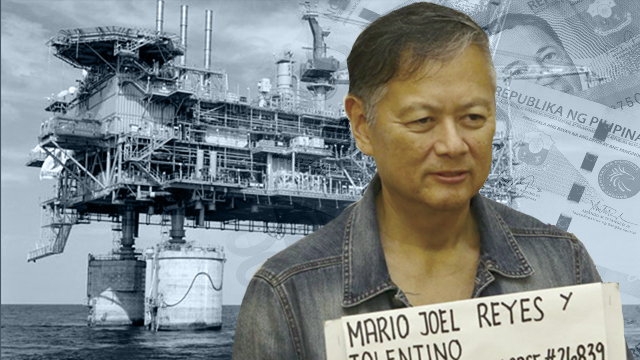 MANILA, Philippines – The Malampaya fund scam has been described in recent years as a bigger corruption case than the fertilizer fund scam, and now there could be a clearer picture of how.

The Office of the Ombudsman has filed graft charges against former Palawan governor Joel Reyes and other provincial officials before the Sandiganbayan, for the alleged misuse of as much as P1.5 billion from the Malampaya fund.

The provincial officials and private contractors also face criminal charges for violation of the contracts law and falsification of documents.

Reyes was charged with 36 counts of graft stemming from irregular construction projects in 2008 amounting to as much as P1,534,929,155.

Former provincial engineer Charlie Factor is facing even more charges: 50 counts of graft, 7 counts of violation of the contracts law, and 76 counts of falsification of documents. The falsification charges stemmed from inaccurate accomplishment reports – some projects, according to the Ombudsman, were declared 90-100% complete but were in fact just at as little as 8%.

That’s an indication that the money didn’t go where it was supposed to. (READ: Plunder in ‘mashed potato’ Palawan roads?)

Profits from oil and gas operations in the waters off Palawan go to the Malampaya fund. In October 2009, then-president Gloria Macapagal-Arroyo issued an executive order expanding the use of the fund for other purposes, even outside Palawan.

That year, P900 million was sourced from the Malampaya fund to help farmers affected by Tropical Storm Ondoy and Typhoon Pepeng.

The late Aries Rufo, a veteran investigative journalist, had written for Rappler the scheme of how businesswoman Janet Lim Napoles was able to get her hands on this P900 million.

According to whistle-blower Benhur Luy, they forged signatures of officials from calamity-hit local government units and sent requests to implementing agencies for the funds to be allocated to their non-governmental organizations (NGOs).

“Not a single agricultural equipment or support was downloaded to the farmers,” who were still recovering from Ondoy and Pepeng, Rufo reported then. (READ: How the Malampaya fund was plundered)

But based on the charges filed by the Ombudsman last February 24, it would seem that the irregularities happened even before the Napoles scam in 2009.

According to the Ombudsman’s investigation, the Palawan provincial government funded P1.5 billion worth of construction projects in 2008 by sourcing from the Malampaya royalties.

The Ombudsman said Reyes, in conspiracy with his provincial officials, awarded contracts to private companies without following the right process.

Some of the violations cited by the Ombudsman were:

The charges are for graft and not plunder, because even though the amount exceeds the P50 million set by the plunder law, the evidence does not accuse Reyes of amassing ill-gotten wealth.

The accusation is that Reyes and the other officials skirted processes and rules, which are prohibited under the graft law.

The biggest projects were those awarded to BCT Trading and Construction, owned by Bella and Federico Tiotangco, which totaled 80 contracts amounting to P722 million.

Some of those projects include the construction of water lines, roads, multipurpose halls, and administration buildings in the towns of Coron, Roxas, Taytay, and Sofronio Española in Palawan.

For these projects, the Tiotangcos were also charged for falsification of documents and violation of Presidential Decree No. 1759, which penalizes contractors and subcontractors who violate any material provisions of contracts involving public works.

Together with Factor and other provincial officials, the Tiotangcos were held criminally accountable for false accomplishment reports.

The most glaring inaccuracy in a Tiotangco project was the construction of Poblacion Roxas Water Transmission Lines and Water Storage in December 2008.

The Ombudsman observed similar irregularities in other projects involving the following contractors:

The owners of these companies were also charged.

Aside from Factor, the following provincial officials who allegedly conspired with one another for the anomalous deals were also charged:

Two Commission on Audit (COA) personnel were also charged for falsification of documents for submitting an inspection report of San Vicente’s Airport Development Project in 2009, saying the project was 58.36% complete when it was only at 8.80%.

Years in the making

The Malampaya fund scam was probed into as early as 2012 through the joint efforts of the Ombudsman, COA, Department of Justice (DOJ), and the National Bureau of Investigation (NBI).

But even before that, Palawan-based environmentalist and journalist Gerry Ortega had already exposed the early traces of the scam on his radio show. Ortega ran commentaries on how Reyes and the governor’s brother, former Coron mayor Mario Reyes, allegedly misused Palawan’s share of the Malampaya fund.

The Reyes brothers, who spent 3 years in hiding, are the main suspects in the killing. They are detained at the Puerto Princesa City Jail while the murder trial is ongoing.

Reached for comment, Ortega’s daughter Mika said she will still have to review the charges. Reyes’ lawyer Ferdinand Topacio also told Rappler they still have to study the case.

Reyes is also facing another set of graft charges for allegedly misusing P3.25 million worth of fertilizer funds. – Rappler.com