MANILA, Philippines – Since President Rodrigo Duterte started his war on drugs, the administration said more than one million drug users and dealers nationwide have surrendered to the police. Given the huge figures, rehabilitation remains a problem.

According to Psychological Association of the Philippines (PAP) Task Force on Drug Recovery head Regina Hechanova, some 90% of reported drug users are “low- or mild-risk” users. They need not be admitted to rehabilitation centers, she told Rappler.

“These are the people who are casual users who are not dependent on drugs – who may have difficulties because of temptation, of their work, or their environment,” Hechanova said.

“Clearly, what was lacking was the psychological interventions needed to help drug users recover,” she added. (READ: PH can’t win war on drugs with guns alone)

Katatagan Kontra Droga sa Komunidad is an initiative by the PAP, in partnership with schools and local government units (LGUs), that teaches volunteers from partner communities how to facilitate drug rehabilitation.

The recently concluded 5-day training at the De La Salle University (DLSU) was attended by church workers from the Diocese of Caloocan and Our Lady of the Assumption Parish in Manila from February 28 to March 4.

According to Hechanova, interventions led by LGUs to address drug rehabilitation simply “divert” surrenderers’ attention from drug use.

“There seemed to be a need for intervention but there’s a lot of ignorance [on] what to do for [drug users]. Some LGUs started rolling out programs like Zumba, a diversion for them,” she said.

The PAP designed 12 modules based on cognitive behavioral therapy, aimed at equipping surrenderers with skills to recover from drug use. (READ: War on drugs: Rehabilitation must be more than a knee-jerk reaction) According to the PAP’s needs analysis, drug use is sometimes prompted by conflicts.

“Almost 90% of drug users are reported to have lived in communities of violence. Some 60% of them grew up with emotional neglect, abuse even. There’s a lot of pain in their past and sometimes drugs is a means to escape that,” Hechanova said.

They also developed 3 more modules for affected families with surrenderers – to understand the possible reasons for drug use and how the family can identify new ways of relating with the user. (READ: Robredo: Family, church key in nat’l drug rehab program)

“Many of [the users] can be treated outside. They don’t really need rehabilitation as in-patients. If we are able to contribute an evidence-based intervention, that’s a big contribution to treating the drug problem,” Hechanova explained.

Hechanova also believes criminalizing drug use is not the best approach to rehabilitate users.

The PAP agreed that the government should track down people who manufacture and sell drugs, but said it should also acknowledge that drug use happens because of a number of reasons. 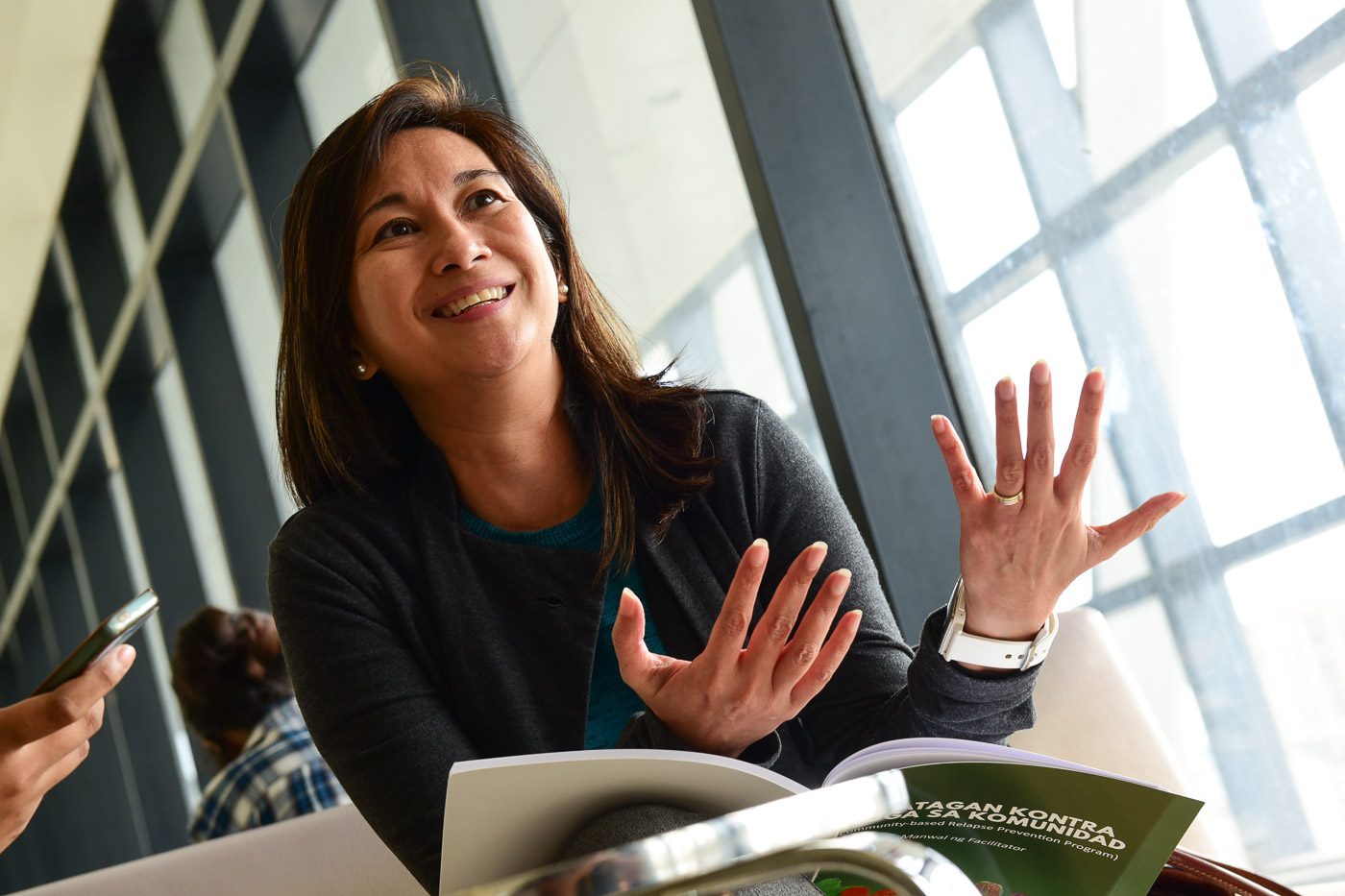 “What’s difficult for us to see is that occasional users were never given the chance to reform because they were killed – more importantly the innocents who have gotten caught in the crossfire,” she explained.

According to Hechanova, they conducted training with the Quezon City government last February. In the coming months, they will also roll out training programs in Baguio, Cotabato, and Naga City. (READ: Communities, private sector help is key in nationwide rehab program)

“The reason we did this is because we want to give people hope. There is a possibility for people to reform and change. We’ve seen this happen and so it is possible. They just need help,” she said.

Arnold Martinez, 48, is a parish volunteer from the Diocese of Caloocan. He was among church workers who attended the training at DLSU.

He told Rappler that their parish, in partnership with the local government, launched a community-based drug rehabilitation program called Task Force Salubong in October 2016. He shared that the manual created by the PAP gives clear direction on how they will conduct counseling. “The first training we received focused on how to talk to users but this one gave us knowledge on how to proceed with our program,” he said.

Martinez used to be an information technology professional but is now a full-time pastoral worker. He said he’s doing this because there is a need to help address the drug problem.

(Unfortunately, the government’s approach is just to kill those involved in drugs. Personally, I don’t believe that’s the solution.)

(The right way is to uphold the life of the person you need to help. I’m also human, [I will do] even the smallest thing to give hope to that person.)

Since July 1, 2016, the Duterte administration’s aggressive campaign against illegal drugs has claimed more than 7,000 lives, based on official tallies.

According to the results of the 2015 survey by the Dangerous Drugs Board, there were an estimated 1.8 million drug users in the country. (READ: EXPLAINER: How serious is the PH drug problem? Here’s the data)

The interior department acknowledged the need to turn to communities to address the drug problem. An inter-agency task force was created in July 2016.

Several local governments have also created rehabilitation programs through their local anti-drug councils. (READ: IN PHOTOS: On his own: ‘New hope’ under one man’s drug rehab program)