Lascañas tells Senate he was forced to lie last year 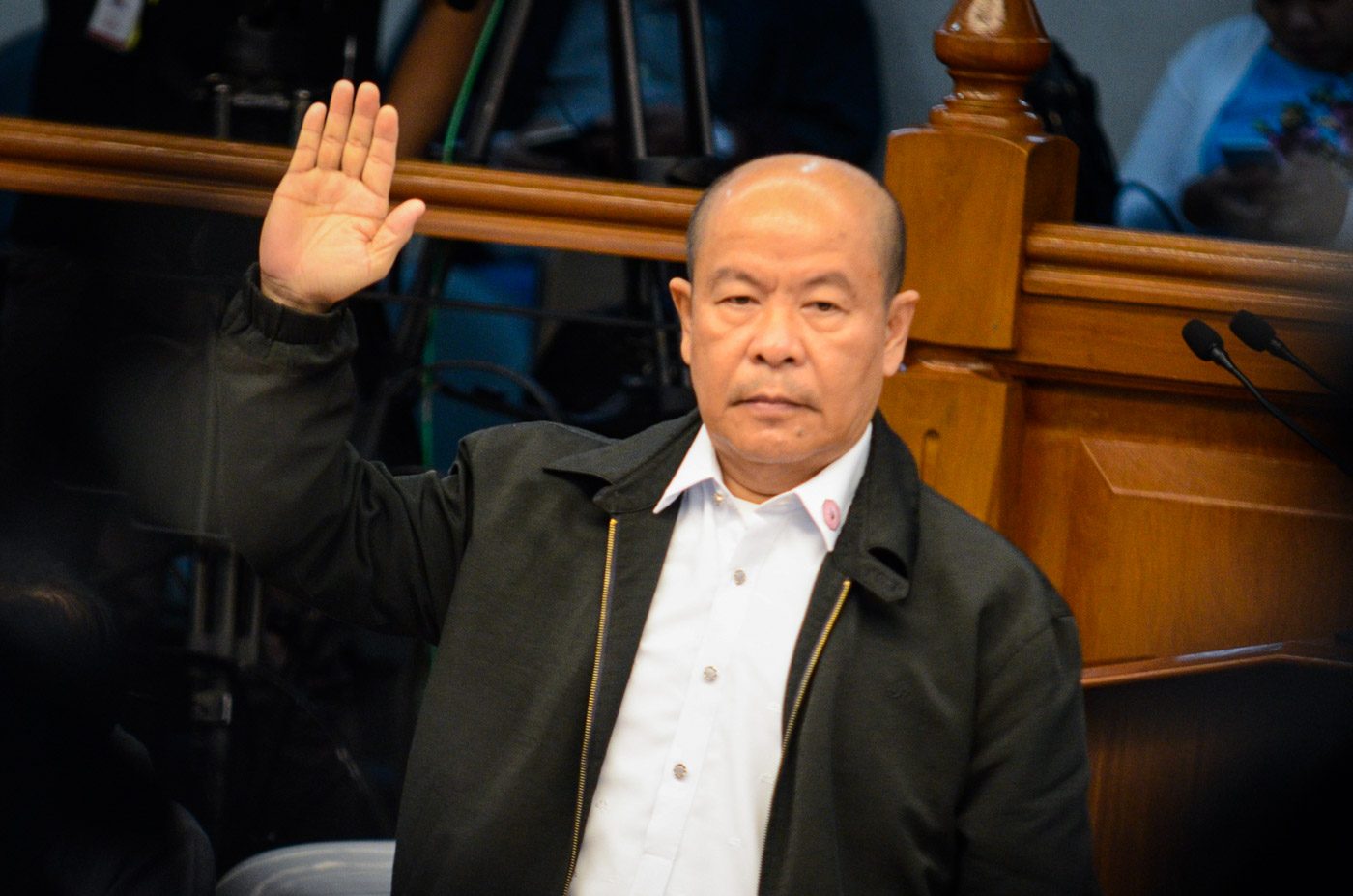 Facebook Twitter Copy URL
Copied
The retired Davao policeman apologizes to the Senate for his testimony last year, saying he was ordered at the time to 'deny everything' about the Davao Death Squad

MANILA, Philippines – Retired Davao policeman Arturo “Arthur” Lascañas apologized to the Senate on Monday, March 6, saying he was ordered to lie last year, when he first faced a Senate probe into the Davao Death Squad (DDS).

“I would like to ask for apology and understanding,” said Lascañas, referring to his denial of the existence of the DDS in an October 2016 Senate hearing and the allegations made by whistle-blower Edgar Matobato at the time. (READ: Davao cop denies Matobato’s DDS claims: ‘All lies’)

“I feared for the life of my loved ones,” Lascañas told the Senate committee on public order and dangerous drugs headed by Senator Panfilo Lacson. (Watch the Lascañas hearing live on Rappler)

He said the rest of his team was with him during the October 2016 hearing and he was specifically ordered by SPO4 Sonny Buenaventura to “deny everything” that Matobato had said about the killings in Davao and the role of then mayor and now President Rodrigo Duterte. Buenaventura is said to be one of Duterte’s longtime aides.

“The reason why I made my public confession [on February 21] is because of my desire to tell all the truth, not only in pursuit of my spiritual renewal and fear of God. I wanted to clear my conscience. That’s the reason I approached the church people. Because of my sincerity… for the sake of truth,” he said.

The Senate, which already concluded last year that there’s no evidence to prove the existence of the DDS, was forced to reopen its probe into the Davao killings after Lascañas’ press conference last February 21. – Rappler.com