Approving death penalty is ‘blood in our hands’ – lawmakers 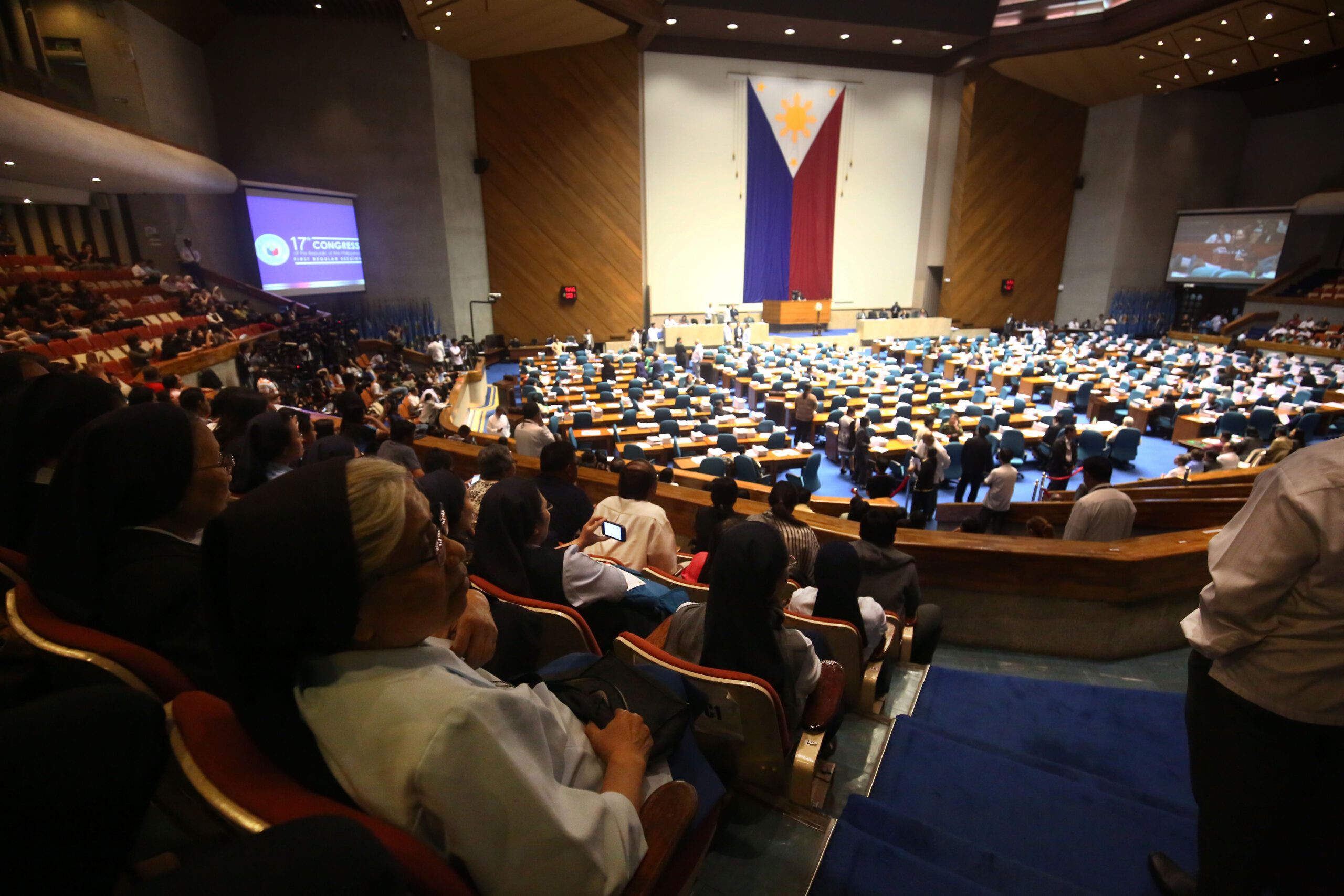 MANILA, Philippines – Congressmen who voted against the death penalty bill made sure to publicly express why they oppose the measure that a majority of their colleagues approved on 3rd and final reading on Tuesday, March 7.

A total of 216 lawmakers gave their nod to House Bill (HB) Number 4727, while only 54 opposed it and one abstained from voting. (READ: Death for drug convicts: House passes bill on final reading)

The measure allows judges to punish drug convicts with either life imprisonment or death. The bill also allows the execution via hanging, firing squad, or lethal injection.

Quezon City 6th District Representative Jose Christopher Belmonte likened the measure’s approval to having “blood into [the House’s] own hands.”

“Honorable Speaker, I have a very high respect for this institution. I cannot fathom the idea that our 17th Congress, through its foresight, would take blood into its own hands. I cannot accept the thought that we, the members of the House of Representatives, will allow fellow human beings to be killed by our own government,” said Belmonte as he explained his “no” vote before the plenary.

“Stripped of its nomenclature as a penalty, imposing the death penalty is allowing state-sponsored killings. A person killed by the state in its death chambers is blood on my hands, Mr Speaker. It is blood [in] our hands. I refuse the idea that I allowed our government to kill in my name, in our name,” he added.

Gabriela Women’s Party Representative Emmi de Jesus also voted against HB 4727, arguing that the bill’s goal of reaching a “just, civilized, and ordered society” is not proper given the current state of the Philippine criminal justice system. (READ: A lethal mix? Death penalty and a ‘flawed, corrupt’ justice system)

(If a just society is prevailing, how come there are many cases involving the poor that do not move in the courts? Isn’t it scary to look at detention centers containing convicts who have stayed there for years without any development in their cases?)

De Jesus is set to lose her chairmanship of the poverty alleviation committee because Speaker Pantaleon Alvarez said House leaders who will oppose the bill will be replaced.

Another lawmaker who voted against HB 4727 is Buhay Representative Lito Atienza. He said that congressmen have “many reasons” to thumb down the measure.

“Sapagkat ito ay labag sa ating mga nilagdaang kasunduan sa United Nations. Ito ay labag sa ating Saligang Batas. Ang sabi ng Saligang Batas (This is a violation of our signed agreements with the United Nations. This is against the Constitution. The Constitution says) – for compelling reasons you can restore the death penalty. What’s compelling about mismanagement? About corruption? In the police, in the prosecution, in the judiciary?” said Atienza.

Anti-death penalty advocates have long been arguing that passing HB 4727 will be a violation of the country’s obligations to the Second Optional Protocol to the International Covenant on Civil and Political Rights, which bans state parties from reimposing capital punishment.

“We believe that this is a violation of our Constitution and even a violation of the rights of the members of Congress when you did not allow us to speak freely, fully and ventilate our sentiments, our feelings and our thoughts, our dreams and our vision as free Filipinos,” added Atienza.

The death penalty bill will now be transmitted to the Senate for another 3 rounds of reading. The bill is expected to be challenged at the Senate, but pro-death penalty senators are considering to limit the measure to high-level drug trafficking. – Rappler.com