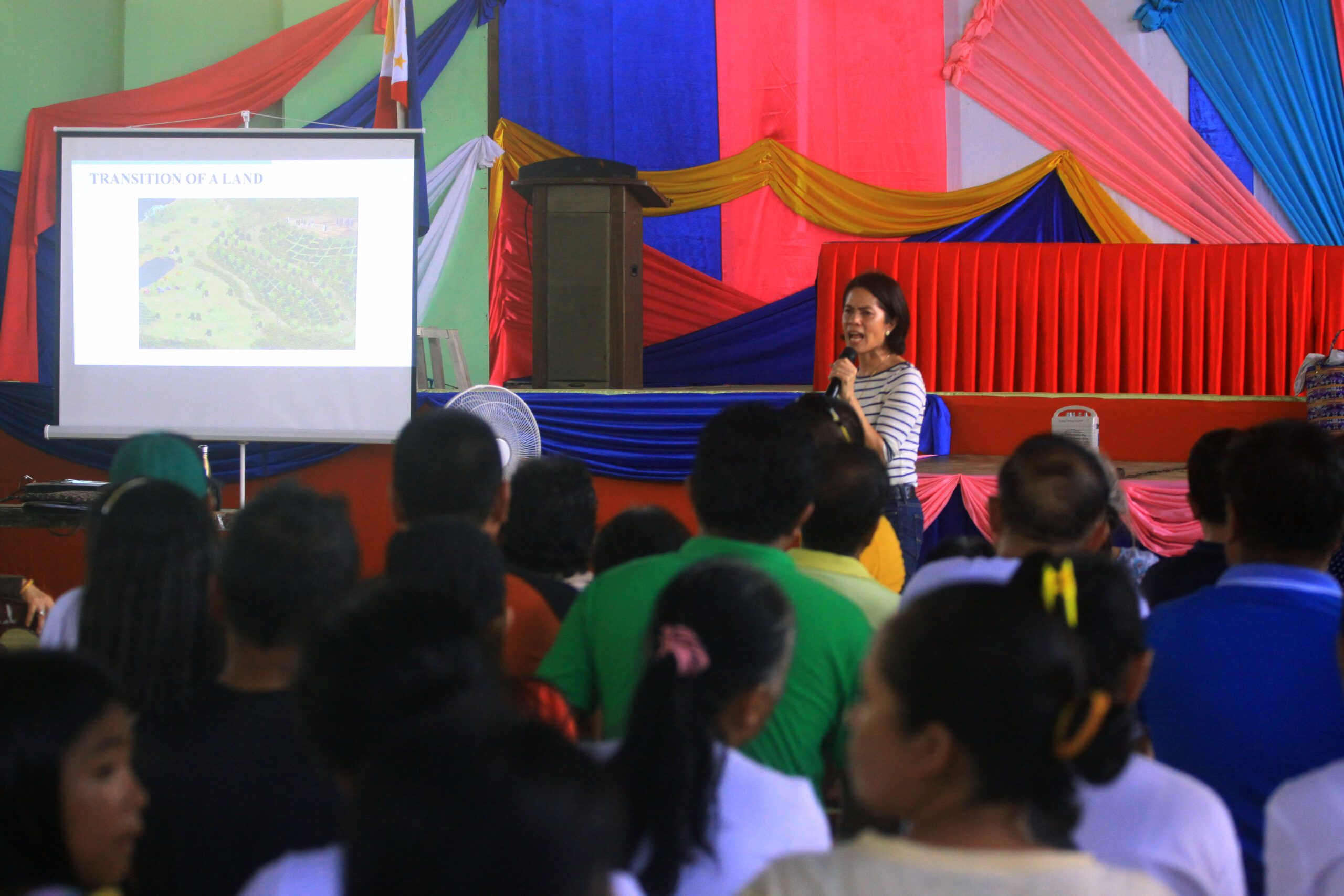 MANILA, Philippines – After postponing the hearing at least twice, the Commission on Appointments (CA) will finally deliberate the confirmation of Environment Secretary Gina Lopez on Wednesday, March 8.

A day before the hearing, Lopez told reporters that members of the powerful CA should make decisions based on the common good and not “based on your pocket” which she called “morally wrong.”

“My worry is that there are some CA members that are into mining – that’s a bit scary. And in fact, the head of the Commission on Appointments in Congress is himself a miner, they own 5 mines, so I hope he makes a decision based on the common good and not on business,” she said, referring to San Juan City Representative Ronaldo Zamora.

Asked if she thinks CA members with mining interests should inhibit themselves from voting, Lopez answered: “I feel that’s the right thing to do because they have business interests which goes against my advocacy. It’s not right.”

Lopez knows her fate before the CA is uncertain, but her only strategy come Wednesday is to tell the truth.

On Tuesday, March 7, President Rodrigo Duterte also made the case for Lopez when he asked the CA to listen to his environment secretary.

“I’m not saying I’m against mining per se, that I’m against big mining. Far from that actually. I know that we need the dollars, but somehow we have to look at the other way and a different perspective,” he said.

The President hopes the country can “strike a happy compromise” when it comes to mining, “but more on the side of protecting the public interest.”

Duterte has time and again expressed his support for Lopez, even reappointing her as secretary when the CA bypassed her in 2016.

As of Tuesday, there are already 23 sworn oppositions to Lopez’s confirmation:

There are also 12 who filed their sworn expressions of support to oppose Lopez’s closure order of mining operations in the country:

In February, the Chamber of Mines also formally opposed Lopez’s confirmation following her department’s decision to close down 23 mines and suspend 5 others.

Some of her critics decry the mining audit’s supposed lack of due process, but Lopez and other environment officials have insisted otherwise.

During a February 6 Rappler Talk interview, Lopez revealed that the team in charge of the mining audit recommended to impose fines on concerned mining companies, while she wanted closures and suspensions.

“They themselves say that there are violations. Where we differed was the action taken. I wanted to close and I wanted to suspend, and they wanted to fine. You’ll just fine? I mean the rivers are red, they’re in a watershed, and you’ll just fine? What are you doing?” she explained.

To address criticism on transparency, the Department of Environment and Natural Resources (DENR) even showed reporters piles of documents related to the mining audit in at least two instances.

A 39-page report of the technical review committee was also made available on the DENR website.

According to the DENR, each mining firm’s audit findings clearly state which violations of these laws, rules, and regulations were committed:

Meanwhile, the Mining Industry Coordinating Council’s technical working group said its review of the mining closures will be finished in 3 months. Lopez revealed on February 14 that she asked for the deferral of her February 15 CA hearing because she wants to come up first with a plan for mining communities affected by her recent decisions.

Two weeks later on February 28, she presented a P3.94-billion ($78.28 million) proposal that involves 11 government agencies in assisting 25,000 to 30,000 households affected by the mining closures.

It was estimated that around P875 million ($17.39 million) of the P3.94 billion will be used as investment for livelihood and job generation.

The DENR said that based on rehabilitation and reinvestment in the area of the closed mines, its emergency program can be targeted to generate about P200 million ($3.97 million) of community income per month by the end of two years.

Jobs/livelihood systems per 50 hectares per mine site closed

Whether or not Lopez will be able to present this plan to the CA on Wednesday remains to be seen.

According to neophyte Senator Manny Pacquiao – chair of the CA committee on environment and natural resources – there are members of the commission who are opposed to Lopez’s confirmation, most of them from the House of Representatives contingent.

At the Senate, Pacquiao and Senator Alan Peter Cayetano already expressed their willingness to listen to both Lopez and her oppositors, while Senators Loren Legarda and Joseph Victor Ejercito have publicly declared their support for the environment secretary.

Ahead of Wednesday’s hearing, the CA approved new rules to allow, upon a motion, secret voting on appointments. The secret ballot, according to CA assistant majority leader and Senate Majority Leader Vicente Sotto III, would allow members to follow their “conscience vote.”

Lopez has stood her ground ever since she ordered the mining closures and suspensions. She said she won’t stop doing the right thing just to please the CA, and even urged the powerful body to consider her “experience and sincerity” as top criteria in deliberating on her confirmation.

She may have many supporters backing her, but it’s still up to a chosen few – the 25 members of the powerful CA – whether or not Lopez will keep her post as the Philippines’ environment secretary. – Rappler.com