U.S. citizen before? Yasay refuses to say yes or no 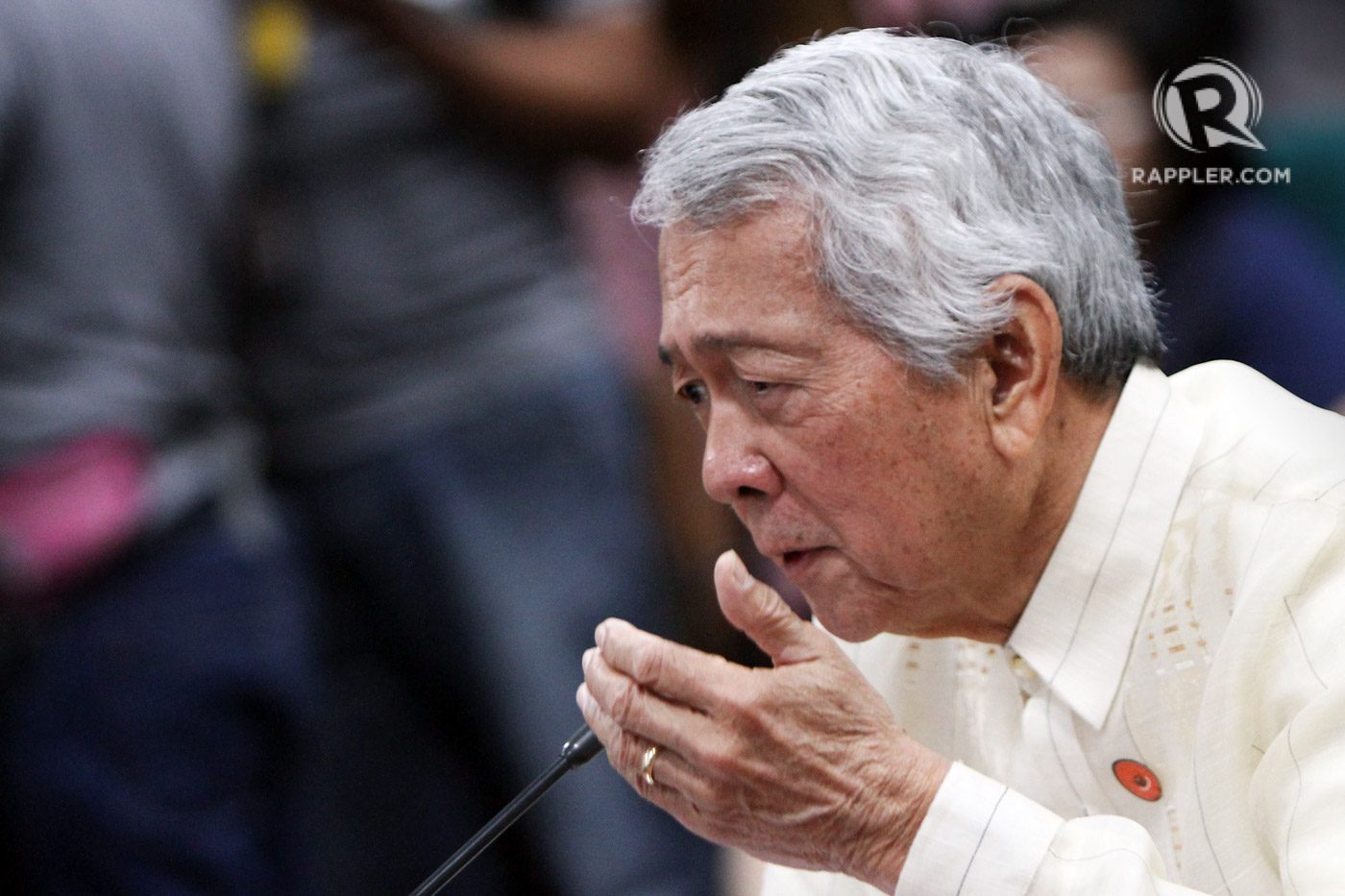 MANILA, Philippines – Grilled over his former US citizenship, Foreign Secretary Perfecto Yasay Jr refused on Wednesday, March 8, to categorically answer a lawmaker’s question on whether he was once a US citizen.

During Yasay’s confirmation hearing before the Commission on Appointments (CA) on Wednesday, Occidental Mindoro Representative Josephine Ramirez Sato said of Yasay: “I would just want to categorically, again, ask him and for him to categorically answer ‘yes or no,’ whether at one point in time in your life, were you ever an American citizen? Just a yes or no, Mr Chair.”

Yasay replied: “I wish I could answer that question with a yes or no, but as directly as I could in answering that question, I have always admitted that I was granted US citizenship. That is my answer.”

Yasay was under oath, and already faces possible perjury charges for denying his US citizenship and US passport during a previous CA hearing.

“I was granted US citizenship on November 26, 1986, but it is my position that that grant of US citizenship at that time was void ab initio (from the beginning) on the basis of the explanation I have stated in my affidavit,” he continued.

“Mr Chairman, with all due respect, I cannot understand why the honorable secretary cannot answer that simple question with a yes or no,” Sato said.

In November 2016, an irked Yasay had told Rappler: “I am a Filipino, I have always been a Filipino, and I have never been a US citizen. I continue to be a Filipino, so that’s the end of the story.”

Sato to Yasay: ‘Please respect us’

Yasay claims he was never a US citizen because even if the US granted him American citizenship in 1986, he executed an affidavit in 1993 saying this is “null and void.”

Yasay explained that he was “disqualified” from US citizenship. This was because he had a “preconceived intent” of abandoning his US residency when he became American. (READ: TIMELINE: When Foreign Secretary Yasay was a foreigner)

Immigration lawyers interviewed by Rappler, however, said that one cannot unilaterally declare through an affidavit that one’s US citizenship is nullified, as Yasay did.

“I mean, you are a lawyer,” Sato told Yasay. “Some of us here are lawyers. Please respect us. We know the law.”

The CA is set to decide Yasay’s fate – whether to confirm, reject, or bypass his appointment – by Wednesday afternoon. – Rappler.com