Matobato lawyer to file case vs Duterte in ICC 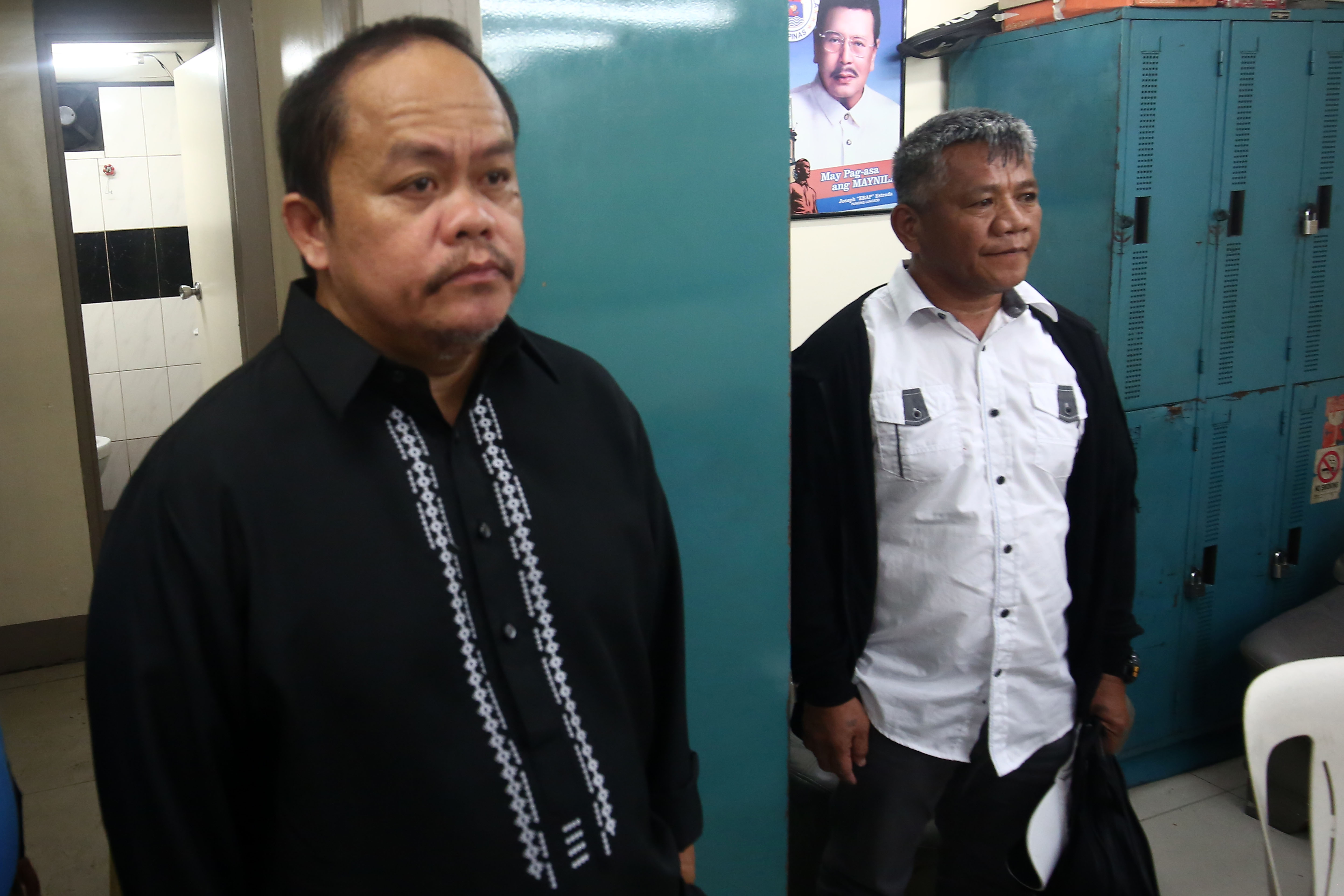 Jude Sabio told Rappler on Thursday, March 9, he will fly to the Netherlands to file a case of crimes against humanity over extrajudicial killings attributed to the President.

From July 1, 2016 to January 31, 2017, there have been over 7,000 deaths linked to the “war on drugs” – both from legitimate police operations and vigilante-style or unexplained killings (including deaths under investigation). The data comes from the Philippine National Police.

Sabio said in a text message, “Criminal case in the ICC i-file ko (I will file) regarding crimes against humanity in relation to extrajudicial killings.”

Crimes against humanity refer to “serious violations committed as part of a large-scale attack against any civilian population.”

This announcement comes after Matobato surrendered for the second time to authorities following the issuance of his arrest warrant over frustrated murder charges. (READ: Edgar Matobato: Liar or truth-teller?)

The former hitman is one of two whistle-blowers who testified before the Senate in September 2016 over the alleged involvement of Duterte and his son, Davao City Vice Mayor Paolo Duterte, in the summary executions attributed to the death squad.

Less than 4 months after, on February 20, he was joined by retired Davao policeman Arturo “Arthur” Lascañas who previously denied the existence of the DDS.

Matobato and Lascañas have both enumerated incidents of killings allegedly carried out by the death squad upon the orders of then Davao City mayor Duterte. (READ: Which information from Matobato does Lascañas corroborate?)

In December 2016, Matobato filed criminal and administrative complaints against the President and his son, as well as Philippine National Police chief Director General Ronald dela Rosa and 25 DDS members, over alleged summary executions.

The Philippines is covered by the jurisdiction of the ICC after it signed and ratified the Rome Statute – its founding document – in 2011. (READ: Things to know about Duterte’s pet peeve ICC)

The Rome Statute lists murder as one of the 15 forms of crimes against humanity.

The ICC, however, will act only when the national courts of a country “are unable or unwilling to exercise jurisdiction.”

Two international human rights organizations – Amnesty International and Human Rights Watch – both stated in their respective reports on the war on drugs that Duterte could be held liable for crimes against humanity for the huge number of suspected drug personalities who have been killed.

The Commission on Human Rights, meanwhile, has formed a new team to investigate killings allegedly done by the DDS – including those stated in the testimonies of both Matobato and Lascañas. – Rappler.com