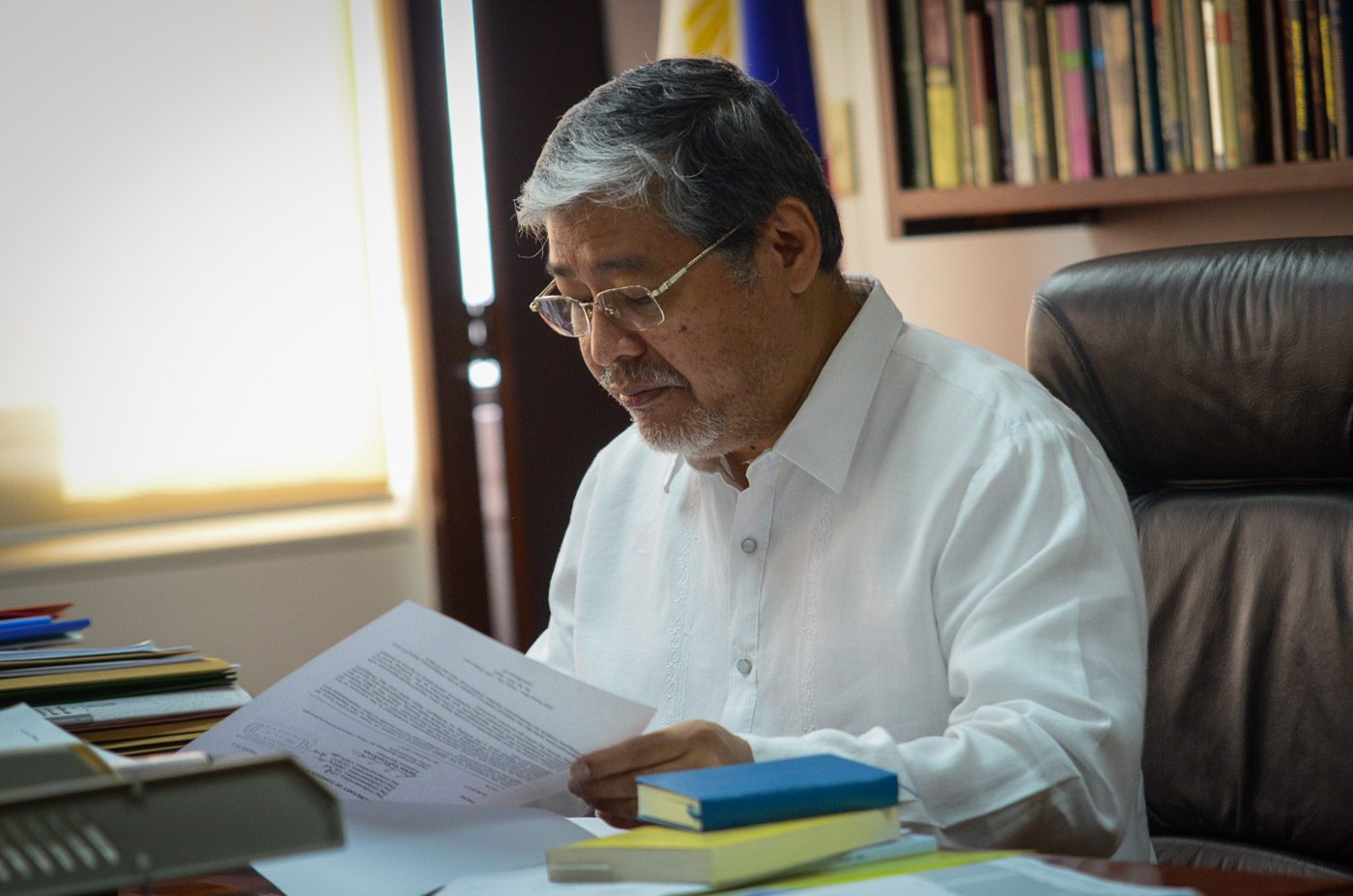 Facebook Twitter Copy URL
Copied
'I want to assure everyone that we have hit the ground running,' Foreign Secretary Enrique Manalo says on Rappler Talk

In his first one-on-one interview as DFA chief, Manalo told Rappler on Friday, March 10, “I want to ensure that the DFA and our people continue to undertake our functions and our responsibilities in a very professional way.”

“And I want to assure everyone that we have hit the ground running, and I think that there’s gonna be a very, very smooth transition, and we are going to prepare the way for whoever might be the next secretary of foreign affairs,” Manalo said on Rappler Talk.

Yasay, who had zero experience in diplomacy before joining the DFA, was also known for his flip-flopping statements on foreign policy. (READ: Yasay flip-flops on ownership of West PH Sea islands)

Malacañang, however, considers Manalo, a career diplomat, as a “transition man.”

Duterte eyes his defeated running mate, Senator Alan Peter Cayetano, to head the DFA by May, even as DFA insiders wish Manalo will keep the DFA’s highest post.

Manalo, after all, has worked at the DFA for nearly 4 decades. He is considered one of the Philippines’ most respected diplomats.

Manalo was previously DFA undersecretary for policy and former Philippine ambassador to the UK, Belgium, and Ireland, among others.

The new DFA chief is also the son of diplomats.

His father, the late Ambassador Armando Manalo, was a former journalist and ambassador to Belgium. His mother, Ambassador Rosario Manalo, was the first female career diplomat of the DFA.

In his interview with Rappler, Manalo also tackled other topics such as his experience growing up in a family of diplomats, and his views on a range of issues.

“And I can assure everyone that this is a guiding light in the DFA especially while I’m here,” the Philippines’ new top diplomat said. – Rappler.com