Free tuition in state colleges: What the bill says

Mar 13, 2017 9:57 AM PHT
Jee Y. Geronimo
Facebook Twitter Copy URL
Copied
Here's what you need to know about the tuition-free policy, as proposed in the Senate 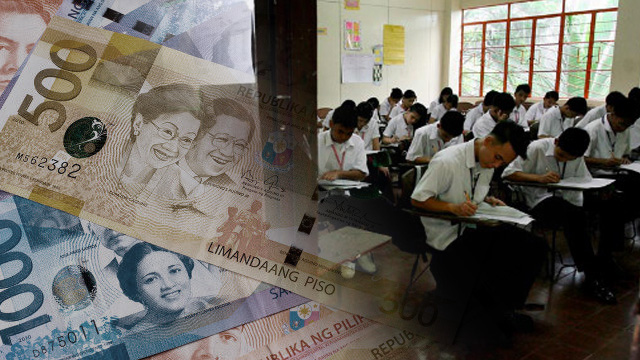 MANILA, Philippines – Senate Bill 1304 or the Free Higher Education for All Act is expected to be approved on third and final reading at the Senate on Monday afternoon, March 13.

In his sponsorship speech in January, Senator Paolo Benigno Aquino IV urged his fellow senators to “invest boldly on education, especially now that we have the means and resources to make this happen.”

There has been much debate about the measure, especially recently when Commission on Higher Education (CHED) Chairperson Patricia Licuanan was quoted as saying the tuition-free policy is “not going to benefit the poor” since “those who get into college…only 8% [belong to the poorest quintile].”

CHED has expressed its reservations about the policy even during the Aquino administration. (READ: Higher budget, free tuition in state colleges: Easier said than done)

In 2015, after senators proposed during budget deliberations to source funds that will cover the tuition of undergraduate students in state universities and colleges (SUCs), CHED came out with a 5-page position paper saying that a tuition-free policy will likely result to a massive exodus of students from private higher education institutions (HEIs) to SUCs.

What’s different then and now is that an P8.3-billion ($164.98 million) allocation meant to provide for free tuition fees in SUCs made it to the 2017 budget.

But Senate Bill 1304 seeks to institutionalize this tuition-free policy, with a proposed P15-billion ($298.29 million) funding to be appropriated from the Presidential Social Fund for the SUC Tuition Subsidy Fund – a fund to be used solely for implementing the proposed measure’s full tuition subsidy

Here’s what you need to know about the tuition-free policy, as proposed in the Senate:

For students “with the financial capacity to pay for their education in the SUC,” the Senate bill mandates the state university or college to create a mechanism that will enable these students to “opt out of the tuition subsidy or to make a donation to the school.”

The bill also specified which students are not eligible to avail the subsidy: those who already attained a bachelor’s degree or any equivalent degree in any HEI, and those who have been “dishonorably discharged from any HEI… for any reason other than financial difficulty in paying tuition and other fees.”

Who administers the SUC Tuition Subsidy Fund? Under the proposed bill, it is CHED’s job to manage and administer the fund, and to resolve and mediate disputes concerning ineligibility or disqualification of students from the full tuition subsidy.

The Commission must also come up with the following:

What must SUCs do to access the Tuition Subsidy Fund? The bill is very specific on the requirements that SUCs must fulfill before they can access the fund:

Each SUC president must submit to CHED a report which details the names of students qualified for the full tuition subsidy, and the amount of tuition due based on the number of units enrolled. This report must be submitted 5 days after the last day of late registration for each semester.

CHED must then ensure full payment of tuition due to the SUC no later than 30 days after the tuition report was submitted, but the Commission has the right to withhold or disallow payment should any reported fees be perceived anomalous or irregular.

Several bills on a tuition-free policy in SUCs have also been filed at the House of Representatives since the start of the 17th Congress. – Rappler.com