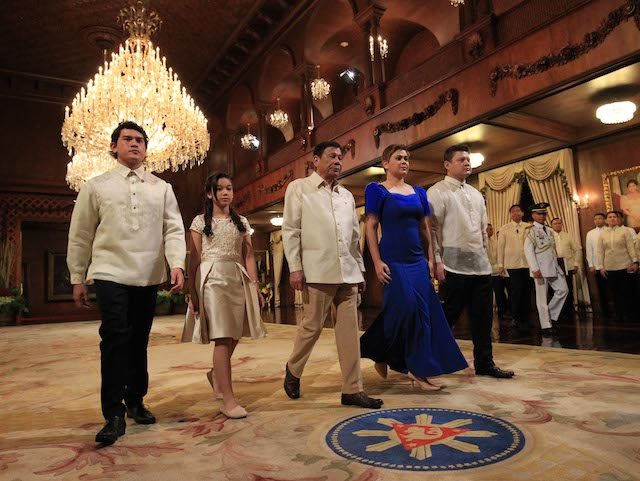 A turtle that hoarded over 900 coins in various currencies inside his stomach. Scientists growing potatoes in Mars-like conditions. These are some of the more fantastic headlines we see in the news this morning.

This week’s #AnimatED, however points to something even more incredible: a powerful bicameral body which has its own budget, its own secretariat of more than 100 people, its own investigative arm, and a staff of about 5 people per member –  failed to obtain the paper trail of Perfecto Yasay Jr.’s US citizenship and his renunciation. The media beat them to it.

The Commission’s belated action on the issue does not revived faith in the confirmation system, our editorial says. It exposes the Commission’s fatal flaws and has reinforced doubts on the process.

Below are today’s top news.

In his speech at the thanksgiving party of the ruling Partido Demokratiko Pilipino-Lakas ng Bayan (PDP-Laban) on Sunday evening, President Rodrigo Duterte reiterated that he would step down if Senator Antonio Trillanes IV’s claims about his supposed hidden wealth are proven. Citing “delicadeza,” he also said that he would resign if any of his children get involved in corruption. Trillanes earlier alleged that the bank accounts listed under Duterte are mostly accounts owned alongside his children, two of whom are also elected officials in Davao City: Sara is the mayor and Paolo is the vice-mayor. Retired Davao City policeman Arturo “Arthur” Lascañas also alleged that Paolo protected an alleged drug lord. Both have denied the accusations and have dared Trillanes to show proof. Employees of the Tourism Promotions Board (TPB), an office under the Department of Tourism (DOT), filed with the Presidential Action Center (PACE) a complaint against its chief operating officer Cesar Montano over alleged mismanagement and possible corruption. According to a document obtained by Rappler, Montano allegedly entered into contracts with producers to hold concerts and events where he was one of the performers. He is also accused of hiring friends and relatives, using public funds for personal travels, and incompetence. Montano was appointed head of TPB by President Rodrigo Duterte in December 2016. It’s belated action on the issue of Perfecto Yasay Jr.’s nationality does not restore trust in the Commission on Appointment’s capacity to vet appointees, this week’s #AnimatED says. Rather, it exposes the Commission’s fatal flaws. Despite the leadership change and the political noise, foreign direct investments in the Philippines continued to surge through the second half of 2016, according to the Bangko Sentral ng Pilipinas (BSP). Preliminary data showed that full year-2016 FDIs totaled $7.9 billion, a 40.7% jump from what was seen in 2015. Performance surpassed the BSP’s official forecast of $6.7 billion. Voted as the one of the world’s best dive spots, Indonesia’s Raja Ampat islands is considered to have one of the most biodiverse reefs in the world. Last week, however, about 1,600 square meters of the reefs in the area got destroyed by a British cruise ship. A marine research group says the company that owns the cruise ship should pay compensation for the damage, estimated at about $800-$1,200 per square meter, or a total of roughly $1.28 – $1.92 million. In a small public park in Thailand’s Chonburi Province, visitors seeking good luck have made it a practice to toss coins into the turtle pond. Now vets are urging the public to stop. The reason: a total of 915 of these coins have ended inside the stomach of a 25 year-old sea turtle living in that pond. Now dubbed ‘Piggy Bank,’ the turtle underwent a grueling 7-hour surgery on Monday, March 6, to remove the 5 kilogram hoard of coins. Apparently yes, based on results from an experiment where scientists grew the root crop in Peru under conditions that mimicked atmospheric conditions in Mars. It’s a promising development, scientists say, not just in relation to future Mars missions but also in relation to food security under climate change and extreme environments.