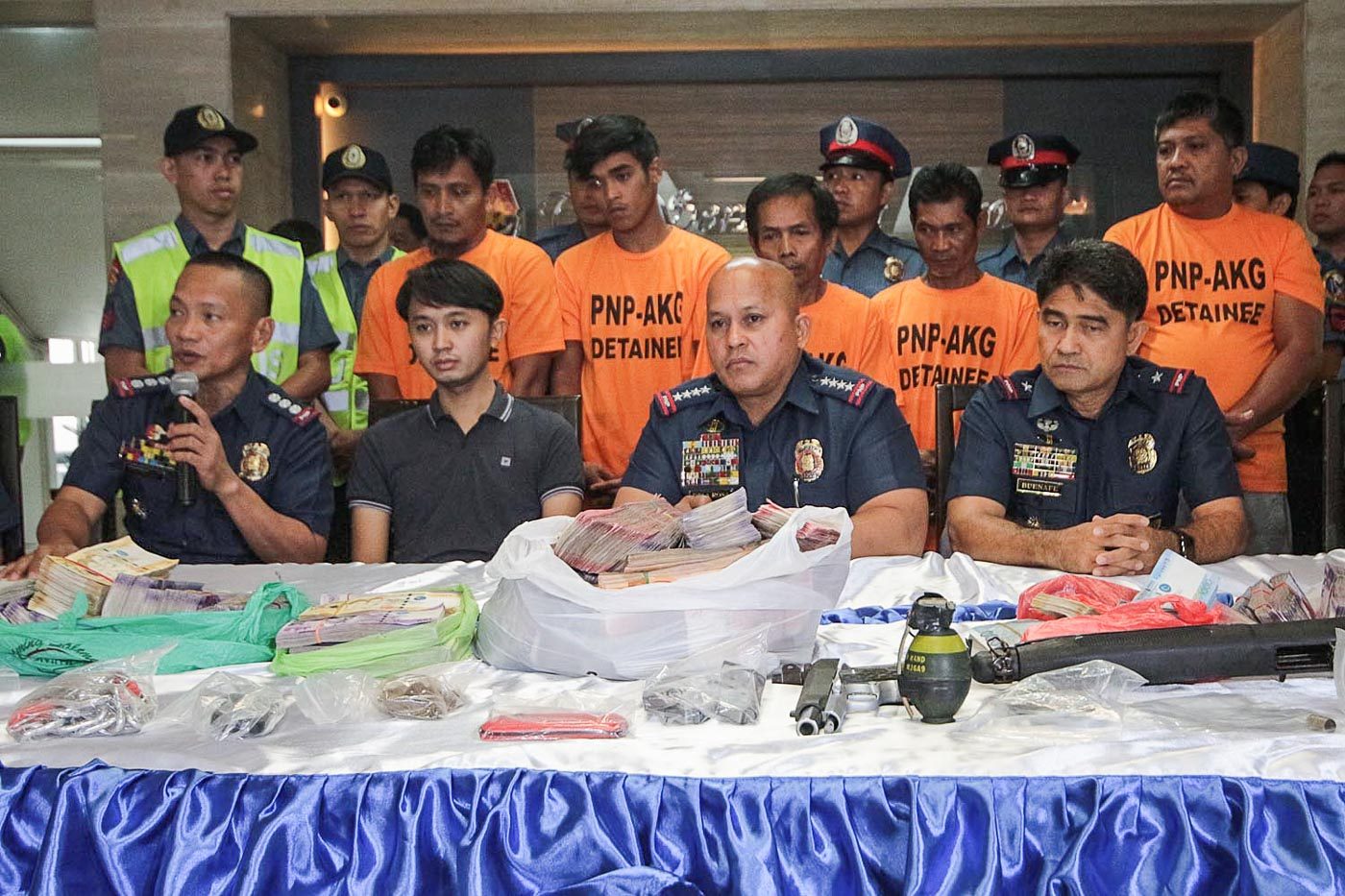 MANILA, Philippines – Did President Rodrigo Duterte “micromanage” the police when he intervened in the re-appointment of a cop who later led an operation that resulted in the death of a suspected drug lord?

According to a joint senate committee report on the killing of Albuera Mayor Rolando Espinosa, Sr., Duterte should “not be micromanaging the affairs of the government and should place his trust in the sound discretion of all his appointee, including [Philippine National Police chief Ronald dela Rosa].” The report was released on Monday, March 13, almost 4 months after Espinosa was killed inside his own jail cell.

Espinosa was killed on November 5, 2016, in what operatives from the Criminal Investigation and Detection Group (CIDG) Region 8 claim was an operation to serve a search warrant against the mayor and another inmate.

He allegedly had guns and illegal drugs inside prison. Cops claimed he shot at cops during the operation, which eventually resulted in his death.

But that version of the story has been disputed by PNP officials, the National Bureau of Investigation, and the Senate committees on public order and dangerous drugs and on justice and human rights.

Former CIDG 8 chief Superintendent Marvin Marcos, his men, and some personnel of the local Maritime Group allegedly planned the killing of Marcos, mainly to rid all traces of their supposed ties to the illegal drugs network in Eastern Visayas.

Espinosa was among the first chief executives that Duterte accused of having ties to illegal drugs. His son, Kerwin, is an alleged drug lord.

But Duterte’s ties to the case became more complicated after it was revealed that Dela Rosa had ordered Marcos relieved prior to the jail incident, based on reports he was linked to drugs. The PNP chief’s plans, however, were thwarted when a “higher up” intervened.

After a few days of refusing to name the “higher up,” Duterte admitted that he stopped the relief of Marcos, supposedly because he was investigating the cop’s ties to illegal drugs.

“The Chief [of the PNP] should be given full authority and control on how he will manage the day-to-day affairs of the organization subject to the limitations set by law. He should be given a free hand to decide on how to run the PNP and his decisions should be recognized and respected and should be countermanded or reversed only by the Chief Executive in case of a clear showing of grave abuse of discretion of the part of the Chief, PNP,” read the Senate report, which was submitted and sponsored by Senator Panfilo Lacson, a former chief of the police force.

During a Monday 13 press conference in Camp Crame, Dela Rosa defended the President, saying that he has been given a “free hand” to run the organization.

“He told me, ‘go ahead you do what is necessary.’ And I’m very thankful to the President for that full trust and confidence,” he said.

But the 4-star general, who once served as Davao City police chief when Duterte was mayor of the city, said he cannot be “totally independent” of the president because he is under the executive branch of government.

Dela Rosa’s career in the police force began in Davao back in 1986, or the same year Duterte was appointed vice mayor of the city. Both Dela Rosa and Duterte have lived in Davao City most their lives.

“[Duterte] is a hands-on leader but he is not a micromanager. The difference is that he knows what’s happening in the PNP, in the Philippines and he’s concerned about everything that happens in the Philippines, the community, and the PNP. He is concerned because he’s hands on but as to the crucial decisions on what to do on a particular issue, he’ll tell me, ‘it’s up to you, you decide, you’re the commander,’” said Dela Rosa.

Dela Rosa said that for the most part, the President doesn’t even need to force him into doing what the latter wants.

“In the last 35 years, I’ve been working with him, I know what he wants, what he desires. I can read his mind, so to speak. So he does not need to dictate me because what he wants is already programed into my mind,” he added.

Pressed on whether Espinosa’s life would’ve been spared had Duterte not intervened, Dela Rosa was dismissive. “When you talk about the future, you can’t say for sure. That’s their opinion and I respect their opinion,” the PNP chief said. – Rappler.com