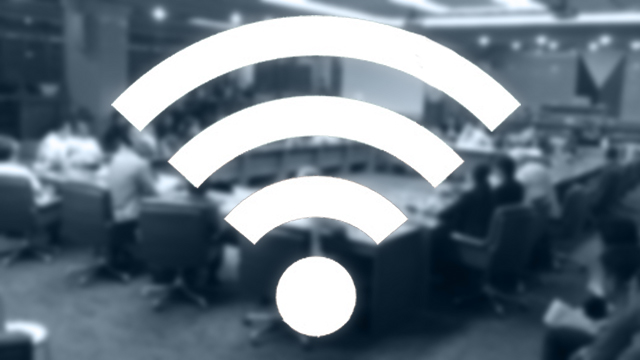 MANILA, Philippines (UPDATED) – The Senate approved on 3rd and final reading the bill that mandates the government to provide free Wi-Fi in public places.

Under the bill, “all national and local government offices, public schools – from elementary to tertiary – public transport terminals, public hospitals, and public libraries will have free internet access.”

Senator Paolo Benigno Aquino IV, who sponsored and co-authored the measure, said in a statement on Monday that it is seen to complement the government’s national broadband plan.

He also said in a separate statement on Tuesday, March 14, that access to the internet would open up more opportunities for Filipinos.

“Access to the internet is also access to more opportunities when it comes to livelihood, education, and business. We want quality internet to be available to every Filipino,” Aquino said.

Senator Francis Pangilinan, one of the co-authors of the bill, said the public would now be able to access more government services.

(Providing free wireless internet access to our public is a step toward modernizing our country’s internet connectivity.)

The Department of Information and Communications Technology (DICT) will be the agency in charge of “developing a plan and a timeline” for the free public Wi-Fi if the bill is enacted into law, according to Aquino.

Over P1.7 billion of the 2017 national budget was earlier allotted to the DICT to provide free Wi-Fi in public areas.

The measure “also authorizes the DICT to cut red tape and streamline the process for the application of permits and certificates for the construction of infrastructure and installation of necessary equipment,” said Aquino. (READ: Want free public Wi-Fi? Slash processing time of permits – DICT)

House Majority Leader Rodolfo Fariñas previously said the House of Representatives will approve its own version of the free public Wi-Fi bill on 2nd reading by Wednesday, March 15. He also said it will be approved on 3rd and final reading when they resume session on May 2. – Rappler.com