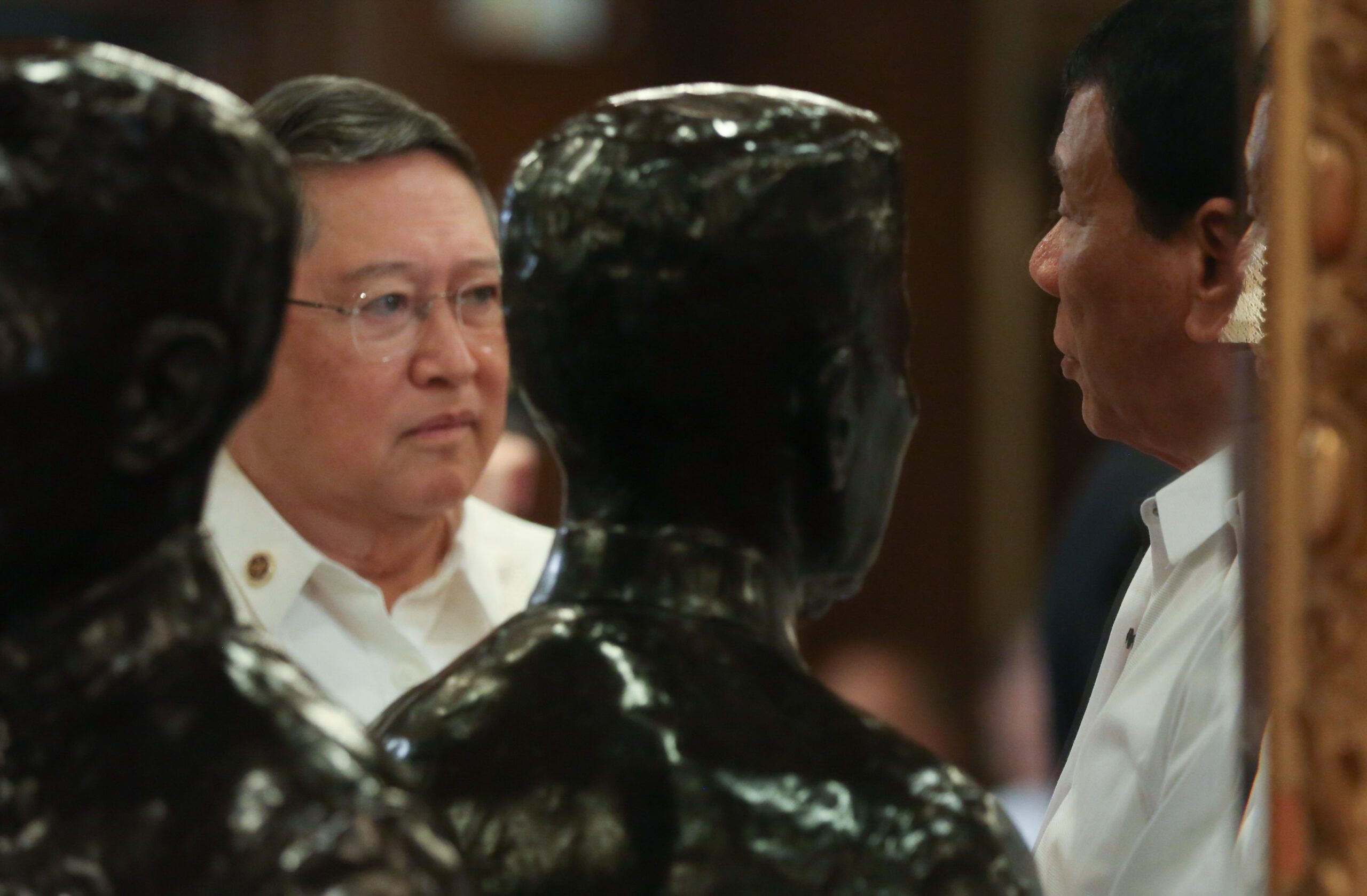 MANILA, Philippines – Finance Secretary Carlos Dominguez III on Tuesday, March 14, discussed the long-term impact of a total ban on mining which President Rodrigo Duterte this week said he is considering to impose.

Speaking to members of the Commission on Appointments (CA), Dominguez said mining accounts for about 0.78% of the country’s gross domestic product (GDP), while annual taxes collected from mining are as follows:

“If total mining were closed, it will be very difficult for us to immediately cover this shortfall,” he said.

“I’m saying in the immediate future, because for all you know, this could be covered by revenues from tourism, revenues from agriculture, but believe me, it will take more than 5 years siguro (maybe) to cover that from another source.”

Another concern, he said, is local government finance.

Dominguez also reiterated the effect of any mining ban on people’s livelihoods.

“There is an argument about how many employees there are. I actually don’t know, but I’ve heard figures from around 200,000 people, but these 200,000 people are only those who are directly hired. These don’t include the other knock-on effects on trucking, food supply to the workers, and other services that are provided to mines,” he added.

The CA invited Dominguez as a resource person during Tuesday’s meeting to explain the Mining Industry Coordinating Council’s review of the environment department’s closure and suspension orders. (READ: Dominguez: There was ‘failure’ of due process in mining audit)

Environment Secretary Gina Lopez, who is likely to be bypassed again by the CA, ordered the closure or suspension of 28 mining sites in the country in February. Dominguez back then expressed his “deep concern” for millions of people affected by the closures.

On Tuesday, the finance secretary was also asked about his opinion of Lopez’s plan to rehabilitate mine sites towards a green economy.

He added: “We know for a fact an area which is highly mineralized is not fertile. It’s just simply not fertile. In fact it’s very hard to find an area that is full of trees that has minerals under it. It’s usually a barren rock because they don’t have the nutrients.”

Dominguez also pointed out that the plan towards ecotourism would need “a lot of investment,” especially in building roads or airports leading to the areas.

“I said it is possible, I’m not sure if it’s possible in all areas, and I am not sure how long it will take. In the meantime, what are you going to do?” – Rappler.com