Mar 17, 2017 2:42 PM PHT
Lian Buan
Facebook Twitter Copy URL
Copied
This will be the fourth time since December that Revilla has been granted a furlough to visit his father at the hospital 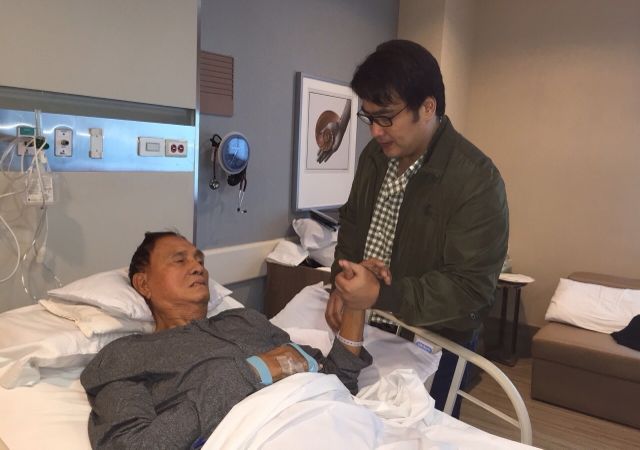 MANILA, Philippines – The Sandiganbayan has again allowed detained Senator Ramon “Bong” Revilla Jr to go out of jail and visit his father who is scheduled to undergo surgery on Saturday, March 18.

The anti-graft court’s first division partially granted Revilla’s motion in an open court hearing on Friday March 17, allowing the senator to go to the hospital on Saturday from 6 am to 9 am.

Revilla had initially requested a furlough from 6 am to 12 noon.

According to Revilla’s motion, former Senator Ramon Revilla Sr was confined at the St Luke’s Medical Center in Taguig last March 10 because of pneumonia and gastrointestinal bleeding. Revilla said the doctors have scheduled a gastroscopy and colonoscopy for his 90-year-old father on March 18.

“Senator Revilla feels obliged to come to the aid of his father, who is very close to him, even by his mere presence, and cannot disregard a son’s natural urge and desire to visit and be with his ailing and weak father, and spend a few moments together,” the senator’s motion reads.

Revilla’s trial for plunder over the multi-billion-peso pork barrel scam is set to start on March 30, a final date set by the court after 3 resets. – Rappler.com