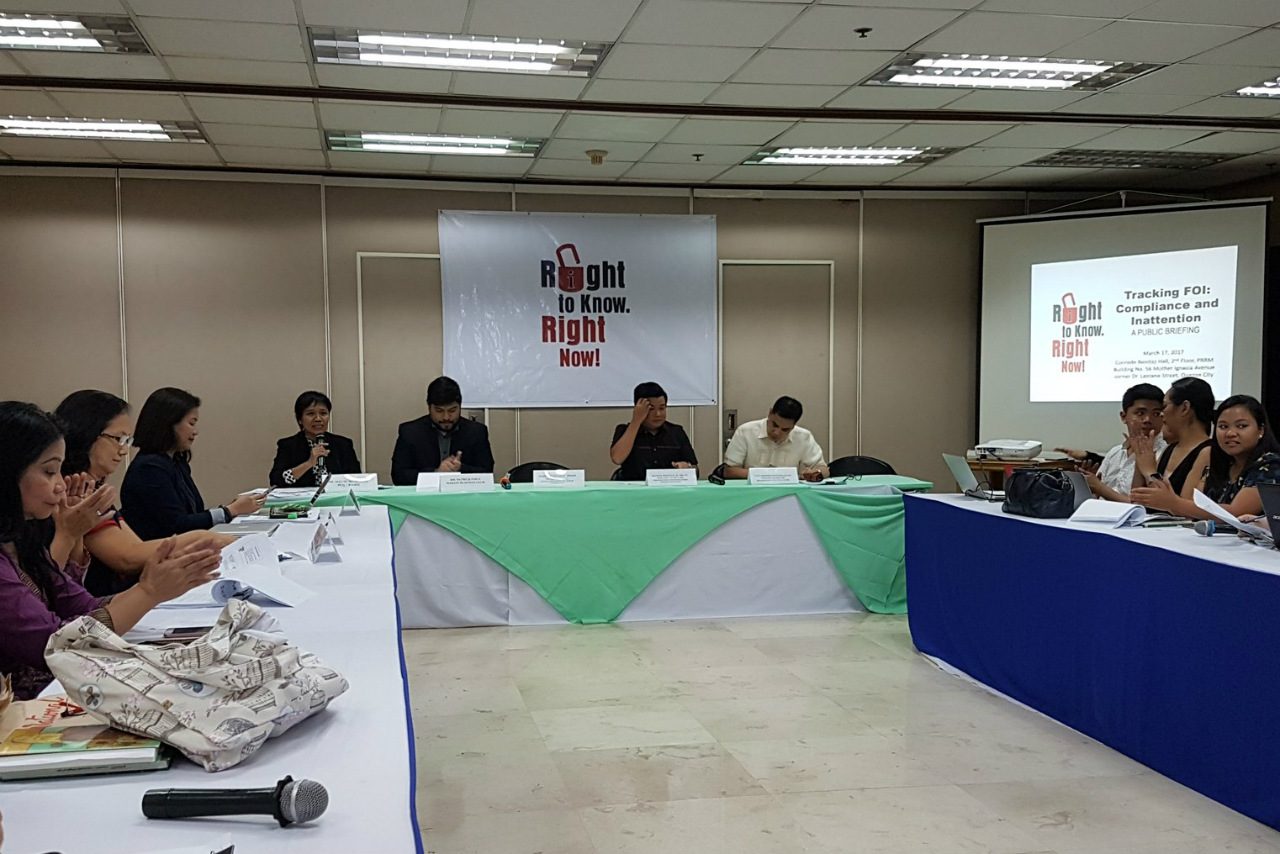 MANILA, Philippines – Government officials in a forum Friday, March 17, emphasized the need to pass a Freedom of Information (FOI) law .

“At the end of the day, we still need legislation. Currently, we can only impose administrative liability. Sometimes that is not enough. We need to pass the law,” said Presidential Communications Office (PCO) Assistant Secretary Kris Ablan.

Under former president Benigno Aquino III’s administration, the FOI law was named as one of its legislative priorities but it was not passed, causing huge disappointment among civic groups and watchdogs clamoring for its passage for decades. (READ: Why the Philippines needs a freedom of information law)

When President Rodrigo Duterte took over, he signed the landmark Executive Order No. 2 in July 2016 which effectively allows the public to request for documents and records under the executive branch. (READ: FOI to take effect on Nov 25: What you need to know)

“At this point, nagkakaisa tayong lahat na mahalaga pa rin talagang maipasa yung batas. (We all agree that it is still important to pass the law),” said Tinio.

He cautioned against being complacent about the passage of the law despite the implementation of the EO. “Even if I’m not the committee chair anymore, I will still be an active advocate of the bill,” said Tinio.

Four months into implementation, the Right to Know, Right Now! (R2KRN) coalition tracked the implementation of the executive order by requesting data themselves.

According to the coalition, the compliance of executive offices with EO No. 2 is “mixed.” Some agencies like the Philippine Statistics Authority was lauded for its prompt response, while others like the Philippine National Police were slammed for not responding to queries.

“Some agencies responded promptly, completely, while some agencies declined or did not respond at all,” Eirene Aguila said.

The coalition also said they had problems requesting for agencies’ FOI manuals. Of the 22 offices they contacted, only about half responded positively. The rest said they do not have a copy of their manuals yet.

In response to this, Ablan said that the PCO will send out a memorandum to agencies. “They do not have to ask us for permission in giving out copies of their FOI manuals,” he said in a mix of English and Filipino.

“In gist, the (R2KRN) coalition deems it too early for the Duterte administration to claim its FOI project as a feather in its cap,” the coalition said.

“With his EO No. 2 as his signal move, President Rodrigo Duterte must now in words, and in deeds, push with vigor the passage of the FOI law by his “supermajority” in both legislative chambers,” they aded.

The signing of the EO is a critical milestone for advocates.

It took effect November 25 last year, alongside the launch of its online portal. Since then, interested citizens have been able to request for data directly from government offices or through its online counterpart.

The fight started when the first bill was filed in 1992 in the House of Representatives. Twenty-four years later, the Philippines is finally implementing a measure toward full public disclosure.

“The Senate and the House of Representatives must not falter and fail anymore as their predecessors in 5 prior Congresses did,” the coalition said in its statement. – Rappler.com