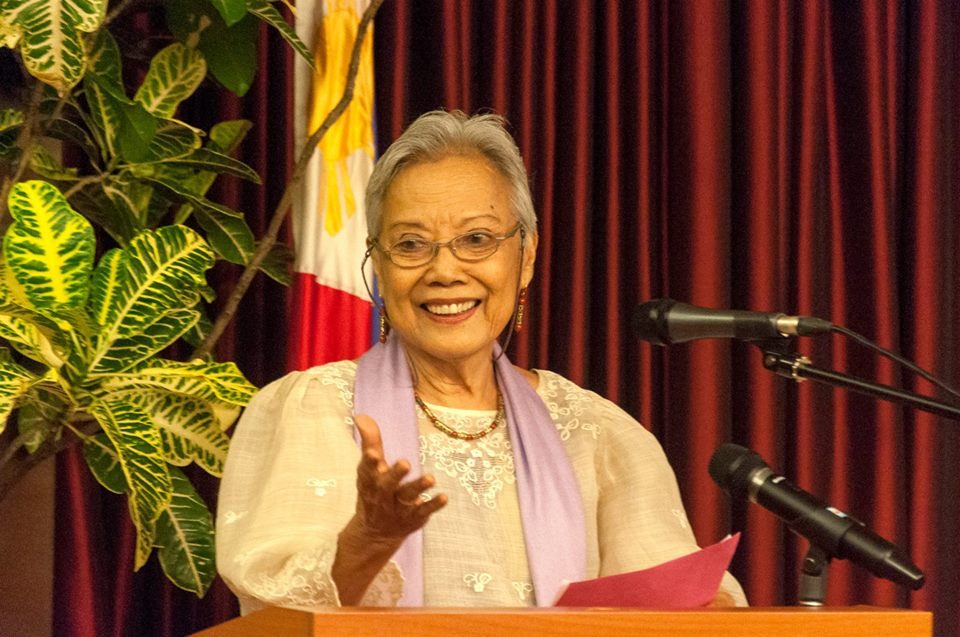 Facebook Twitter Copy URL
Copied
(5th UPDATE) Leticia Ramos-Shahani, the younger sister of former president Fidel Ramos, was senator from 1987 to 1998 and was a career diplomat before entering politics

Editor’s note: In an earlier version of the story, we wrote that former senator Leticia Ramos-Shahani was former head of the National Commission for Culture and the Arts. This has been corrected.

Shahani’s daughter Lila, in a post on Facebook, said the former lawmaker died at around 2:40 am on Monday. (OBITUARY: Leticia Ramos-Shahani: The woman who competed with the best)

“Mom left the body, by the awful grace of God, at 2:40 am this morning, just a few hours after my 50th birthday,” she wrote.

“Bereft and full of grief, but still strangely peaceful in the knowledge that she is now free from all suffering,” Lila added.

Shahani is survived by 3 children with Indian professor and writer Ranjee Shahani: Ranjit, Chanda, and Lila.

The former lawmaker was suffering from cancer of the colon.

The family said her wake begins on Wednesday, March 22, at the Funeraria Paz in Sucat, Parañaque. Shahani, the younger sister of former president Fidel Ramos, was senator from 1987 to 1998.

She was Senate president pro-tempore in the 9th and 10th Congresses, and chaired the committees on foreign relations, education, agriculture, and women and family relations.

A career diplomat before she entered politics, Shahani was the Philippine envoy to Australia, Romania, Hungary, and Germany. She also served the United Nations in different capacities.

She was foreign affairs undersecretary and chaired the National Commission on the Role of Filipino Women in the first year of the administration of Corazon Aquino.

She headed the National Committee of Libraries and Information Services (NCLIS) of the National Commission for Culture and the Arts from 2001 to 2004, and served as a director at the Manila Economic and Cultural Office (MECO).

Shahani is the principal advocate of the Moral Recovery Program (MRP), which she initiated in 1987 to integrate ethical values into nation building and government.

Tributes to Shahani poured in, particularly from members of the Senate, the chamber where she served as legislator for 11 years.

“The Palace is saddened by the news of former senator and career diplomat Leticia Ramos-Shahani’s passing this morning,” Presidential Spokesman Ernesto Abella said in a statement.

“Senator Shahani served the nation well as Senator of the Republic and worked tirelessly in the executive branch in various capacities under different administrations,” the statement said.

“Our condolences and prayers to the family and friends of the former Senator,” the Malacañang statement continued. “She was a profound humanist and her voice will be missed.”

Drilon said she “remains a shining example of a public servant who our present and future leaders must strive to emulate.”

“Today, we have lost a formidable advocate of women’s rights, a staunch environmentalist, and a seasoned diplomat,” Senator Grace Poe, meanwhile, said in a statement.

“From her extensive career in the foreign service to her stint in the Senate, Manang Letty demonstrated how public service should be: sincere, dynamic, and exemplary,” Poe continued. “She is an inspiration to generations of women because of her steadfast principles and decisive actions.” – with reports from Michael Bueza and Camille Elemia / Rappler.com