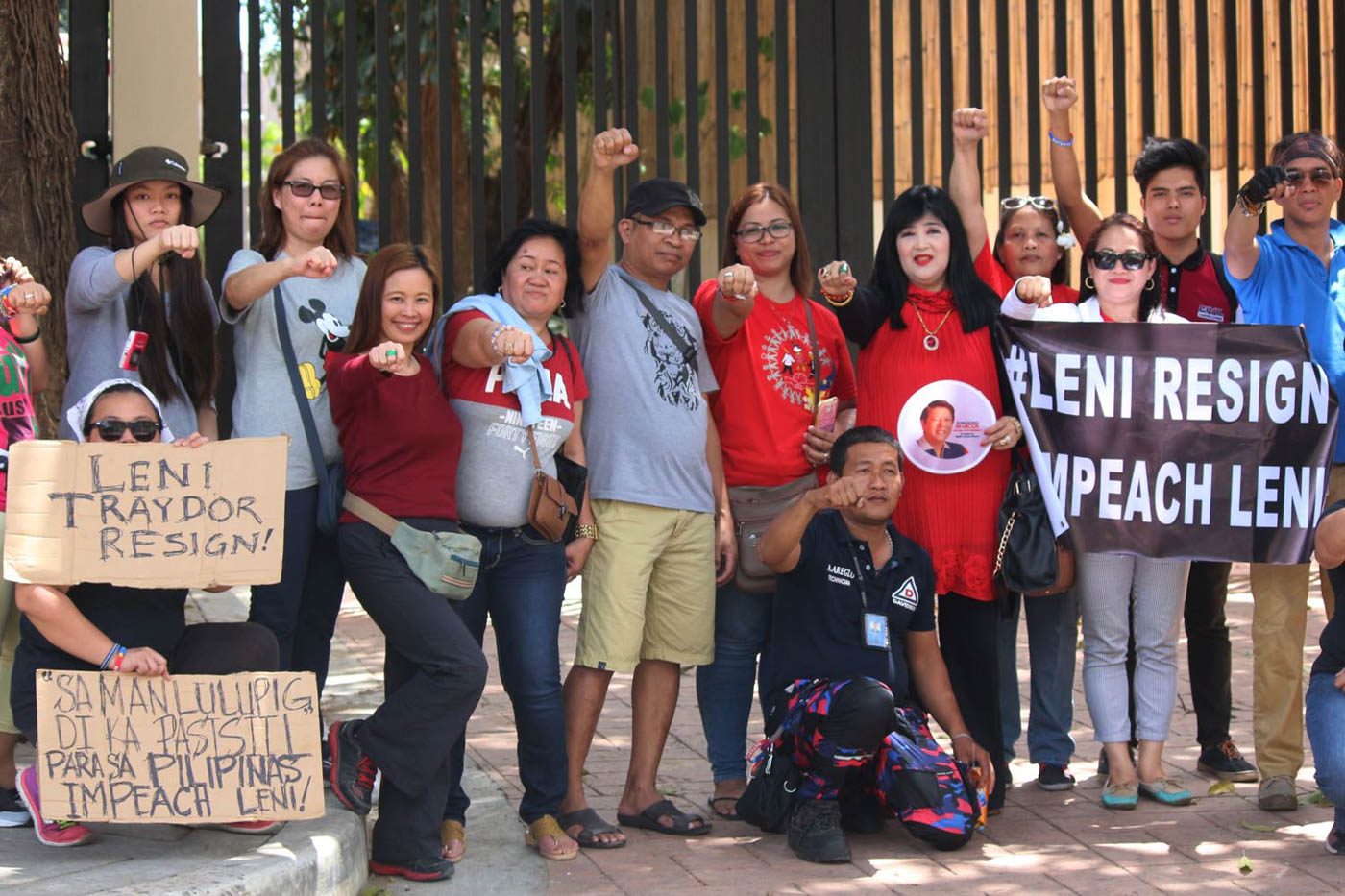 Facebook Twitter Copy URL
Copied
'We are asking the people to show indignation towards the actions of our Vice President,' says pro-Duterte lawyer Bruce Rivera

MANILA, Philippines – Staunch supporters of President Rodrigo Duterte will be holding a gathering on April 2 to call for the impeachment of Vice President Leni Robredo.

Pro-Duterte lawyer Bruce Rivera said on Thursday, March 23, that the indignation rally called “Palit Bise” will be held at Luneta from 4 pm to midnight.

“The April 2 event will be headed by, of course, Mocha and myself. And we are asking the people to show indignation towards the actions of our Vice President. This is the first time that we will actually be impeaching a vice president,” said Rivera, referring to another pro-Duterte blogger, Mocha Uson.

“Bakit natin i-impeach ang ‘di pa nagiging presidente? (Why are we going to impeach someone who has not become president yet?) Why? Because she’s doing something ruinous to our country,” he added.

Rivera made the announcement in the same press conference that his group, “Impeach VP Leni Team,” said that they will be drafting an impeachment complaint against Robredo for allegedly “peddling lies” about the Philippines to the international community. (WATCH: Duterte supporters in heated exchange with reporters)

This comes on the heels of Robredo’s criticism against Duterte’s war on drugs, which was in a video played at an event in Vienna, Austria mounted by a non-governmental organization.

According to Rivera, no politicians will be attending their April 2 rally.

“Wala pong politiko doon. Kami-kami lang po. Tayong pong mga Pilipino nando’n. Magkakaisa tayo (There will be no politicians there. It’ll be just us. Filipinos will be there. Let us be united). This is not even a celebration because there’s nothing to celebrate at this point. We are destroyed in the international community,” he said.

Two Marcos loyalists – lawyer Oliver Lozano and broadcaster Melchor Chavez – have already drafted their own impeachment complaint against Robredo over her video. The two are asking Speaker Pantaleon Alvarez to endorse their complaint.

He believes the Vice President is behind the first impeachment complaint filed against Duterte, Alvarez’s longtime friend and political ally. – Rappler.com