Koko Pimentel to seek reelection in 2019 amid legal issues

Mar 25, 2017 10:56 AM PHT
Camille Elemia
Facebook Twitter Copy URL
Copied
He expects his candidacy to be questioned before the Supreme Court but says he is 'confident' he will win as he did not finish his 1st 6-year term 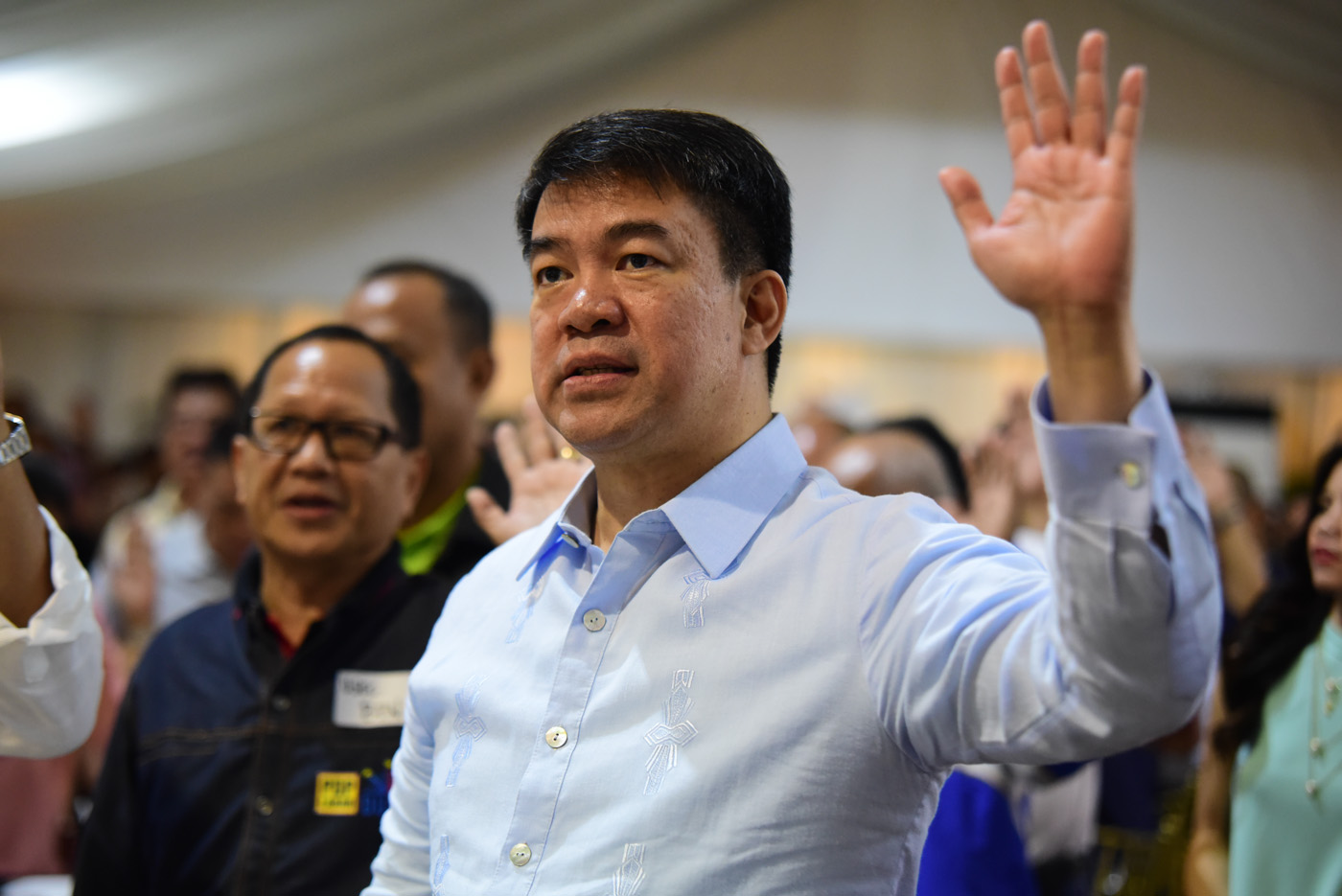 MANILA, Philippines – Senate President Aquilino Pimentel III is eyeing reelection in the 2019 midterm elections, after having failed to complete his first 6-year term.

While the 1987 Constitution says senators are allowed only two consecutive terms, Pimentel said his case is different.

Pimentel was proclaimed senator only in August 2011 after a protracted and bitter election protest against Senator Juan Miguel Zubiri over election fraud. He served only one year and 10 months of his 6-year term. He ran again for the Senate in 2013.

“My interpretation is I can still run in 2019. I only served one year and 10 months. Kung titimgnan mo (If you look at it), it’s actually a minority term or period,” Pimentel told Rappler on Friday, March 24.

Article 6, Section 4 of the 1987 Constitution says that a senator’s term shall be 6 years and that “no senator shall serve for more than 2 consecutive terms.”

Pimentel said he is relying on the “fairness principle” to push for his cause, as no constitutional provision covers his unique situation.

“There is no provision in the Constitution that governs my exact same situation, but if you look at other rules, there’s the rule for president. You do it by analogy. If you use your sense of fairness you will come to the conclusion that this person who only served one year and 10 months should be allowed to run,” he added.

Pimentel was referring to Article 7, Section 4 of the 1987 Constitution, which says, “No person who has succeeded as President and has served as such for more than four years shall be qualified for election to the same office at any time.”

This means, he said, that a president who has served for less than 4 years only is allowed to run again for a complete term. He argued that the same principle should also be applied to his case, as he served only less than two years of his 6-year term.

“If sa president nga eh, 4 years ‘yun, allowed kumpletuhin. Eh ako one year 10 months, hindi i-a-allow to run (If the president is allowed to complete his term if he served less than 4 years only – that’s 4 years; me, I only served one year and 10 months and they won’t allow me to run)? Where is the logic?” he asked.

The PDP-Laban president said he is expecting the issue to be brought before the Supreme Court.

“Because this is political, I expect somebody will probably question it so that there will be less candidates for senator. But I’m confident that if this is objectively decided, I will win,” said Pimentel. – Rappler.com