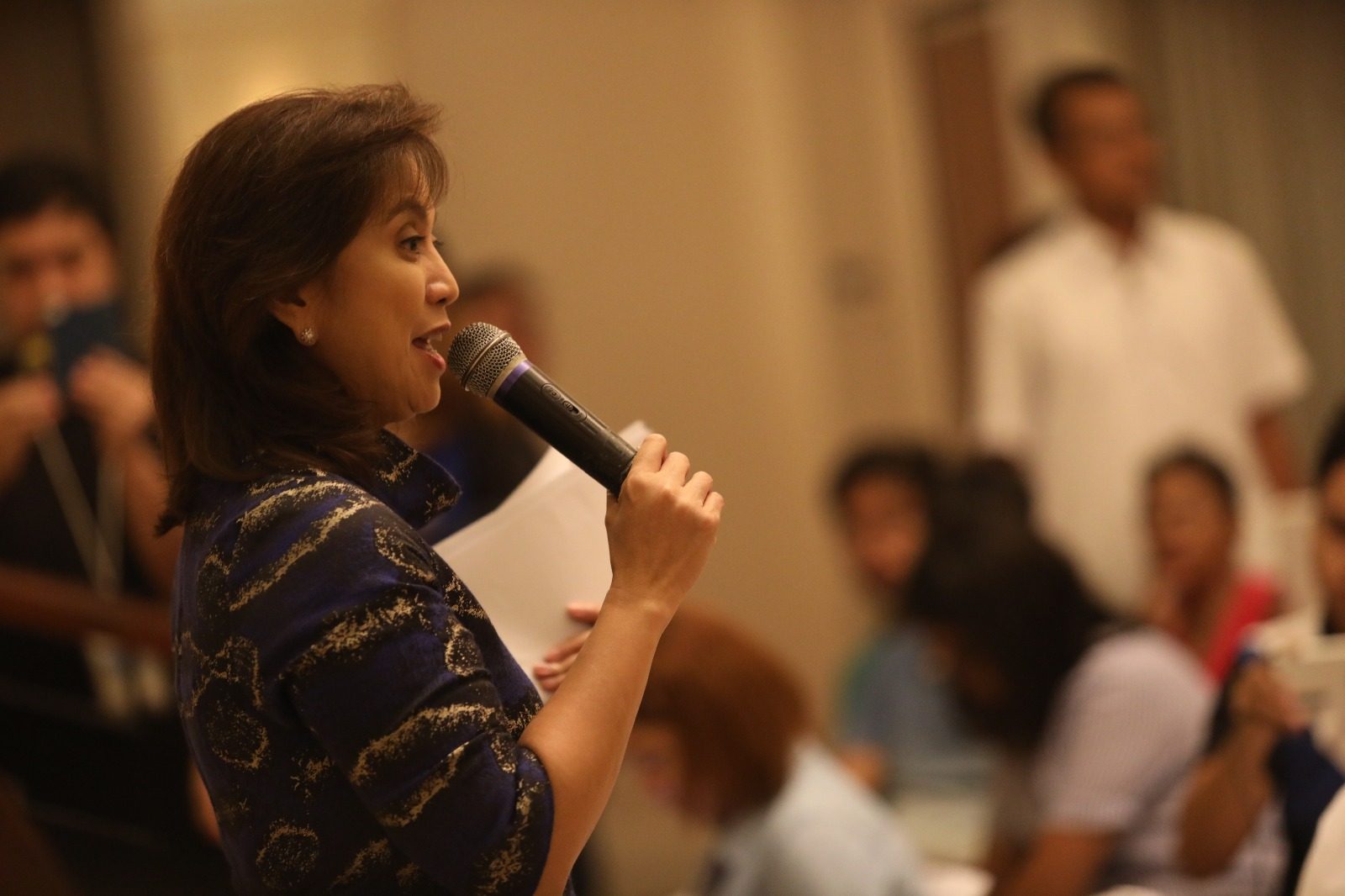 MANILA, Philippines – Vice President Leni Robredo said she supports the postponement of barangay elections but not the appointment of officials who will take over the posts that will be vacated.

“I think it is a backward step. Because once we appoint, there will be more than 42,000 barangay positions that should be filled,” said Robredo in a chance interview on Tuesday, March 28.

The Vice President, wife of the late interior secretary Jesse Robredo, said the postponement should be an opportunity to strengthen the independence of barangays and free them from political debts.

(It’s like we’re just going to go back to the time when barangay officials were beholden to the powers that be. They’ll try to get close to authorities so that they will be appointed.)

“Our concept of barangays, they should be apolitical,” Robredo also said in a mix of English and Filipino.

The proposal also gives President Rodrigo Duterte the power to appoint the officials who will fill the vacant positions, following the postponement.

Speaker Pantaleon Alvarez is also preparing a measure that will amend the Local Government Code of 1991 to fulfill the President’s plan of appointing officials. (READ: Alvarez confident Local Gov’t Code can be amended for barangay OICs)

This was after Duterte said he wants to appoint barangay officials if the polls this year will be postponed.

Last year, Duterte also signed a law that postponed the barangay and SK elections from October 2016 to the same month in 2017. – Rappler.com