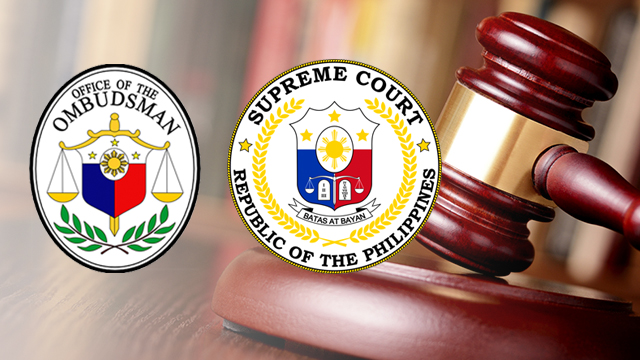 MANILA, Philippines – On March 27, lawyers of former Palawan governor Joel Reyes went to the anti-graft court Sandiganbayan to file his motion to dismiss the graft charges against him in connection to the fertilizer fund scam. His reason sounded all-too familiar: “inordinate delay.”

Reyes argued that the Office of the Ombudsman’s 12-year investigation of his case is a gross violation of his constitutional right to a speedy disposition of cases. The trend appears to be on Reyes’ side as only two weeks earlier, on March 15, the Sandiganbayan acquitted two of his co-accused in the same case because of inordinate delay.

According to data from the Office of the Ombudsman, from 2015 to 2016 alone, 44 public officials in 24 cases were acquitted of corruption charges because of inordinate delay at the level of the Ombudsman.

Delay is also a factor that might come into play in the rumored impeachment case buildup against Ombudsman Conchita Carpio Morales.

The Ombudsman has filed a case before the Supreme Court (SC) challenging the doctrine of inordinate delay, and petitioning the High Court to strike it down altogether.

The Ombudsman filed the petition before the SC in September 2016. On March 24, it filed a motion to have it referred to the SC en banc, because only a court sitting en banc can modify or reverse a doctrine or a principle of law.

The Ombudsman’s petition is suing the Sandiganbayan as a nominal respondent, because the meat of its case revolves around the March 2016 acquittal of former Government Service Insurance System (GSIS) president and general manager Winston Garcia because of inordinate delay.

Garcia and other previously accused are also respondents in the petition.

In its petition, the Ombudsman wants the SC to direct the Sandiganbayan to temporarily suspend the application of the inordinate delay doctrine to the cases it’s hearing. Sources told Rappler that the Ombudsman has also written Sandiganbayan Presiding Justice Amparo Cabotaje-Tang to seek her consideration on the issue.

“While these cases are pending, (the Ombudsman) continues to file informations under a cloud of uncertainty because of lack of clear and firm guidelines as to how Sandiganbayan interprets and appreciates the legal concept of inordinate delay,” reads the Ombudsman’s motion.

Section 16, Article III of the Constitution says that “all persons shall have the right to a speedy disposition of their cases before all judicial, quasi-judicial, or administrative bodies.”

Over the years, the SC has issued rulings which provide criteria of what constitute a delay in the disposition of cases. A guideline repeatedly used by both prosecutors and courts to defend “delays” is this SC standard: “The concept of speedy disposition is relative or flexible. A mere mathematical reckoning of the time involved is not sufficient. Particular regard must be taken of the facts and circumstances peculiar to each case.”

When it dismissed the charges against Garcia in 2016, the Sandiganbayan noted that the Commission on Audit (COA) filed its letter of complaint with the Ombudsman as early as 2005 but the fact-finding investigation was only finished in 2011. After 2011, it took the Ombudsman another 4 years to indict Garcia.

“Sandiganbayan undertook the mere mathematical reckoning that the Supreme Court explicitly cautioned against,” the Ombudsman said in its petition to the SC.

It added: “Sandiganbayan showed no realistic appreciation of how corruption cases progress through various bureaucratic channels in our country, and how much time is expended for every stage of the process.”

In various conversations with sources at the Office of the Ombudsman, officials were said to have reasoned that it really takes a long time to build a corruption case because no public official in their right mind would cheat or steal and leave a paper trail.

Cabotaje-Tang once called out the Ombudsman for the “deplorable” delays on its side.

“With all due respect, the refusal of Sandiganbayan to acknowledge the Ombudsman’s limitations is bordering on the unfair and unjust,” the Ombudsman said in its petition to the SC.

Fact-finding should not be counted

“A fact-finding investigation is confidential in nature, and the respondent does not even know, or is even unaware, of the said procedure, hence it should not form part of preliminary investigation,” the Ombudsman said.

The Sandiganbayan ruling in Garcia’s case explained that when the COA issued its report that contained supposed proof of irregularity, and passed that report to the Ombudsman, the complaint was already filed and criminal proceedings had started.

The Ombudsman said that the COA report does not initiate criminal proceedings because the Ombudsman “relies on its own independent judgment in the determination of probable cause.” (READ: Plunder and graft trials: How do cases proceed in the courts?)

The Ombudsman also claims that the Sandiganbayan has been confusing in its decisions, so far, saying that the court’s “interpretations of inordinate delay range from a high of 14 years to as short as 4 years.”

“This range is so wide that Sandiganbayan’s decisions have almost become confusing in their arbitrariness,” the Ombudsman’s petition said.

According to the Ombudsman, as the Sandiganbayan protects the right of an accused to speedy disposition, it is setting aside the “people’s equally important right to public justice.” (READ: Graft cases vs PCGG commissioners dismissed due to Ombudsman delays)

“It has the potential of emboldening malfeasors in government because of the perception of impunity that it engenders. It makes available a legal strategy – dilatory tactics –  to those who would want to subsequently benefit from them,” the Ombudsman’s petition said.

The Ombudsman and the Sandiganbayan are partners in holding corrupt officials accountable. However, the last years saw the two passing the buck to each other amid complaints of slow disposition of cases. While Cabotaje-Tang said the delay is at the Ombudsman level, former Ombudsman Simeon Marcelo said the bottleneck is at the anti-graft court.

“Even if Justice (Conchita Carpio) Morales can create a perfect Ombudsman’s office, she will not be able to suppress corruption because of the Sandiganbayan,” Marcelo said then.

Is this petition just another chapter in the love-hate story of the Ombudsman and the Sandiganbayan, or will the SC intervene and change the way they handle corruption at this time of continued acts of fraud and scams in government? – Rappler.com