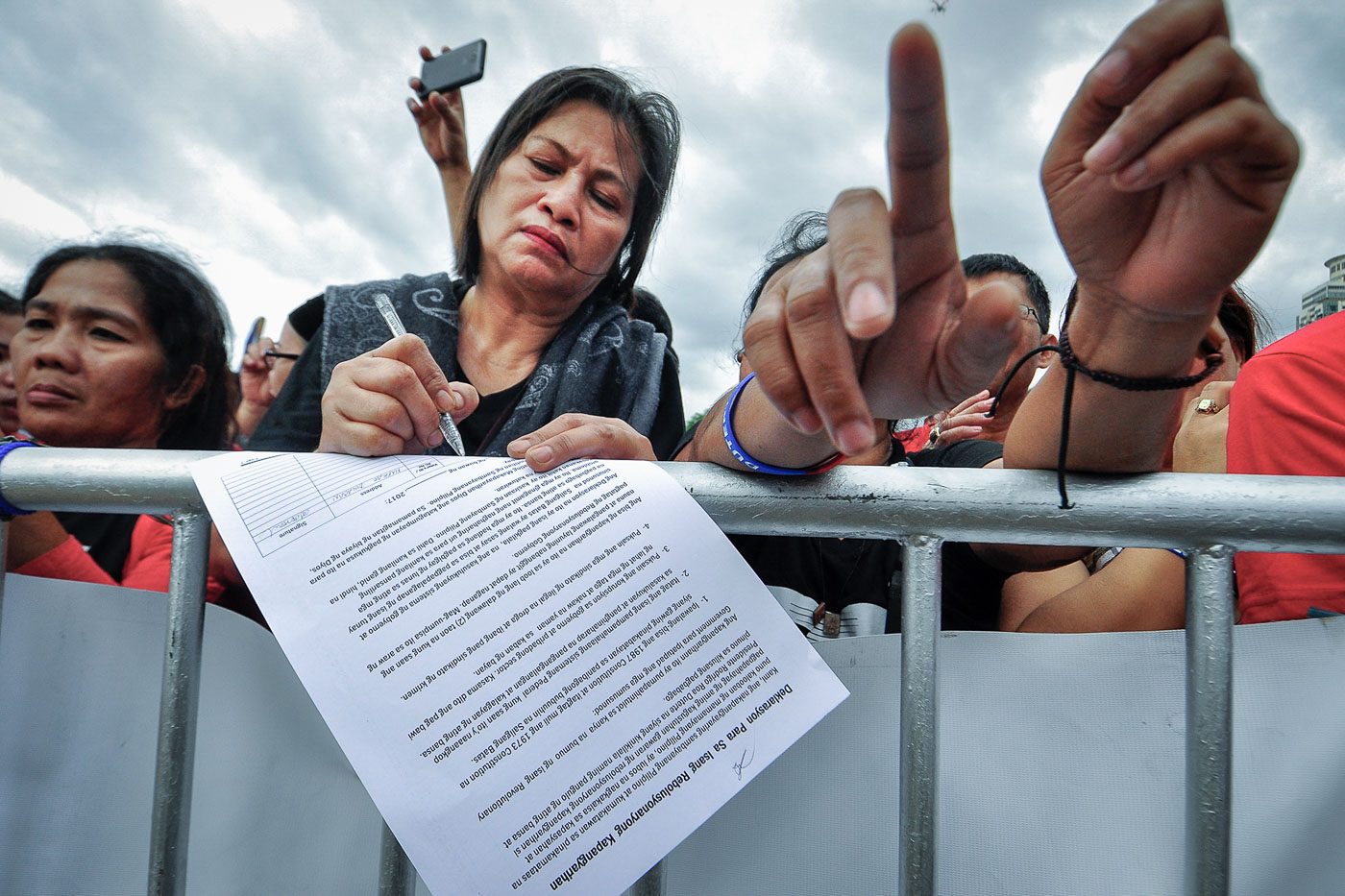 MANILA, Philippines – Supporters of President Rodrigo Duterte urged him in a rally at the Luneta to declare a revolutionary government.

During the rally on Sunday, April 2, Duterte supporters – which the police estimated to be at around 4,500 – were asked to sign a petition for the establishment of a revolutionary government. Actress Vivian Velez, one of the rally organizers, said they will campaign nationwide for it.

Duterte has not been shy about his wish to declare a revolutionary form of government. On the campaign trail last year, he said he will not hesitate to declare one if Congress gives him a hard time in implementing policies. He once said this would also help pave the way for a shift to a federal system of government, one of his key campaign promises. – Rappler.com