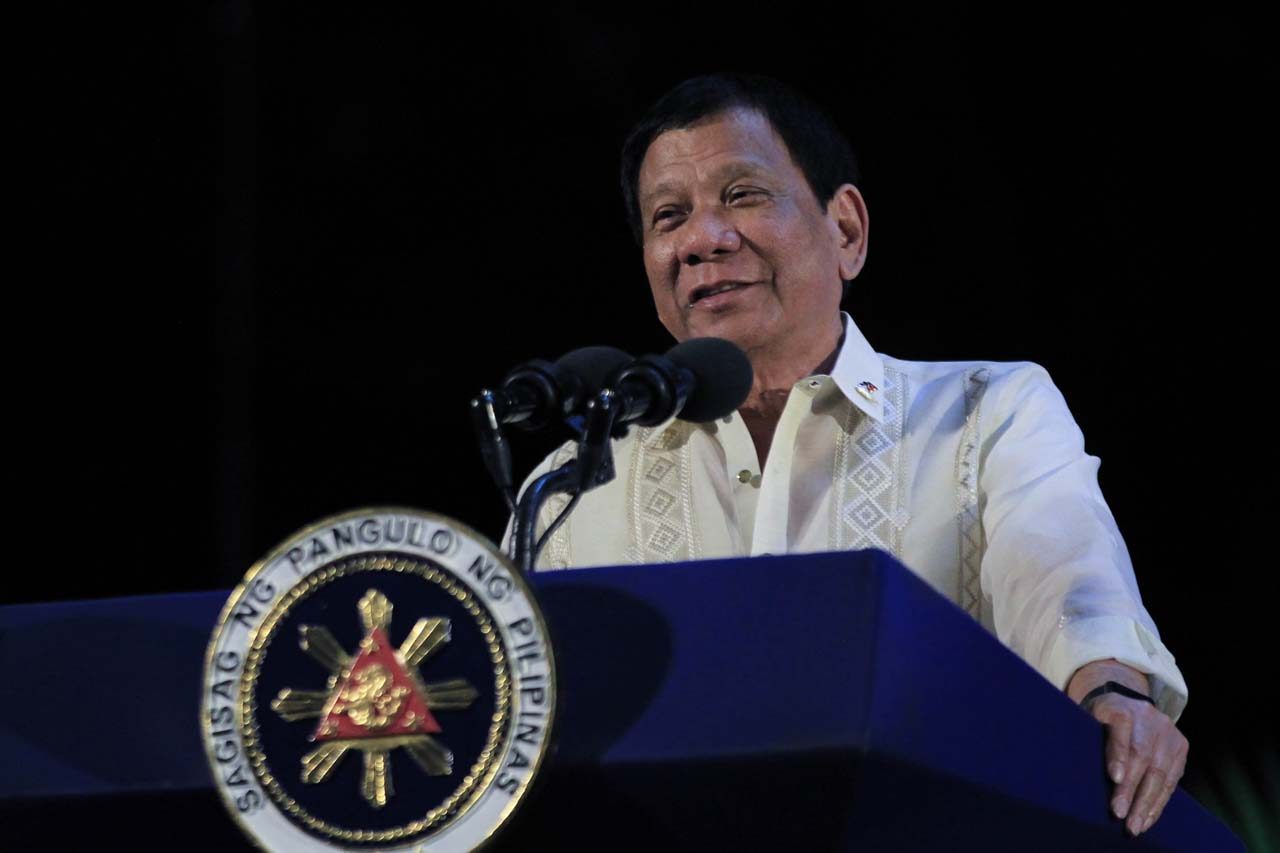 MANILA, Philippines – President Rodrigo Duterte is ready to give away government housing units in Bulacan to members of leftist group Kadamay who have been occupying the units since mid-March.

To the police and military personnel who were promised those same houses, Duterte gave assurances he will give them better ones by December.

“I will ask you soldiers and policemen, bitawan ‘nyo na lang ‘yan, ibigay na lang natin sa kanila kasi mahirap sila (just let the units go, let’s give it to them because they are poor),” said Duterte on Tuesday, April 4, during the anniversary of the Philippine Army.

Around 4,000 urban poor residents have taken over vacant housing units in resettlement sites in Pandi, Bulacan since March 8. The units have been unoccupied for 5 years, and Kadamay said the government should just give them away for free.

Duterte said he would ask the National Housing Authority (NHA) to look for suitable land for the “bigger” houses to be given to police and soldiers.

“I will look for other land nearby, or contiguous to the area and I will make better ones, with water and electricity,” he said in a mix of English and Filipino. (Read why government housing remains a problem for the poor: Why P600-a-month housing still a burden to the poor)

The President got the assurance of the NHA that it has enough funds for another housing project. Duterte promised to personally handle it.

“I will personally go there to supervise your housing project… I am making you a commitment and I guarantee that you will have yours,” said Duterte.

He asked Kadamay not to be violent against the police and military who are now in the housing complexes in Pandi to secure them at the request of the NHA.

“‘Yung mga Kadamay nandiyan, huwag ninyo galawin ‘yung sundalo at pulis kasi paalisin ko kayong lahat (You Kadamay there, don’t touch the soldiers and police because then I will kick all of you out),” said Duterte.

The President and the NHA previously threatened to evict the Kadamay members who occupied the housing units in Pandi.

But Kadamay, the NHA, the Armed Forces of the Philippines, and the Philippine National Police had already agreed to let the Kadamay members have the housing units during a meeting last March 27, according to a Philippine Star report.

The cops and soldiers who had been allotted units were given until May 30 to decide if they agreed with the decision.

The agreement came after the NHA was supposed to implement an eviction order against Kadamay which it had served last March 20. – Rappler.com