MANILA, Philippines – After a long day that took him from Manila to Nueva Ecija then to Pampanga, President Rodrigo Duterte attended the birthday party of former president and Pampanga 2nd District Representative Gloria Macapagal-Arroyo.

Marcos’ lawyer Vic Rodriguez confirmed to Rappler that Marcos was there.

“Yes, he attended and saw the President and [they] were both there as guests in celebration of GMA’s birthday,” he said.

Marcos attended another birthday party of Arroyo earlier that day in Pampanga. Duterte, however, was not able to drop by because he had other events during the day.

But he made time for Arroyo’s evening party held at her residence in La Vista Subdivision, Quezon City.

The President brought along with him his common-law wife Honeylet Avanceña and their 12-year-old daughter Veronica. 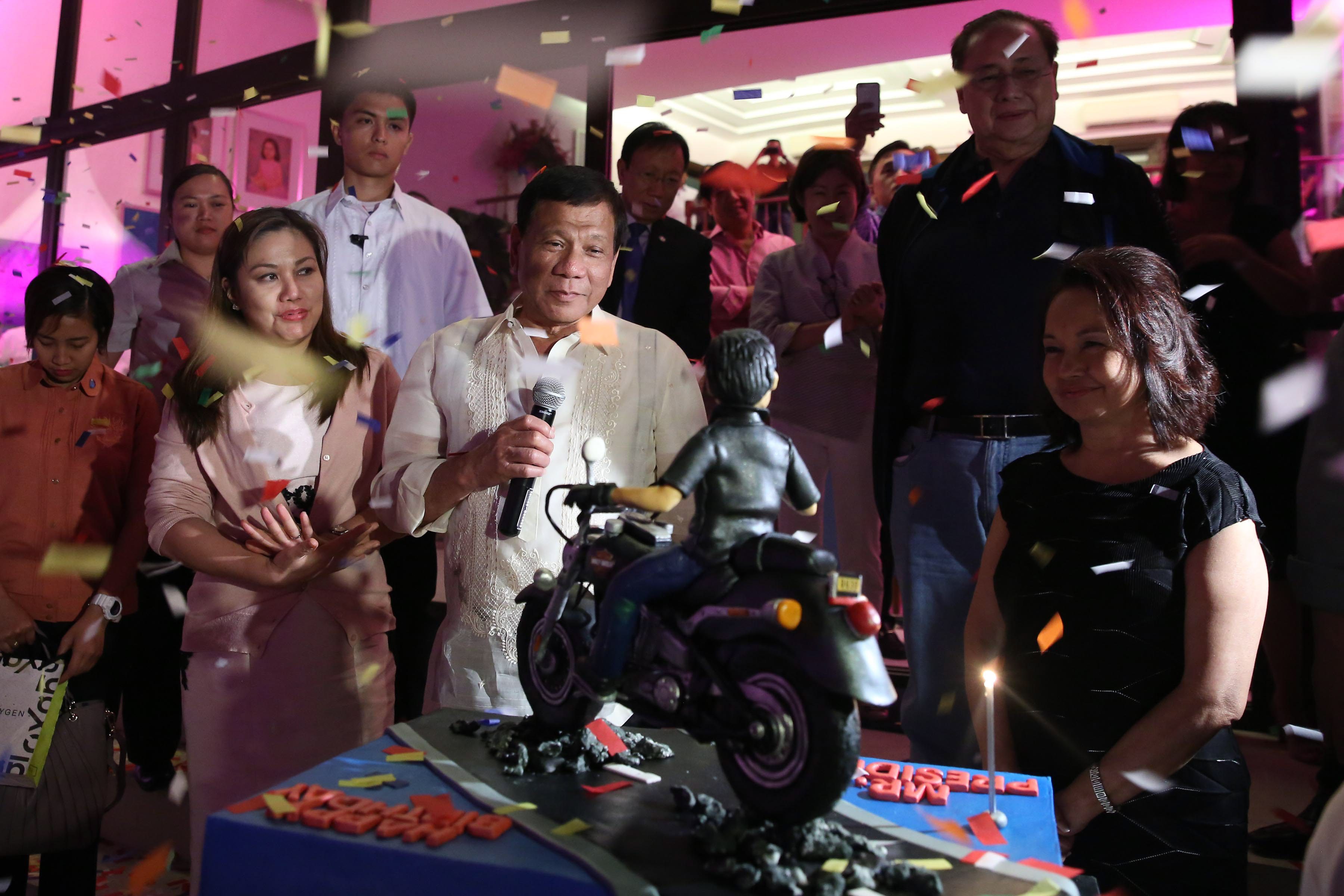 Marcos can be seen in one of the Malacañang photos standing near a staircase as Duterte and his family crowd around the birthday cake Arroyo surprised the President with. Duterte turned 72 last March 28.

At Arroyo’s earlier party, Marcos told media he could not refuse if Duterte offered him a Cabinet post.

The day before, Duterte had said Marcos was not likely to accept such an offer because it might affect his electoral protest. Marcos is contesting the victory of Vice President Leni Robredo, citing poll fraud.

But Marcos disputed this, saying the protest would only be affected if it were still election time.

Might the two have talked things over during Arroyo’s party? According to Rodriguez, the possible Cabinet post was not brought up.

“Both were there just to enjoy the night and did not talk politics nor anything about appointment,” he said. – Rappler.com