Apr 7, 2017 10:58 AM PHT
Patty Pasion
Facebook Twitter Copy URL
Copied
After the successful takeover of idle government housing in Bulacan, urban poor group Kadamay sets its eyes on other sites in the province 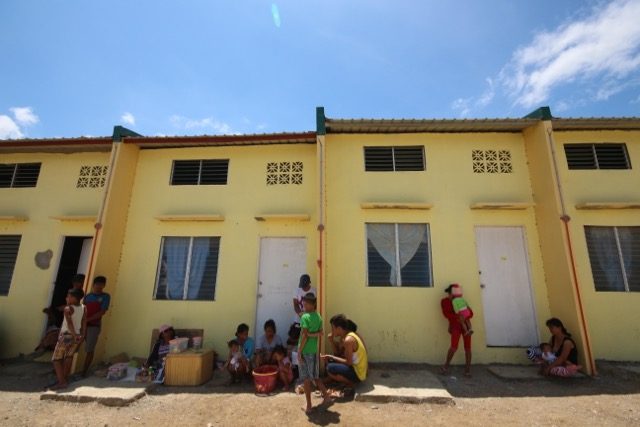 MANILA, Philippines – The onset of summer saw the success of a grand mobilization of poor Filipinos as they took over thousands of idle government housing units in Bulacan.

The “Occupy Bulacan” movement, Kadamay said, was in response to the continuing government “inaction” on distributing housing units that have been unoccupied for at least 5 years.

Bulacan, on the border of the northern district of Metro Manila, has been the preferred site of a number of relocation sites for informal settlers.

Consolidated data from the National Housing Authority (NHA), the Presidential Commission for the Urban Poor (PCUP), and Kadamay showed that there are around 36 housing projects located in 12 areas in the province.

These areas include the municipalities of Pandi, Bocaue, Marilao, Santa Maria, Norzagaray, Balagtas, Guiguinto, Plaridel, and Calumpit; and the cities of Meycauayan, San Jose del Monte, and Malolos. 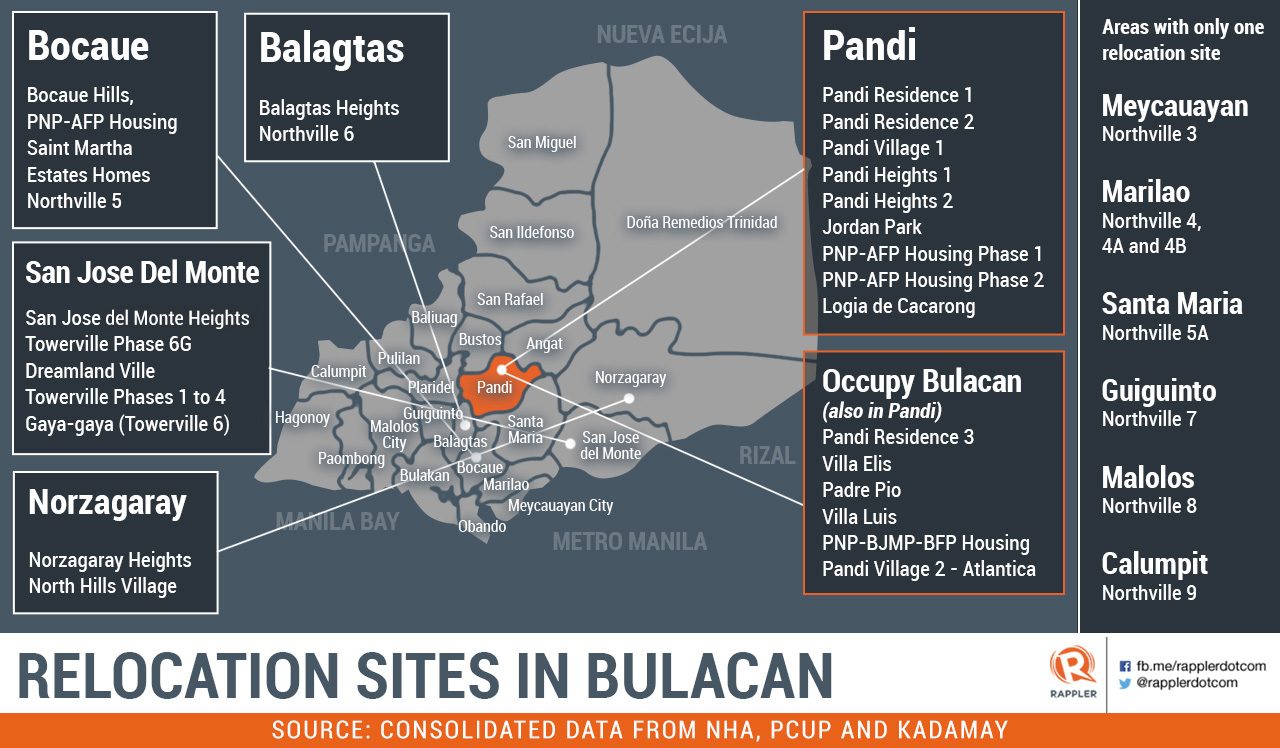 Fourteen of these sites were built prior to the administration of former President Benigno Aquino III, while 21 were built after 2012 and are considered new resettlement areas where there remain many unoccupied units. Most of the sites are intended for informal settlers while 3 are for the police and military.

Vice President Leni Robredo, former chair the Housing and Urban Development Coordinating Council (HUDCC), earlier bared the primary reason for the low occupancy in these areas: lack of basic utilities such as water, electricity; and the absence of livelihood opportunities.

Robredo had also earlier reported that 80% of the housing units intended for the police and military in Bulacan were unoccupied because they are far from their areas of assignment. The backlog in government housing is at 5.5 million.

Kadamay estimates that there are around 15,000 vacant housing units in Bulacan.  Its members have occupied more than 5,000 units in the following resettlement sites in Pandi:

Kadamay is seeking the amendment of the Urban Development Act of 1992 (UDHA), particularly the provision that encourages the participation of the private sector in government housing.

Kadamay blames the state’s partnership with the private sector for the prices of housing units and basic utilities that, it said, are beyond the means of the poor.

Was the takeover of idle government housing sites the appropriate action to take?

The group defended its actions, saying it was due to its frustration with its fruitless dialogues with housing officials.

Kadamay Secretary General Carlito Badion said it organized the people in Bulacan right after Duterte’s first State of the Nation Address in July 2016, to have a louder voice in demanding basic social services from the new administration.

It was at that time, he said, when it received complaints from the urban poor about the unoccupied units.

In August last year, Robredo visited the relocation sites and had a dialogue with Kadamay members in Bulacan where talks of the possible distribution were discussed.

Badion said a unity statement was drafted on September 5, 2016, calling for social services for the poor, including free housing. The statement was signed by Badion, Anakpawis Representative Ariel Casilao, and Angelita Aguila, HUDCC director for Legal, Anti-Squatting and External Affairs. A month later, on October 21, Kadamay had a dialogue with the NHA. The NHA agreed that the problem on the housing units should be addressed.

Badion said no action was taken after months of follow up until this year’s housing summit on February 8.

The occupants faced threats of eviction from the NHA and the President himself. But on April 4, Duterte himself told police and military beneficiaries of the housing units that he was giving away the homes to the Kadamay members “because they are poor.”

Two days later, however, the President told the military’s Western Command in Palawan that he would not allow Kadamay to get more housing units and implied that force would be used to ensure this.

As for the other sites, the NHA is currently assessing how many units may be given to the members who illegally occupied the units since there were 50,000 walk-in applicants for resettlement that it has to accommodate.

Despite these developments, Kadamay will continue its bid for free housing. Badion said Kadamay is eyeing to occupy more idle housing units in other Bulacan towns. – Rappler.com