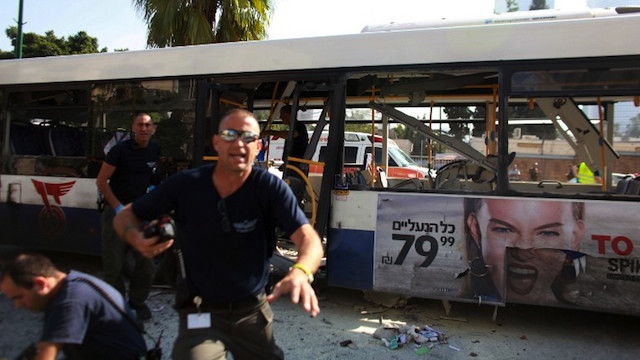 Israeli police have arrested a man suspected to be involved in a Wednesday bombing of a bus in Tel Aviv which left 17 injured. The suspect, an Arab-Israeli from Taibeh in Israel, detonated the bomb using a cellphone, and allegedly acted on orders from Hamas and Islamic Jihad, according to Israeli police spokesperson Mickey Rosenfeld. An investigation on the blast is ongoing. The bombing occurred as the US, the UN, and the Egyptian government tried to broker a truce between Israel and Hamas. The ceasefire was declared a few hours later at 1900 GMT on Wednesday.

Read about the bombing on Rappler, the arrest on CNN and the Gaza truce on Rappler