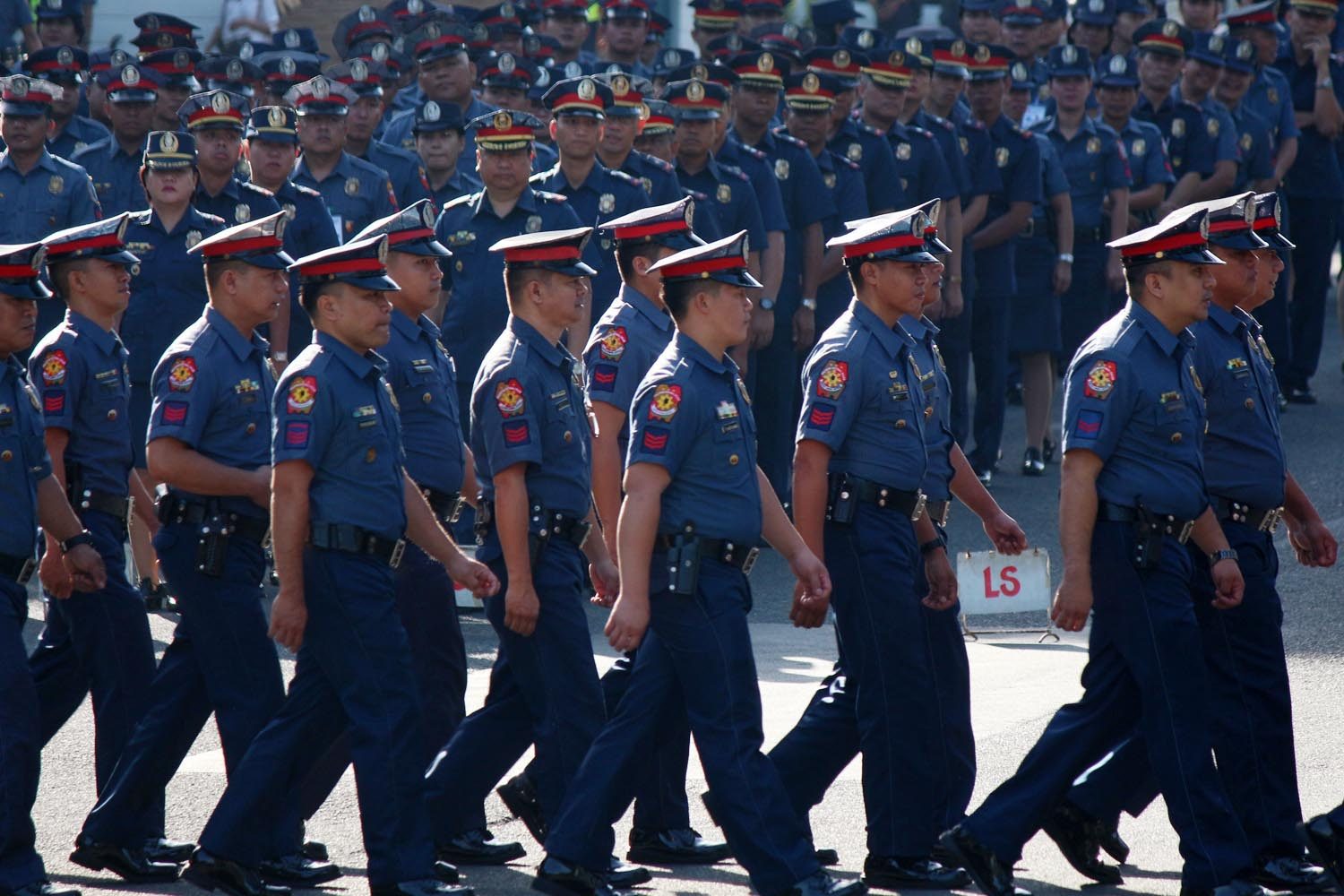 Facebook Twitter Copy URL
Copied
A day after the country remembers the heroism of those slain during the fall of Bataan, the PNP honors cops who went above and beyond the call of duty

MANILA, Philippines – An off-duty cop who successfully neutralized armed bus robbers was given a promotion based on merit on Monday, April 10.

Police Office 2 Joselito Lantano, currently assigned to the Police Security and Protection Group (PSPG), was on board a passenger bus along EDSA on April 4 when 3 armed men announced a “holdup.” Around 20 passengers were inside the bus.

According to a Facebook post by one of the passengers, one of the suspects fired his .38 caliber revolver inside the bus. He then started shouting at the driver, telling him not to stop driving.

Lantano, according to the post, introduced himself as a policeman and shot at the armed robber, who then tried to aim his own gun at the bus driver. The policeman then shot at the robber again, killing him.

Lantano then told the passengers in the bus not to move, since he suspected that the slain robber still had cohorts inside. He then instructed the bus driver to stop at a nearby Quezon City Police District mobile car, where on-duty police officers helped arrest two more suspects. They recovered twomore .38 caliber revolvers, live ammunition, a fan knife, and other evidence, according to the PNP.

“By this accomplishment, PO2 Lantano earned honor and credit not only for themselves for also for the Philippine National Police,” read Lantano’s citation during the Monday flag-raising program at Camp Crame.

Also recognized on Monday, April 10, were 3 cops who rescued a baby who was abandoned by his mother, suspected to have been high on illegal substances.

PO2 Carolina del Rosario, PO1 Randy del Rosario and PO1 Arce James Saique responded to call about a infant supposedly being drowned by his own mother. The 3 cops asked for the help of the Philippine Coast Guard. The baby is now in the care of the Social Welfare Department, while the mother faces criminal charges. – Rappler.com