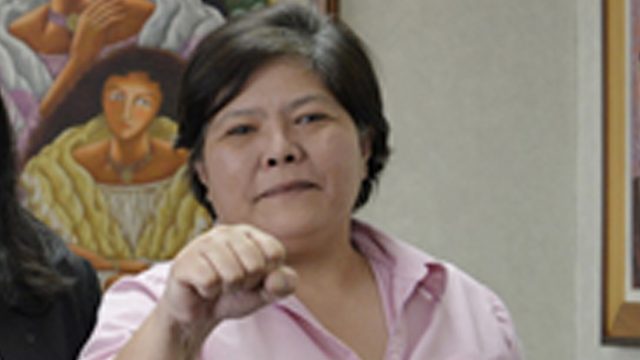 MANILA, Philippines – The Philippine Health Insurance Corporation (PhilHealth) board of directors has named a new interim president and chief executive officer (PCEO) on Monday, April 10, amid a supposed rift between Health Secretary Paulyn Ubial and Hildegardes Dineros, who last led the agency.

“Dr De la Serna shall serve as Interim/OIC PCEO pending nomination to be made by the President of the Philippines and subsequent election by the Board of a regular PCEO,” according to the advisory.

A source told Rappler that Ubial – chair of the PhilHealth board – called for Monday’s emergency board meeting to withdraw Dineros’ interim appointment and to name another board member as interim PCEO.

Ubial earlier questioned Dineros’ authority to reassign senior officials of PhilHealth, saying that, as interim PCEO, it is “not within his powers to reassign people.”

An Inquirer report said Dineros, who was named interim PCEO in March, ordered the reassignment of over 40 officers and personnel of PhilHealth.

The health secretary told Rappler that, unlike former acting PhilHealth president Ramon Aristoza who had “all powers of the actual position,” Dineros’ interim position “takes care of day-to-day routine functions with imprimatur that the position is temporary and can be replaced anytime.”

Ubial said she “gave” Aristoza the position of acting PhilHealth president because he was next in rank and knew the workings in the agency. But Dineros’ position, she said, is “in fact temporary until President Duterte appoints a permanent PCEO.”

“He is not authorized to do that! For me such reassignment should have process of selection and placement,” she told Rappler in a text message.

But Dineros maintained he had the authority to propose the reassignments. In a text message to Rappler, he said he wanted to reassign PhilHealth officials “to facilitate smooth implementation of policies.”

According to the April 10 advisory, the PhilHealth board declared all personnel appointments, designations, or reassignments issued by Dineros as “void ab initio for having been made without proper authority.”

She previously served as hospital chief of Maribojoc Community Hospital and Cong. Natalio P. Castillo Sr. Memorial Hospital before her appointment to the PhilHealth board.