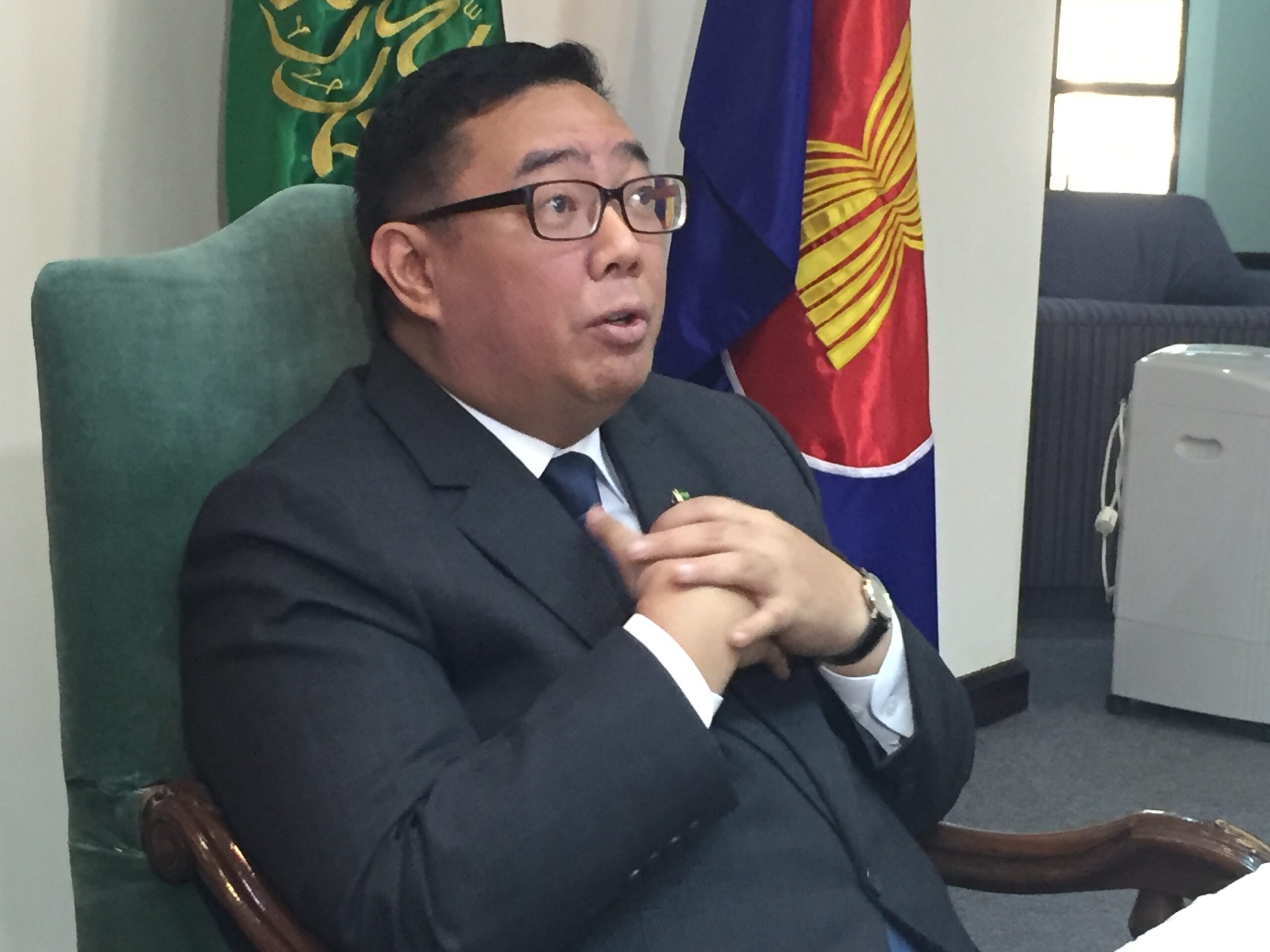 The two countries will sign this deal during Philippine President Rodrigo Duterte’s state visit to Riyadh from April 10 to 12.

(The basic agreement here of course is the protection of Filipino workers here in Saudi Arabia from deployment to employment.)

Arribas explained that there had already been a previous labor agreement between the two countries “on the deployment of household service workers.”

He said the upcoming labor agreement “is an effort to improve previous agreements because it’s always a process of consultation and improvement of the relationship.”

In his briefing with reporters, Arribas also said the Philippines will sign two other agreements during Duterte’s visit here:

Saudi Arabia is Duterte’s first stop during his 3-country trip to the Middle East while the Philippines marks Holy Week.

Duterte is scheduled to visit Bahrain and Qatar after Saudi Arabia, as he hopes “to inspire people making a living in these countries.”

(The visit of our President here is an opportunity to widen and strengthen our relationship with Saudi Arabia, at the same time to really give attention to the welfare of our countrymen here.)

In his departure speech at the Davao International Airport on Monday, Duterte said he would “bring home” some OFWs on death row if they are granted clemency.

“I will fly them home. Pagdating ko dito, dala ko na ‘yung iba (When I return to the Philippines, I’ll be bringing some of them home).” – Rappler.com