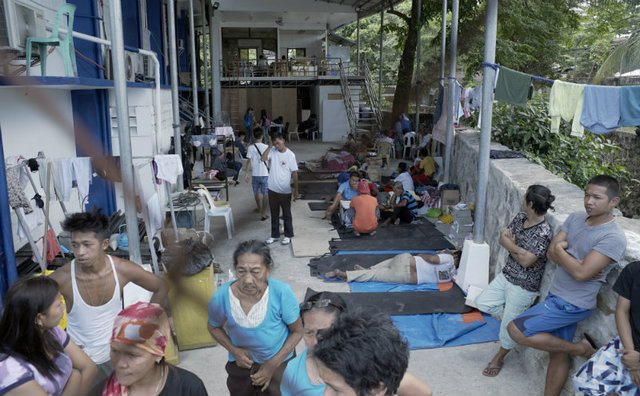 MANILA, Philippines (UPDATED) – After spending 9 days in Camp Karingal, the 40 Kalipunan ng Damayang Mahihirap (Kadamay) members who were detained over a housing protest were released on bail on Wednesday, April 12.

The release comes ahead of the courts’ closure for the Holy Week.

“While they should have already been released on bail, authorities have been blatantly delaying the process so that they may be transferred to the Quezon City Jail,” Kadamay said in a statement.

Police arrested on April 3 some 80 members of Kadamay after they occupied a vacant housing area in Barangay Apollo, Tandang Sora, that was demolished last year before President Rodrigo Duterte took his oath. The oldest from the group is 83-year old Epifana Rufa. (READ: Daughter of oldest detained Kadamay member seeks mother’s release)

Kadamay chairperson Gloria Arellano said they occupied the area since they did see any project being built there 9 months after they were driven away. (WATCH: Kadamay’s #OccupyPabahay: Anarchy or just cause?)

KADAMAY questioned the police about the delay in the release of the certificate of detention for the detained members. Only 34 of the detained 40 were also officially recognized by the police.

“Kayo nang-aresto, kayo nanghuli tapos biglang hindi niyo pala kilala?” Arellano asked.  (You arrested them. You detained them despite failing to identify all of them?)

“They haven’t posted bail yet. Since the court only operated until afternoon today, Wednesday, they can’t make it that is why they are requesting for them not to be transferred to the city jail as there is already commitment order from the court,” Eleazar explained in mixed Filipino and English.

The police agreed despite a court order to transfer the detainees to the custody of the Bureau of Jail Management and Penology (BJMP), according to Eleazar. “Iva-violate ang commitment ng order ng court. I will take the risk for their humanitarian concern. Pinagbibigyan na nga sila eh,” Eleazar added. (We will violate the commitment stated in the court order for humanitarian reasons.)

On Monday, April 10, Department of Social Welfare and Development (DSWD) Undersecretary Malou Turalde, together with some employees of the DSWD Central Office, also checked the condition of the 8 detained senior citizens. 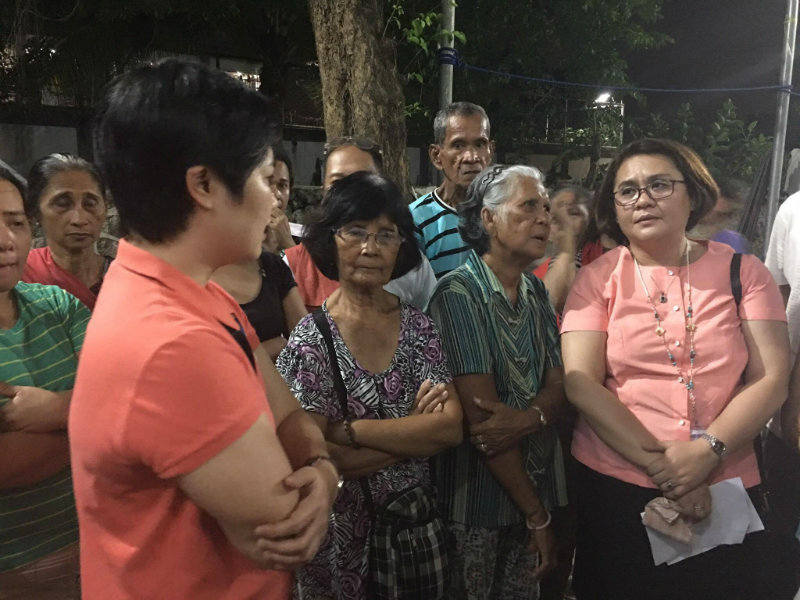 Turalde expressed concern over the senior citizens’ plight. Their age ranges from 64 to 83.

(Their situation prior to detention is already difficult, and being detained at Camp Karingal is even more deplorable. We appeal for their release as a show of compassion considering their old age and well-being.)

Some of the detained senior citizens are suffering from heart ailment, hypertension, and diabetes. (READ:  Taguiwalo appeals for release of detained elderly Kadamay members) – Rappler.com