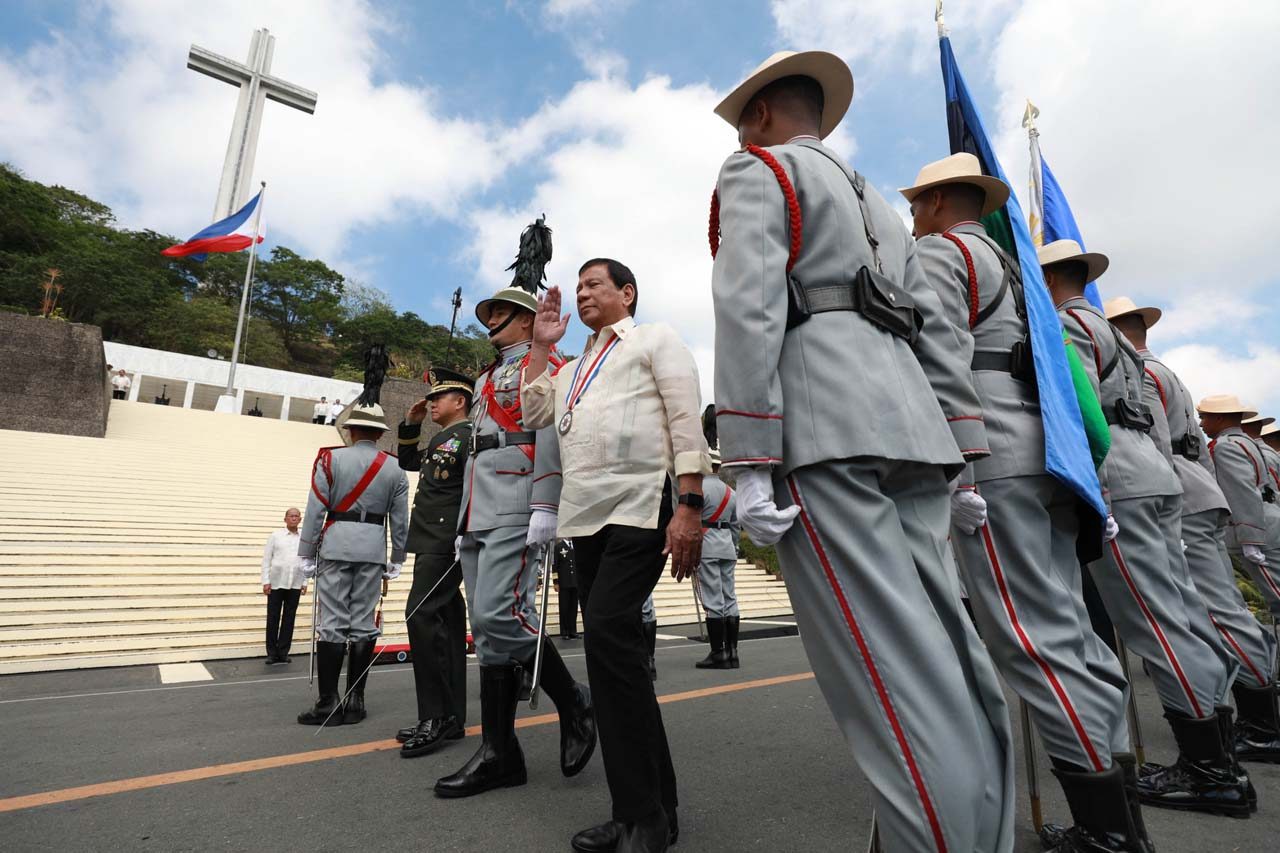 The EO, released to media on Monday, April 17, states that the Order of Lapu-Lapu is to be awarded to officials, government personnel, and private citizens “in recognition of invaluable or extraordinary service in relation to a campaign or advocacy of the President.”

It is divided into 3 types of medals: Lapu-Lapu Medal, Kalasag Medal, and Kampilan Medal.

The Lapu-Lapu Medal will go to those who “contributed significantly” to the success of an activity related to one of Duterte’s campaigns or advocacies.

The Kalasag Medal is for individuals who lost their lives or property due to their participation in an activity in line with a Duterte advocacy.

The Kampilan Medal will be conferred on persons who are seriously injured due to their participation in such an activity or event.

Candidates for the Order will be nominated by the heads of agencies in charge of the activity or event. A committee – composed of an official from the Office of the Executive Secretary to serve as head, and two Presidential Management Staff personnel to serve as members – will make the final recommendation to the President on who shall receive the awards.

The Order of Lapu-Lapu is named after the ruler of Mactan, Cebu, who is regarded as the first Filipino hero since he was the first native to resist Spanish colonizers.

During the 2016 presidential campaign, Duterte complained, to great effect, of how Lapu-Lapu has not been honored in the same way other Luzon-based heroes have.

Back then, he promised to create a Lapu-Lapu Day. – Rappler.com