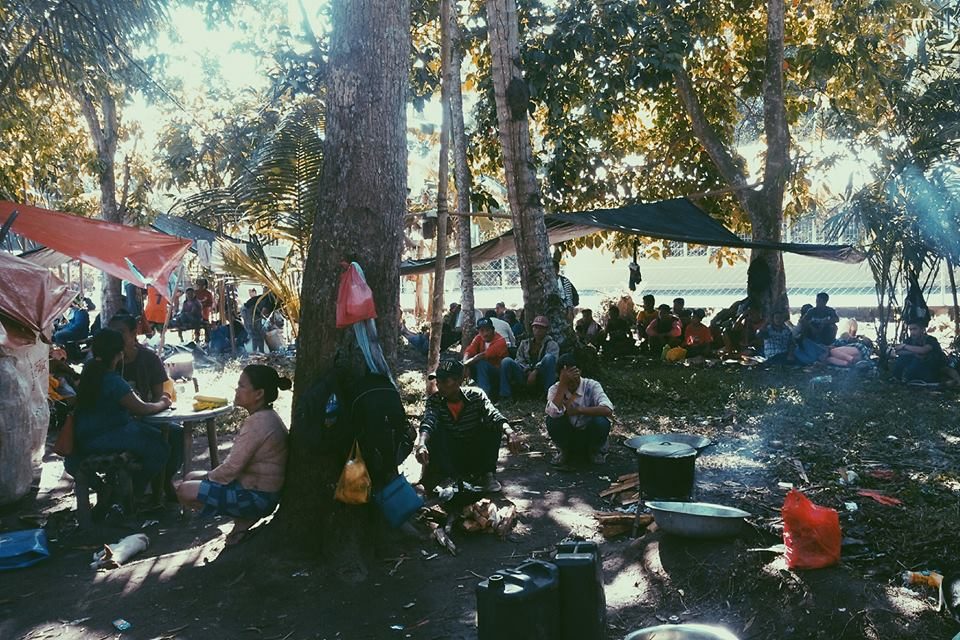 Facebook Twitter Copy URL
Copied
Lapanday says it has a valid contract with a cooperative whose members were awarded the lands. A breakaway group wants to claim their share of the property.

In a statement, LFC said that the 0.79-hectare portion covered by the order released last April 11 has been awarded and is currently under a “collective title issued in the name of all the members of Hijo Employees Agrarian Reform Beneficiaries Cooperative-1 (Hearbco-1).”

“Hearbco-1 has an existing and valid contract with LFC to manage portions of the plantation,” said the corporation. LFC is currently managing the San Isidro Farm in Tagum, Davao del Norte.

Since it has already been awarded to Hearbco-1 by the DAR itself, it cannot install the members of the Madaum Agrarian Reform Beneficiaries Association Incorporated (Marbai), a group of 154 farmers that DAR Secretary Rafael Mariano favored in his order.

Marbai broke away from Hearbco-1 beause it did not want to engage in another contract with the LFC.

“The claims of Marbai, whose members voluntarily left their land in 2011, cannot overturn the installation of Hearbco-1 members on their land,” the LFC said.

Marbai, meanwhile, refutes Lapanday’s claim, its members saying they were forcibly ejected from their lands in 2016.

“This DAR action defies the final and executory orders of the court. Ironically, the members of this breakaway group participated in the resolution of the legal dispute. Thus, they are bound by the subsequent legal orders that have now become final and executory,” LFC added.

DAR, on the other hand, has postponed the installation of Marbai farmers due to the lack of police backup amid the reported deployment of 800 armed security guards to the banana plantation.

In a press conference on Tuesday afternoon, Mariano said that the police ” nvoked technicalities and cited the lack of operational plan for the installation despite meeting with local DAR officials for a pre-installation conference last April 17.”

Mariano was in Davao del Norte to talk to Governor Anthony del Rosario for the “peaceful installation” of Marbai members.

In December 2016, DAR issued a cease and desist order to LFC after receiving reports of harassment of the Marbai farmers who were trying to reclaim their lands.

DAR said all 159 agrarian reform beneficiaries who are part of Marbai own the 0.79-hectare portion of the plantation. They received their Certificate of Land Ownership Award back in 1996 under the Comprehensive Agrarian Reform Program. – Rappler.com