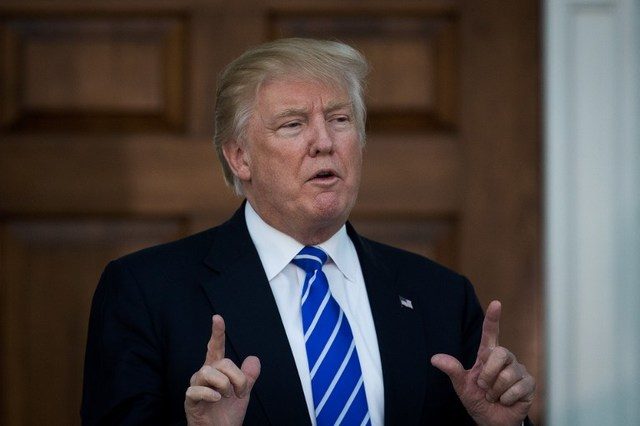 MANILA, Philippines – US President Donald Trump “verbally” confirmed his attendance to the 31st Association of Southeast Asian Nations (ASEAN) Summit and Related Meetings in the Philippines in November, the official in charge of the event said on Wednesday, April 19.

Ambassador Marciano Paynor Jr,  Director-General for Operations of the ASEAN 2017 National Organizing Council, made the statement during a Palace press conference on Wednesday, when asked whether Trump had confirmed his attendance to the November summit.

“As of now, President Trump, for instance, when President Duterte called him up to congratulate him, had already indicated that he is coming in November. At least verbally, he said he is coming,” said Paynor.

If Trump does not attend the Belt and Road Summit in China in May, the ASEAN Summit in November will be the first time that he will meet Duterte.

Duterte is scheduled to participate in the China summit. Trump is not among the Western leaders who have confirmed attendance to the mid-May event.

Duterte called Trump in December 2016 to congratulate him on his victory in the US presidential elections. The two apparently hit it off, especially after the US leader wished him well on his much-criticized war on drugs. (READ: ‘Rapport’ between Duterte, Trump signals ‘improving’ PH-US ties)

Duterte had often recalled his phone conversation with Trump in public events, complete with an impersonation of the controversial US leader. He, however, did not mention Trump’s verbal assurance that he would attend the ASEAN Summit.

Paynor expects “100%” attendance of ASEAN leaders and their dialogue partners to the November summit.

“Multilateral meetings of this sort, you usually expect 100% attendance. Many of the leaders who do not attend do so because of internal issues,” he said.

Aside from the leaders of the 9 other ASEAN member states, leaders of the US, Japan, China, South Korea, Australia, New Zealand, and other dialogue partners of the regional grouping are expected to grace the event.

Paynor, however, said there might be “one or two” leaders who may not be able to come. – Rappler.com